Wagenseil, Wagner and the Mastersingers of Nuremberg

By a neat coincidence, an enquiry about a work by Johann Christoph Wagenseil arrived in the same week that I attended a performance of Richard Wagner’s Die Meistersinger von Nürnberg at the Royal Opera. Why a neat coincidence? Because an important source for Wagner’s opera was another work by Wagenseil, a history of Nuremberg with an appended study of the Meistersinger, or Mastersingers, and their art, especially as it developed in the city. 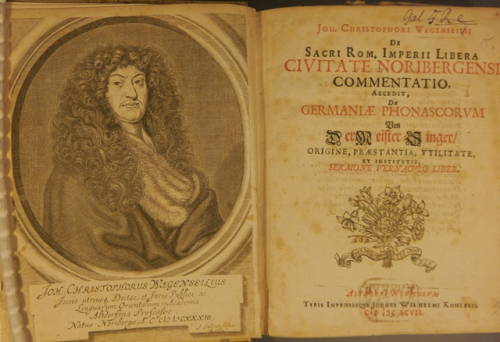 The precise origins of the historical Mastersingers are not entirely clear, but their schools or guilds developed in the late middle ages and their heyday was in the early 16th century. Wagenseil reports the tradition that the Mastersingers looked back to ‘Twelve Old Masters’, including the mediaeval poets Wolfram von Eschenbach and Walther von der Vogelweide – although in the opera the pedantic town clerk Beckmesser dismisses the latter as a master because he is ‘long since dead’ and would have known nothing of the guild’s rules.

In Wagner’s story, the knight Walther von Stolzing seeks admission to Nuremberg’s guild of Mastersingers in the hope of winning the hand of his beloved Eva Pogner at the St John’s Day singing contest. Among the masters he is opposed by rival suitor Beckmesser and assisted by the shoemaker Hans Sachs, who has to set aside his own feelings for Eva. In the first act Walther auditions for the guild and the Masters are shocked by his untutored efforts, which break all their rules and are especially condemned by Beckmesser, who judges the song in his official role as ‘Marker’.

Wagner took many details of the Mastersingers’ rules and ceremonies from Wagenseil. The list of sometimes bizarre names for the guild’s approved tones, which Sachs’s apprentice David reels off to the baffled Walther, all come from Wagenseil, and the rules of the ‘Tabulatur’ which the master Fritz Kothner recites before Walther’s audition for the guild cleverly reflect in verse the rules described by Wagenseil in prose. 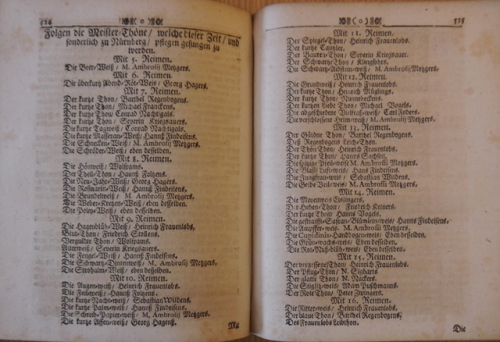 A selection of the Mastersingers’ tones, from Wagenseil’s book

Walther’s experience of the ‘Singschule’ also follows Wagenseil’s description, including the time and place: following a service at St Catherine’s Church. One key difference, however, is that where Wagenseil describes four Markers, each with a specific task, Wagner has only one, in order to highlight the contrast and rivalry between Walther and Beckmesser.

Even the Masters’ names come from Wagenseil, who lists 12 ‘old masters’ of the Nuremberg guild. Wagner uses all of these (with some minor changes), but attributes a selection of trades to them which are not mentioned by Wagenseil. As Wagner also needed to add Hans Sachs to his list and presumably wanted to avoid the odd and unlucky number of 13 masters on stage, one of Wagenseil’s line-up, Niclaus (In Wagner’s libretto Niklaus) Vogel, is absent from the action, reported sick by his apprentice during the roll-call.

For all its basis in Wagenseil’s work, Wagner’s opera presents a romantic and idealised view of the Mastersingers as a core part of a community where art and work go hand in hand, and where the townspeople share an instinctive appreciation of true art. The guilds actually had little public or popular resonance, but were more of a closed circle. Those who did become popular writers, such as the real Hans Sachs, tended to be known for other works, not least because their Meistergesang was performed only at the guild’s meetings and preserved only in manuscript among the members.

In fact one of the historical Sachs’s works features in the opera: the opening lines of his poem in praise of Martin Luther, Die Wittenbergisch Nachtigall, are sung in act 3 by an admiring chorus in praise of Sachs himself. But its poetic form is not that of authentic Meistergesang, and nor is the musical setting of the chorus. 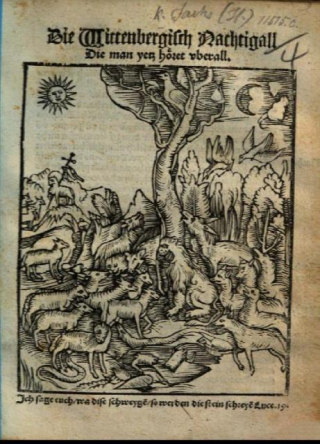 Indeed, it seems that Wagner took little inspiration for the actual music of the opera from Wagenseil’s work: according to the musicologist Annalise Smith, it is only the songs of the rule-obsessed Beckmesser that closely follow the guidelines cited by Wagenseil. But since Wagner’s plot is concerned in part with the importance of change and innovation in artistic practice, and since he gently mocks many of the rules quoted from Wagenseil, perhaps this is only fitting. 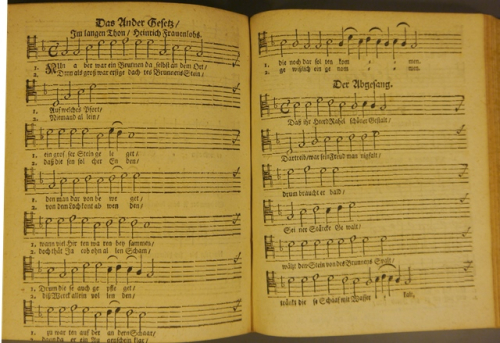