On 21 April it was announced that this year’s European Union Prize for Literature had been awarded to a Czech writer with Bulgarian roots, Bianca Bellová, for her novel Jezero (‘The Lake’). She will receive the prize of 5000 euros at a ceremony in Brussels on May 23. The novel also won the Czech Magnesia Litera Award  for the book of the year recently. 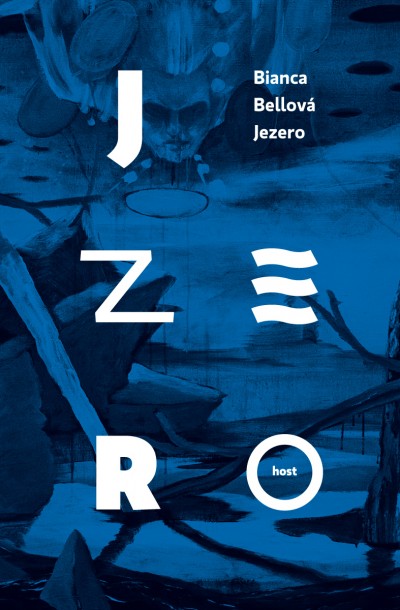 The European Union Prize, established in 2009, is awarded annually to writers from the EU member states, Iceland, Liechtenstein, Norway and the EU candidate countries to enable them to have their books published abroad and address a wider public. It also aims to promote better understanding among nations, and over 60 of the winning books have been translated into three to four languages on average. The jury usually selects writers from 12 countries as the EU award laureates. In recent years the prize has twice been conferred on Czech authors: Jan Němec received it for his novel about the avant-garde photographer František Drtikol, Dějiny svetla (‘The History of Light’: Brno, 2013; YF.2014.a.9528), in 2014, and Tomáš Zmeskal for his debut novel Milostný dopis klinovým písmem (‘Love Letter in Cuneiform Script’) in 2011.

Bellová was born in 1970 in Prague, where she studied economics, going on to write for newspapers and periodicals and work for multinational companies before embarking on a career as a translator and interpreter from English. She made her literary debut with Sentimentální román (‘Sentimental Novel’; 2009), followed by the novellas Mrtvý muž (‘The Dead Man’; 2011) and Celý den se nic nestane (‘Nothing Happens All Day Long’; 2013). The first of these is the story of a traumatized family during the 1970s and 80s – the grandfather had been a victim of the regime (the book opens with the sentence ‘They hanged Grandad in September 1950’), the grandmother fights against it, the mother is on the verge of a complete breakdown, and the father experiences his own ‘coming out’ during the Velvet Revolution, while the children – the protagonist Hana and her twin brother David – play at being the Mašín brothers who fought the Communists in the 1950s and the ‘communist bastards’. In the second, set in a hotel which is preparing for a wake, an employee, Marta, is trying to communicate with her 16-year-old daughter Lola, while both of them miss Esterházy, a man who has abandoned them both.

Bellová also wrote a number of short stories. One of these, Přijela tetička Lidka (‘Along came Auntie Lidka’), appears in a collection held by the British Library, Možná si porozumíme (‘We may come to understand each other’), together with stories by other well-known contemporary Czech authors including Petra Soukupová and Michal Viewegh. Jezero is the story of a boy, Nami, trying to find his mother in a distant region reminiscent of the shores of the Aral Sea. We follow him as he lives rough in search of work, standing hopefully in line day after day until he finally gets a backbreaking job as a stevedore at the port and then as an asphalt-layer in a sulphur factory. By night he sleeps in a squalid dormitory where his meagre savings are stolen and he is plagued by bedbugs; we witness the creeping brutalization of his fellow-workers whose sole pleasures are smoking and a weekly trip to the brothel, and the gradual breakdown of their health and hygiene as, covered in sulphur-dust, they stagger back at night too exhausted to wash or clean their teeth before collapsing into bed. This in turn mirrors the degradation of their environment - a fishing village at the end of the world on a lake that is drying up and, ominously, pushing out its banks.

Yet Nami cherishes memories of Zaza, his first love, whom he lost to Russian soldiers, and dreams of being reunited with his mother although he cannot remember her face or even her name. His quest for her takes him on a pilgrimage across the lake and around its shores; despite the highly topical themes of pollution and the slow poisoning of the atmosphere and the landscape, human relationships and individual souls, the eternal figure of the young hero, a Parsifal for our times, testifies to the endurance of hope in the midst of intolerable bleakness.