Among various collections of visual material at the British Library we have a collection of postcards (HS.74/2027) published by the pioneer of postcard production in Russia, the Society of Saint Eugenia. The Society started as a charity organisation to support  nurses who had served in the Russian army during the Russo-Turkish War of 1877-1878, but after the war had no means of livelihood. Supported by artists and elites the society was patronised by Princess Eugenia of Leuchtenberg (1845-1925), a cousin of Tsar Alexander III, father of Nicholas II.

The Society supported hospitals, subsidised nursing homes and organised learning courses for young nurses to prepare them for work at the front in the war-time. To fund its activities, the Society started a publishing business, producing popular and commercially viable picture postcards with landscapes, photographs, art works reproduced on cards and made especially for the postcard format. Artists close to the World of Art group as well as other famous and popular painters and illustrators, such as Dmitrii Mitrokhin, Nikolai Samokish, Stepan Iaremich and many others took active part in the work of the society and contributed their art works to the print production of the Society.

The first printing endeavour of the Society was a decorative envelope for Easter 1896. Under a different name the Society continued its work after the Russian Revolution in 1917 and in 30 years of its existence produced around 6,500 postcards, with an average print-run of 10,000 each. 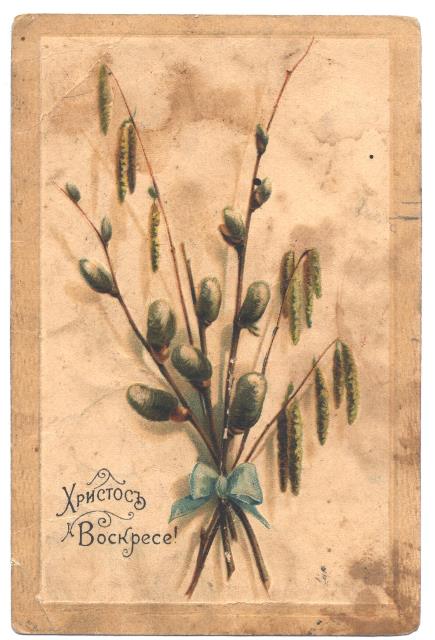 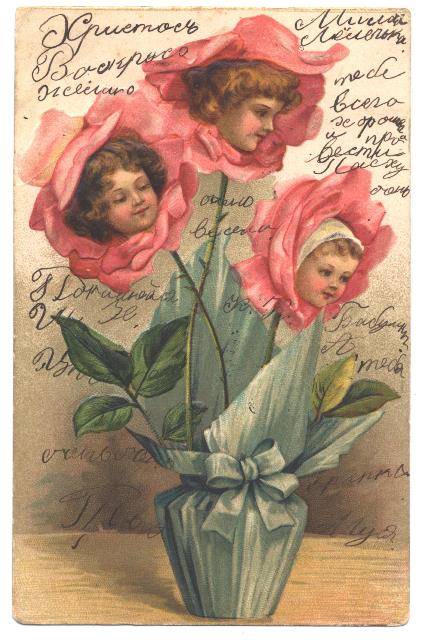 The use of postcards for holiday greetings definitely commercialised even religious holidays, such as Christmas and Easter. But we think that you might like to get our sincere Easter greetings with these old Russian postcards.