L. L.Zamenhof, creator of Esperanto, died in Warsaw on 14 April 1917. Warsaw was at this time occupied by German troops as the war in Europe still raged and the Russian empire was already engulfed in the flames by the February Revolution.

“Normally the funeral of Ludovic Zamenhof would have been attended by at least representatives of the Esperanto Movement from most European countries; war made this impossible”, notes Marjorie Boulton  in her book Zamenhof, Creator of Esperanto. 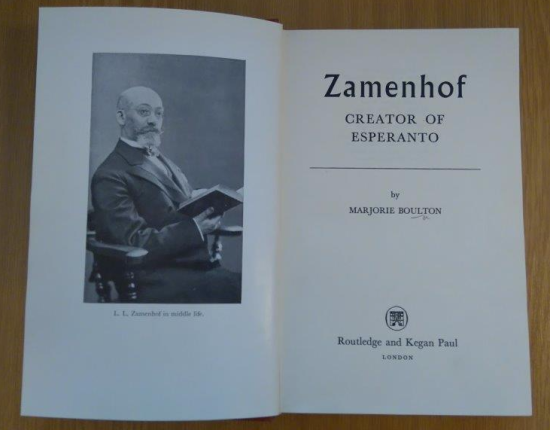 Title-page and frontispiece of Zamenhof, Creator of Esperanto by Marjorie Boulton (London, 1960). 10667.m.13

Here she describes the funeral procession:

At three o’clock on April 16th the funeral procession set out from 41 Krolewska Street, with those members of the family who were able to come, the Warsaw Esperantists and many of Zamenhof’s poor patients. Foreign Esperantists were represented by Major Neubarth and one other German. As slow procession passed through the Saxon Square and along Wierzbowa Street, Bielanska Street, Nalewki Street, Dzika Street and Gesia Street to Okopowa Street and the Jewish cemetery, the slow black serpent grew longer and longer.

At the funeral Polish poet and Esperantist Leo Belmont spoke warmly about Zamenhof in Polish and the president of the Polish Esperanto Society, poet and translator Antoni Grabowski  paid tribute to the great man in Esperanto. 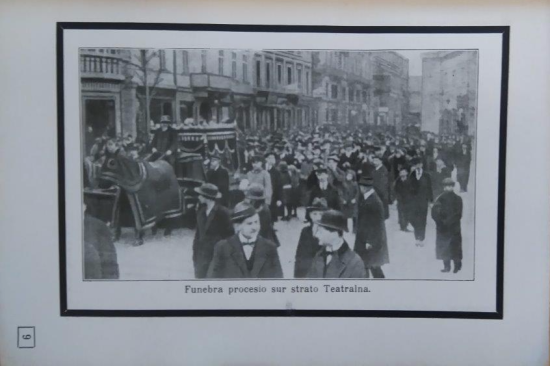 The news about the death of Zamenhof spread worldwide. In the memorial service in London at Harecourt Church on 6 May 1917, Belgian Esperantist Paul Blaise, married to British Esperantist Margaret Jones and living in England as a refugee, read from the yet unpublished translation of Isaiah by Zamenhof himself. The most famous poem about the death of Zamenhof ‘La Majstro mortis’ (The Master is Dead) was written by the Hungarian Esperantist, professional actor and writer Julio Baghy, then a prisoner of war in Siberia. 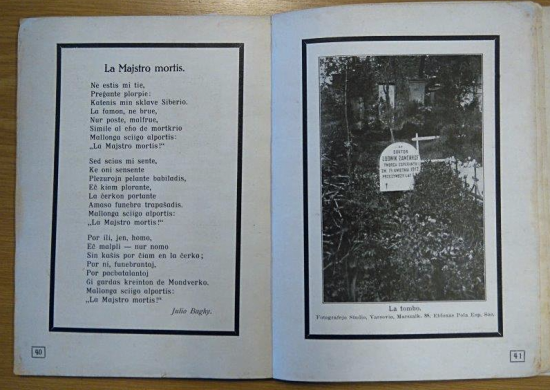 The extraordinary life of Zamenhof, his language and his ideas attracted and will attract a lot of attention now and in the future. In 2007 the sixth edition of the biography of Zamenhof (first published in 1920) by prominent Swiss Esperantist Edmond Privat was published by the Universal Esperanto Association, based in Rotterdam. On this day, 100 years after the death of Zamenhof, Esperantists from Albania to Zimbabwe and many non-Esperantists remember his life and achievements. Zamenhof’s testament from his poem ‘La Vojo’ (‘The Way’), written in 1896, is still echoing in their memories:

Straight forward, with courage, not veering nor stopping
Pursue we this Way of our own:
Ne’er faileth the water, by dropping and dropping,
To wear through a mountain of stone:
For Hope, and Persistence, and Patience together
Are watchwords in all kinds of weather;
So, step after step – such is ever the story-
We’ll come to the goal of our glory. 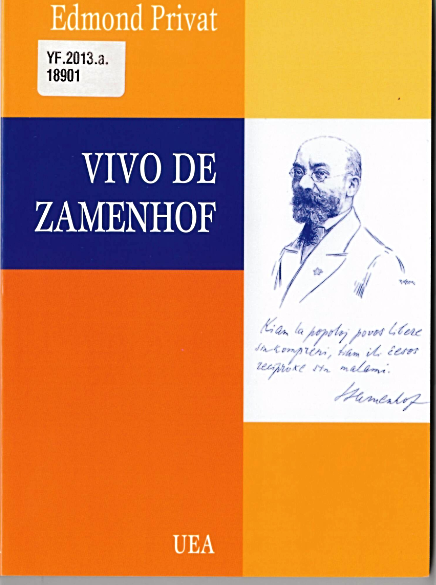 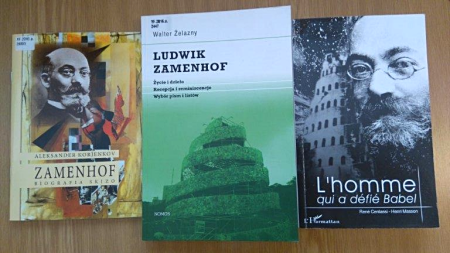