One of my very first childhood memories was a happy day, 22 April 1970, when the entire Soviet Union was celebrating the centenary of Lenin’s birth. I still remember an overwhelming sensation of pride, an excitement that spring brings with its smells after long winter, and envy toward the Young Pioneers who were assembled to march along the main street of Moscow to Red Square. I was watching them from the fourth floor flat in this main street wishing to grow up as quickly as possible to become a Little Octobrist and then a Young Pioneer and a member of Komsomol .

My childhood wish was very easily satisfied as membership of these organisations was technically compulsory. As I grew older Lenin on my badge was also becoming older and bolder. The image of the ‘most human of all humans’ was ubiquitous and based on legendary accounts and fake memoirs. Some historians believe that the attempt on Lenin’s life on 30 August 1918, which triggered the Red Terror, also laid the foundations of a cult of Lenin, as his recovery from the serious wounds was miraculously quick. 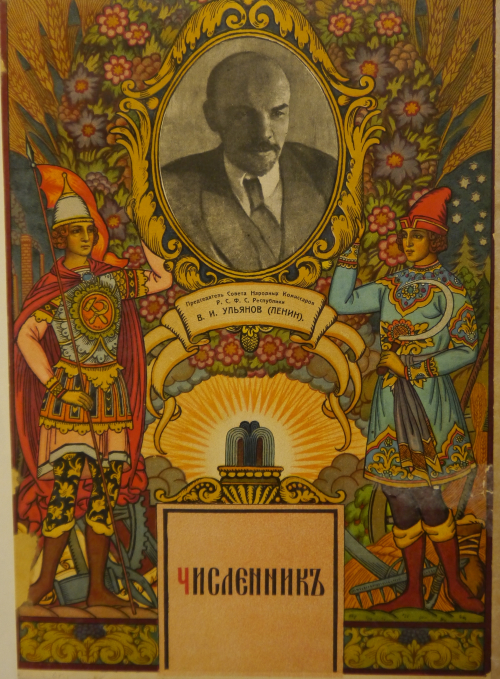 The design of this wall calendar imitates popular traditional motives and the composition of the Resurrection from Christian icons. However, Christ has been replaced with Lenin and the traditional warrior figure on the left bears the hammer and sickle on his breastplate. Lenin himself was not keen on being the object of worship, but even in his own lifetime he could not prevent it, and by the time of his death he was fully sacralised.

Natan Altman, a star of the Russian avant-garde, was interested in immortalising Lenin in the visual arts. His series of drawings of Lenin in his office in the Kremlin was published straight after Altman had finished it. The artist spent six weeks with Lenin in July 1920 and recalled that they spoke a lot about art and revolution. Based on these sketches, he created Lenin’s bust in bronze. It was the first portrait of Lenin to be shown abroad – at the Paris exhibition in 1925, where Altman received a gold medal for his work. 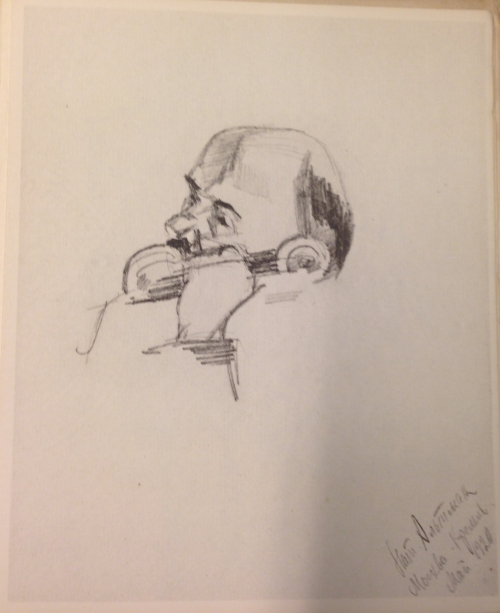 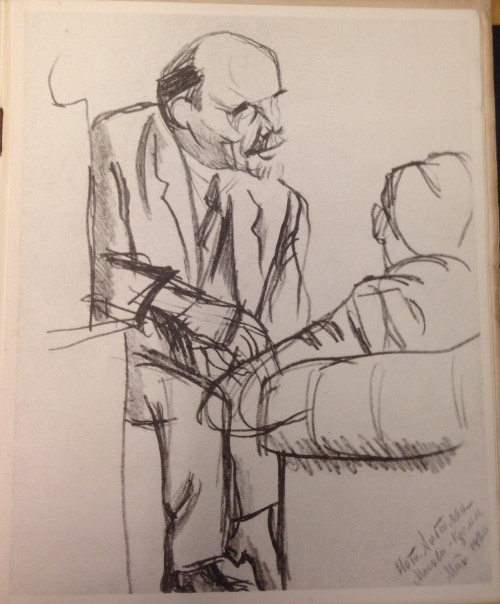 In 1920 Lenin was very busy also sitting for the English sculptress, journalist and writer Clare Sheridan, who at that time was having an affair with the prominent revolutionary and Lenin’s Deputy Chairman of the Council of People’s Commissars (government) Lev Kamenev. She stayed in the Kremlin for two months, where she made busts of the prominent leaders of the Russian Revolution. She spoke candidly with the Bolsheviks as she worked, discussing with Lenin his dislike of her cousin Winston Churchill. She later wrote a book Russian portraits, where she described her Russian experience. 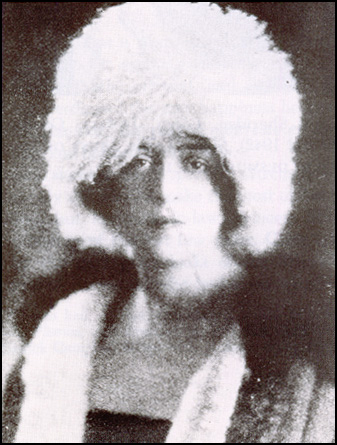 Book tributes to Lenin started appearing before his death. Such was, for a example, a chronicle of his life published for his 50th birthday. 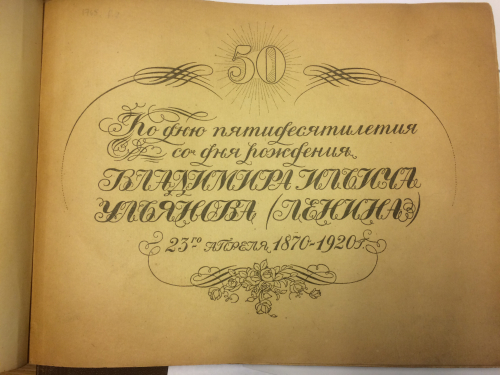 One of the key figures of Russian literary Futurism, Aleksei Kruchenykh, wrote a book where he examined Lenin’s speeches and his style. He endeavoured to study them from a linguistic point of view as an example of propaganda art. Kruchenykh’s artistic study was inspired by academic works coming from the circle of literary critics and scholars called ‘formalists’, who were more interested in analysing the structures of literary texts, rather than in their historical, social and other contexts. Although the book could be seen as part of the trend of the rising cult of Lenin, the foundations principles of formalism were severally criticised under Stalin, and the book was forgotten. 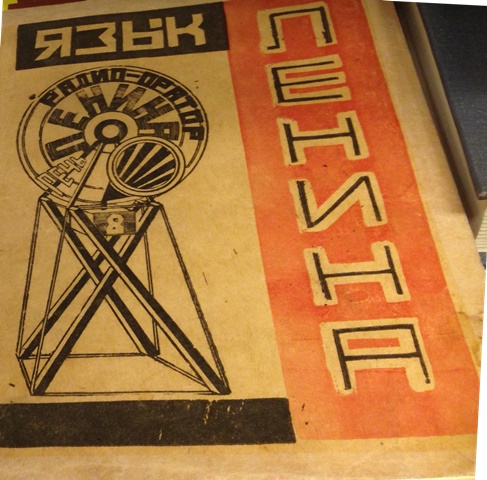 One of the ‘devices’ of Lenin’s rhetorical style was what Kruchenykh called ‘resoluteness’. He insisted that Lenin was primarily the ‘person of deeds’, and not a ‘person of words’: ‘He doesn’t leave space for hesitation, as many authors or speakers do, when they speak as if asking for an advice from the audience. He sets himself a task not to convince the audience, but to put the audience face to face with the necessity to agree with the [inevitable] facts’.

This ‘resoluteness’ was probably a feature of Lenin’s character rather than only a rhetorical device. The country built by the man who did not know hesitation and probably was incapable of simple empathy collapsed having murdered millions of its citizens. Little did I know on this happy day 22 April 1970 how wrong were my feelings. Unfortunately, the birth of the third child in the family of a civil servant Ilia Nikolaevich Ul’ianov was not such a happy day for the course of the Russian and world history.