Nature and naturalism: the short life of J. P. Jacobsen

On 7 April 1847 Chresten Jacobsen, a merchant of Thisted in Jutland, and his wife Bente Marie welcomed their first child into the world. The boy was christened Jens Peter, but it was under his initials, as J. P. Jacobsen, that he achieved a reputation far greater than his modest literary output – two novels, seven novellas, and one posthumous volume of poetry – might suggest. 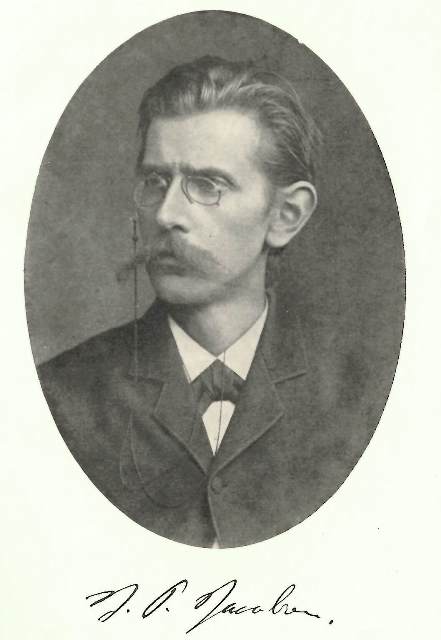 His education began at the age of four, when he entered the local infant school. He rapidly proved to be an apt pupil; in 1862 he passed his school certificate examination, was sent to a crammer in Copenhagen to prepare for university entrance, and passed the first part of the qualifying examination the following year. It was all the more surprising, then, that two years later he failed the second part and only received a third-class grade when he eventually passed it in 1867. His health was fragile, but a more likely reason for his failure was the growth of his creative interests; in 1867 he had founded a literary society named Agathon in honour of the Greek poet, and he was further distracted by falling in love with the actress Betty Hennings.

However, he had developed an interest in botany, and after passing a general examination in philosophy he registered to study biology in 1868. It seemed that he had found his vocation: in 1870 he was commissioned by the Danish Botanical Society to carry out a survey of the islands of Laesø and Anholt which was subsequently published in its journal (Ac.3353). He won a microscope for a research project on algae and began to publish essays on biological topics. Several of these were inspired by his growing fascination with the theories of Charles Darwin, which aroused as much controversy in Denmark as in Britain, and in 1872 he published his Danish translation of The Origin of Species, followed in 1874 by The Ascent of Man. 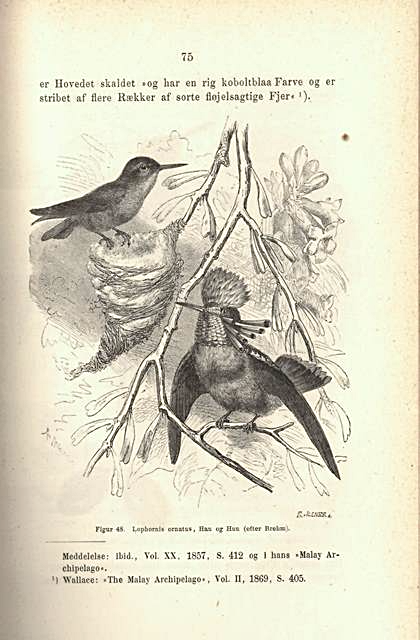 At the same time he was at work on a dissertation on algae which was awarded a gold medal by the University of Copenhagen in 1873, the year when, on 25 June, he embarked on his first trip abroad, planning to set out from Lübeck and travel through Prague, Vienna and Munich to Italy. Four months later, though, he was back at his parents’ home in Thisted, convalescing after a serious lung haemorrhage, a symptom of the tuberculosis which would eventually kill him. 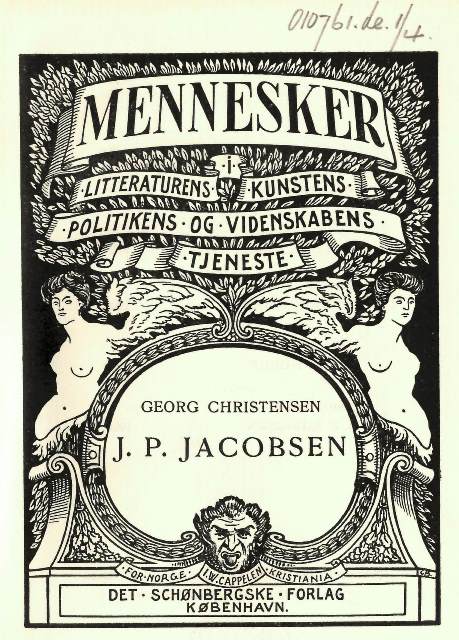 It is possible that overwork was a factor in weakening his health: while involved in this ambitious programme of research and translation Jacobsen had been steadily devoting himself to writing of a different kind. As early as 1868 he had submitted a cycle of poems to the publishing-house of Gyldendal but had met with rejection both then and when he sent his poetry to the famous critic Georg Brandes. Turning to prose, he fared better, publishing his novella Mogens in 1872, which encouraged him to begin work on his first novel, Fru Marie Grubbe (1876). Based on the true story of a 17th-century Danish noblewoman who, after a notorious career involving two marriages and two divorces, finally achieves happiness as the wife of a ferryman, the novel was finally published in December 1876 and was unusual for the frankness with which it depicted the heroine as an independent and strong-willed woman with vigorous erotic desires – her red-blooded nature in marked contrast to the author’s failing health which broke down again in 1875. 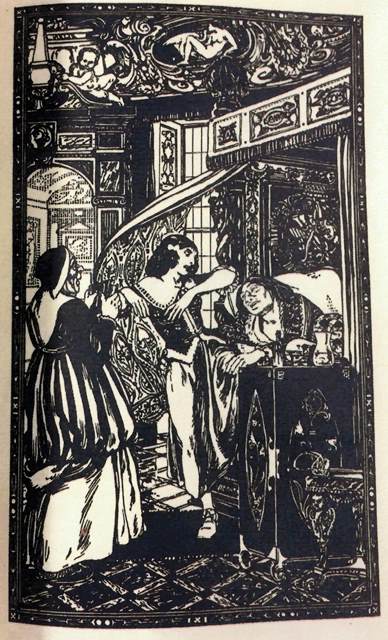 Jacobsen had already begun work on another novel, Niels Lyhne, in 1874, completing it in December 1880. The novel and his disease progressed in parallel, and a stay in Montreux in 1877 failed to prevent yet another haemorrhage; perhaps it was no coincidence that the novel’s hero, enlisting in the army as a volunteer after a life of disillusionment, dies of a bullet wound in his right lung. It was this novel which would exert a profound influence on Rainer Maria Rilke, who learnt Danish in order to read both Jacobsen’s fiction and his scientific works in the original. It was also a favourite with Sigmund Freud, who wrote in 1895 that Niels Lyhne had moved him more deeply than any other book which he had read in the last ten years. Thomas Mann, too, claimed in 1904 that Scandinavian literature, and especially Jacobsen, had shaped his work far more than his reading of French authors. Yet in Denmark Jacobsen may be viewed as the equivalent of Zola in his pioneering of Naturalism, not surprising in view of his scientific training and capacity for unsparing observation. He brings this to bear as mercilessly on man’s spiritual condition as on the natural world, typified by his portrayal of the crisis which confirms Lyhne’s atheism, a view which Jacobsen himself shared.

Although both T. E. and D. H. Lawrence held Jacobsen’s work in high regard, English-speaking readers may know him as a source of inspiration for composers including Delius and Schoenberg. Frederick Delius’s opera Fennimore and Gerda (1919; G.1044.(3.)) is based on Niels Lyhne and takes its title from two of the women in the hero’s life – the consul’s daughter who marries Niels’s cousin Erik, is seduced by Niels and rejects him after Erik’s death in an accident, launching him on years of wandering, and the gentle Gerda whom he marries, only to lose her and their infant son. Arnold Schoenberg’s cantata Gurre-Lieder (1910; I.558.c.) similarly deals with a triangle of doomed love – this time between King Waldemar, the beautiful Tove, and the jealous Queen Helvig who orders her murder – and sets German translations of poems by Jacobsen recounting this legend from Danish history.

Jacobsen died at Thisted on 30 May 1885. He left no descendants and a comparatively modest literary output, but his legacy as the founder of Danish Naturalism and part of the ‘Modern Breakthrough’ in his country’s literature was of incalculable value.