The Dutch Are Coming!

On 30 March Medway Council  and The Historic Dockyard Chatham announced the international programme of events to mark the 350th anniversary of the Battle of Medway (June 1667).

The battle is little known in England, but this will surely be remedied by the end of this summer, once the programme has run its course.

Whether one calls it a ‘celebration’, or a ‘commemoration’, the fact is that the events of 1667 proved to be the beginning of the end of the glory years of the Dutch and the beginning of centuries of British naval power.

At the time the Dutch wielded power over trade routes, increasingly challenged by the English. Needless to say the Dutch were not exactly going to hand anything over without a fight.

Three fights during the 17th Century, to be precise, known as the Anglo-Dutch Wars. 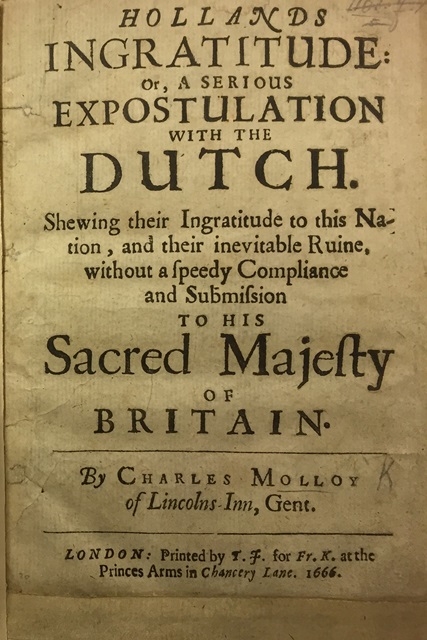 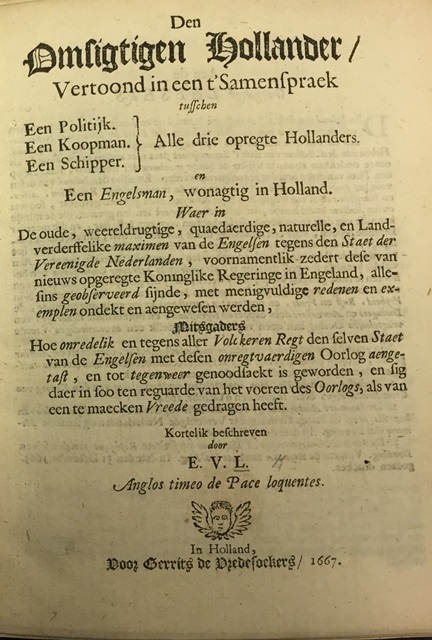 The battle that ended the Second Anglo-Dutch War (1665-1667) was fought on the Medway. The Dutch attacked the English fleet as it lay moored close to the dock yard at Chatham and Upnor Castle. Although the Dutch did not succeed in their aim to destroy the dockyard and the whole fleet with it, they certainly did major damage to the fleet and to the pride of the English people and that of King Charles II in particular, whose flag ship The Royal Charles was captured, towed back to Holland and put on display. The carved stern is still in the Rijksmuseum, although ownership has been restored to the Brits. 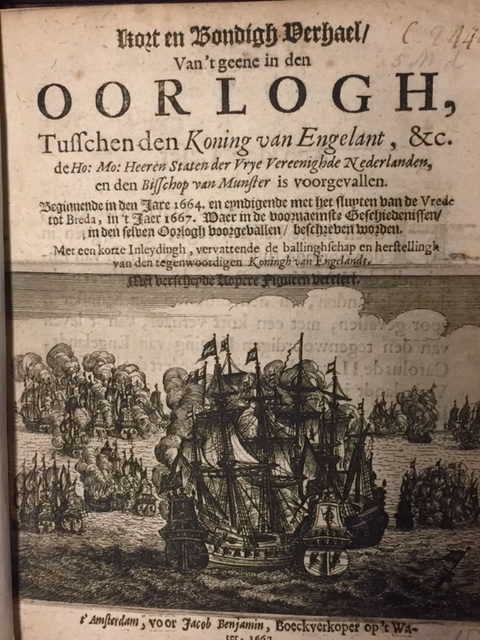 Title-page of the official Dutch account of the events of the second Anglo-Dutch War, Kort en Bondigh Verhael... (Amsterdam, 1667) 808.c.39

As part of the programme there will be three exhibitions: one at Upnor Castle, one at The Guildhall Museum in Rochester and one at The Historic Dockyard Chatham. The latter’s exhibition ‘Breaking The Chain’ will feature several items from the collections of the British Library: manuscripts, engravings, pamphlets and a poem. 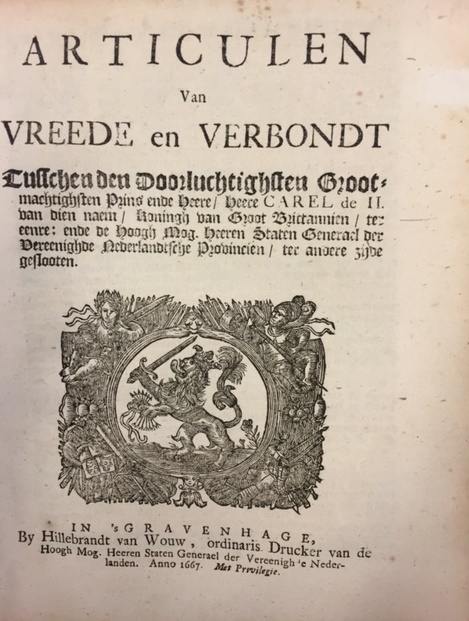 A very special item is a manuscript volume of John Evelyn’s diaries, in which he describes the Dutch attack in some detail, as Samuel Pepys does in his diary 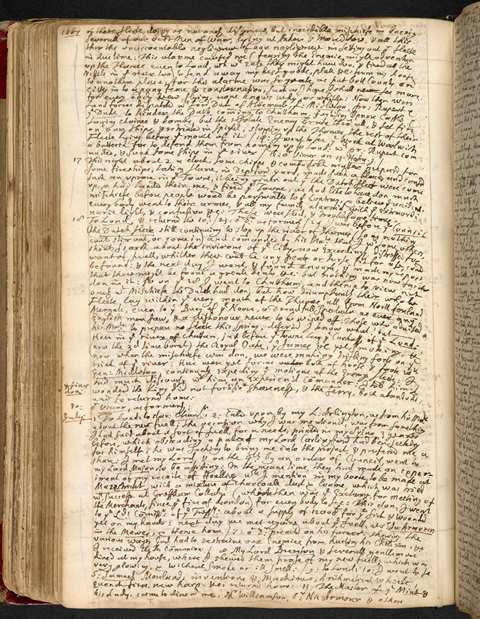 There are various published editions of Evelyn’s diary , such as the six-volume one edited by E.S. de Beer (Oxford, 2000; YC.2002.a.8453). Another title worth exploring is Particular Friends, the correspondence of Samuel Pepys and John Evelyn, by Guy de la Bédoyère (Woodbridge, 1997; YC.1998.b.140).

We hope to see you all in Chatham in June!