Today we’re delighted to announce the British Library’s inaugural Translator in Residence initiative, which is being undertaken in partnership with the Arts and Humanities Research Council’s ‘Translating Cultures’ theme. In this blog, Jen Calleja, our first resident, introduces herself and writes a bit about what she hopes to achieve with the Library over the coming year:

I am overjoyed to be the first ever Translator in Residence at the British Library and it feels like both the culmination of my last seven years engaging with translation (though you could argue that it has actually been about a dozen, or maybe my whole thirty years) and a new phase of amplifying that engagement with renewed commitment and energy.

When I saw the call-out for the residency it was as if it had been written specially for me. I had been thinking more and more about how action was needed on a larger scale against the heavy lean towards monoculturalism and monolingualism in the UK, and then this appeared. This is the right moment to be bringing translators and cultural mediators into the spotlight and I plan to be as ambitious, vocal and visible as possible in the residency’s inaugural year. It feels more vital than ever to be exploring foreign, globalised and multilingual subjectivities – and the perception of them – through the ‘impossible possibility’ of translation and other creative practices, and I consider the creation of this role to be a great step forward for translation and socio-political activism. 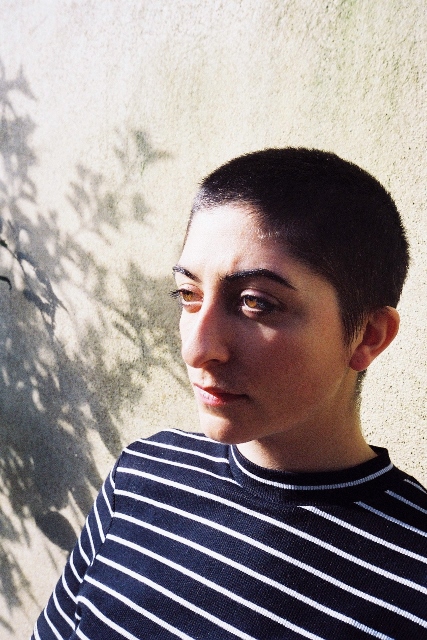 I’ve been a freelance literary translator from German of fiction, non-fiction, books for young people, poetry and essays since 2012 – though I’ve worked full and part-time jobs alongside that for most of the time. I moved to Munich when I was eighteen after my A-levels (something that the younger generation might not have the opportunity to do) and started reading German-language novels while doing my undergraduate degree in Media and Modern Literature at Goldsmiths in London. I went on to study an MA in German Studies, specialising in translation theory and practice, and translated my first book while finishing my Masters. My recent projects include Gregor Hens’ essay-memoir Nicotine (Fitzcarraldo Editions; YK.2017.a.1058), essays on art and culture by filmmaker Wim Wenders collected as Paul Cezanne’s Pixels (Faber & Faber), and I’m currently editing my translation of Kerstin Hensel’s novella Dance by the Canal (Peirene Press).

In 2012 I also founded my Anglo-German arts journal Verfreundungseffekt, which collates art and writing at the intersection of German-language and English-language culture and experience; reportage and personal essays on cross-cultural projects and the Anglo-German self; as well as translations. A couple of years later I became the acting editor of the journal New Books in German, where I spent two years immersed in the German-language and English-language publishing scenes, helping the best German-language books gain a platform in the English-speaking world and becoming familiar with how books make it into translation.

In early 2015, the Austrian Cultural Forum London invited me to become Guest Literary Curator, and inspired by a talk I had attended at International Translation Day at the British Library, I asked the ACF London if I could be ‘upgraded’ to Translator in Residence six months into my two year curatorship. This meant I could translate work by the as-yet-untranslated Austrian authors I invited to participate in events, discuss the craft of translation, and elevate ‘the translator’. The events I curated spanned an exhibition of multimedia translations of a translated short story and a performative reading of a crime novel, to a conversation series between British and Austrian authors and founding and co-judging the ACF London Translation and Writing Prizes.

Around the same time as my curatorship began, I successfully pitched a column on literary translation to online arts journal The Quietus. I had been inspired by translation publications like Asymptote and Words Without Borders, and wanted to do my bit to bring the kind of conversations taking place in the translation scene to a general literary readership. My aim was to focus on a different language and/or translation approach or issue with each column, and it’s still going strong. I wanted to demystify translation, and this has also been my motivation when I’ve given talks and workshops. Translation is a highly nuanced practice, but I’m constantly aware that we cannot only preach to the choir: we must engage with those for whom translation is still an abstract and invisible mystery in innovative, imaginative and generous ways. 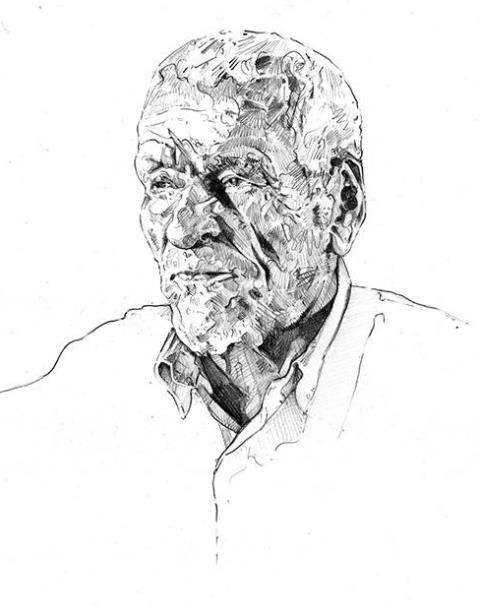 Portrait of Beyibouh-al-Haj by Richard Phoenix, based on photograph by Emma Brown from a column by Jen Calleja on Saharawi poetry in translation

Throughout my residency, I hope to consistently explore translation at the intersection of the theoretical, the educational, and the practical, allowing for perspectives onto what translation has been, is, and could be within society and culture. I already have a long list of ideas and themes – working groups and workshops; a mentorship; archive creation; ‘translating’ the spaces of the British Library; accessibility as translation; translation, power and protest; translation as writing and writing as translation – but I’m sure that once I get up to speed with the Translating Cultures project and the British Library’s own ground-breaking ventures, my ideas will morph.

Translation is – or should be – an exercise and expression of empathy. This will be what I will return to throughout my time at the British Library, but much of what the residency will be is very much still to be discovered. I couldn’t be more excited about the next year of unfolding translation as our way of reading foreign literatures and as creative writing in its own right; as an embedded and largely invisible practice that influences our everyday lives; and as the foundation for communication and our connection with others – not to mention something that brings joy, creates strong bonds between people, and makes the inaccessible accessible.

Jen Calleja is a writer, literary translator and musician based in London and is the inaugural Translator in Residence at the British Library @niewview

Charles Forsdick (AHRC Theme Leadership Fellow, ‘Translating Cultures’) said: “I am delighted that Jen Calleja has been appointed as the inaugural British Library / AHRC ‘translating cultures’ translator-in-residence. The scheme will allow us to develop already fruitful collaborations between the AHRC ‘translating cultures’ theme and the British Library. The AHRC has funded a number of projects that explore the practice of the translator, as well as the growing field of translation and creativity. We hope that Jen will be able to work with some of our award holders to develop further activity in these areas. In recent years, a growing public interest in questions of translation, multilingualism and creativity has become increasingly apparent, and we are keen to demonstrate through the residency the centrality of research and scholarship in these areas.”

Janet Zmroczek (Head of European and American Collections at the British Library), said: "At the British Library, we aim to bring inspiration and enjoyment through our translation-related projects and events, where participants engage with our collections covering an extraordinary range of world languages and many formats. The breadth of our resources, from translators’ archives to spoken word recordings and a wealth of printed materials from all periods and most world languages, makes us an ideal home for those interested in how stories travel between languages and cultures. We’re delighted that, with support from the AHRC, we’re able to offer Jen Calleja, out first Translator in Residence, the opportunity to put down roots in the multilingual community of staff, readers and visitors at the heart of the British Library. By giving Jen the opportunity to get to know our collections from the inside, we hope her residency will contribute to opening up this multilingual treasure-house for new groups unfamiliar with our collections and events and encourage wider understanding of the value of translation and linguistic diversity."