Not Lenin and Trotsky - a Mystery Solved?

Last year we published a blog post asking for information on two photographs by the American photographer Donald C. Thompson, widely published as images of Lenin and Trotsky in the English-speaking world but, with the benefit of hindsight, clearly not pictures of the two revolutionary leaders. We knew for certain who they were not, but struggled to find out who they were and what they were doing.

After some digging, Katya Rogatchevskaia (Lead Curator of East European Collections and of the exhibition, Russian Revolution: Hope, Tragedy, Myths) managed to find the photographs reproduced in Russian and French publications. The elusive revolutionaries were found in a Russian ‘album of current events’ for the years 1914 to 1917 Voina i Revolutsiia (‘War and Revolution’). 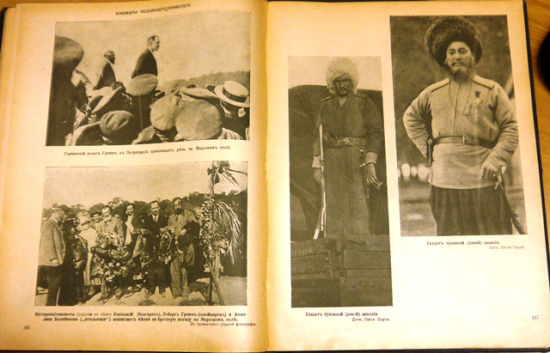 The top-left photograph identifies the speaker as ‘German agent’ Robert Grimm, leaving the other man unidentified. The bottom photograph identifies the figures as ‘internationalists’, including Christian Rakovsky, Grimm, and Angelica Balabanova. They are shown laying wreaths at the Field of Mars in St. Petersburg (then Petrograd), where victims of the February Revolution were buried on 23 May 1917. This fits perfectly with Thompson’s story about when and where he took the photographs of ‘Lenin and Trotsky’, even if the figures are not right.

Robert Grimm (1881-1958) was a Swiss socialist, and a chief organiser of the anti-war Zimmerwald movement during the First World War. He was allowed into Russia after the fall of the first Provisional Government, led by Lvov, in May 1917, and became active in the anti-war movement. Grimm was embroiled in scandal while trying to gauge the German response to the Soviet desire for peace, which was interpreted as trying to get Russia to pull out of the war unilaterally and seen as a betrayal of the Allied cause – hence, Voina i Revolutsiia describes him as a ‘German agent’. This was by no means the end of his political career, however. Grimm led the Swiss General Strike of November 1918, and in 1946 became President of the Swiss National Council.

Angelica Balabanova (1878-1965) was another Zimmerwald activist of mixed Russian, Jewish, and Italian heritage. She joined the Bolsheviks and in 1919 became the secretary of the Communist International (Comintern), but grew critical of the authoritarian Bolshevik style of socialism and returned to Italy.

At first I was uncertain about the identification of Christian Rakovsky (1873-1941), even though he was a known friend and collaborator of Grimm and Balabanova – I had only ever seen pictures of him clean-shaven and looking much younger than the figure in the photograph. However, it would make sense for him to be present alongside his Zimmerwald comrades. Rakovsky was a Bulgarian revolutionary who was also involved in the Zimmerwald movement, who had been freed from imprisonment in May 1917 – explaining, possibly, his haggard appearance in the photographs later in that month. 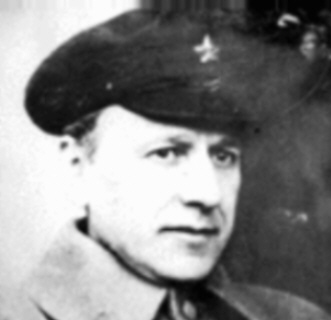 Christian Rakovsky in military uniform after the Bolshevik revolution (image from Wikimedia Commons.)

Other photographs and images do show him sporting a beard, like this piece of anti-Bolshevik and anti-Semitic propaganda, with leading revolutionaries (including Alexander Kerensky alongside the Bolsheviks as part of a putative Jewish conspiracy against the Russian state) engaged in a ritual murder, evoking the history of the ‘blood libel’ myth. 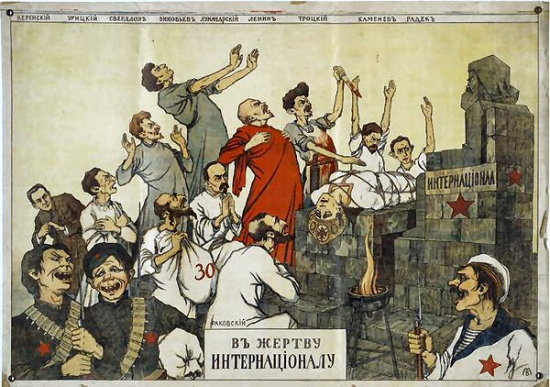 White movement propaganda poster showing Rakovsky with a beard, kneeling in the centre beneath Lenin, from Wikimedia Commons.

Rakovsky joined the Bolsheviks at the end of 1917 and took a number of leading roles, including as the leader of a failed Communist revolution in the Kingdom of Rumania and then the first head of government for the Ukrainian Soviet Socialist Republic. His fate was less happy than Grimm’s – Rakovsky aligned with Trotsky and developed a critique of Stalinist ‘bureaucratic centralism’ in the Soviet Union. He became a high-profile victim of the Moscow Trials in 1938, confessing to spurious charges of espionage on behalf of the British, German and Japanese imperialists during the show trials, and was executed in 1941.

So, the two pictures of ‘Lenin and Trotsky’ may actually be of three people – Grimm, Rakovsky, and another. One possible, though uncertain, identity of this ‘third man’ comes from the French source. The images also appear in the Histoire des Soviets series (Paris, 1922-3; 1854.g.15.).This album was edited by Jacques Makowsky (1894-1981), a Jewish master-printer to Tsar Nicholas II who fled Russia for France after the Revolution.

With the Nazi invasion of France in 1940 Makowsky was forced to flee once more to America, where his wife and he became famous for cross-breeding the Rock Cornish game hen – ‘a succulent bird with all-white meat, large enough for a single serving’. There is a compilation of this beautifully printed and illustrated series on YouTube here, with one of the photographs in question visible at 0:21. 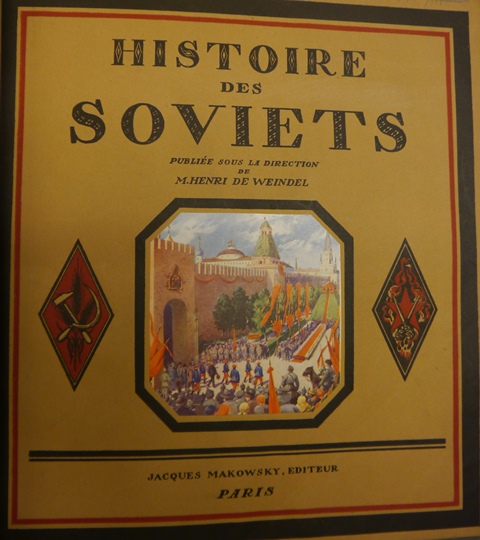 We get our third name from here: Mikhail Martinov  (1882-1919). Martinov was a Bolshevik revolutionary who had been elected chairman of the particularly left-wing Kronstadt Soviet. Not long after these photographs were taken Martinov was elected to the commission charged with planning the armed demonstration of workers, soldiers and sailors which developed into the violent July Days. Martinov himself met a violent end just two years later, killed in a counter-revolutionary uprising at Krasnaia Gorka during the advance of the White General Yudenich’s army towards Petrograd.

We can’t be certain that the Histoire is correct on this point, as although it correctly says that Grimm was in the photographs, it mistakenly identifies the wrong figure as him. As for Martinov, I know of no other photographs with which to compare, but it is perfectly feasible that he would have been present at this event. Much of the mystery has been solved, but this point still remains to be verified or supported with other evidence.