In January 2014 my colleague Annelies Dogterom wrote a blog post about a series of studies of the Prize Papers, a collection of letters and other documents taken from Dutch ships captured by the British during the many naval wars between the two countries. These documents form part of the High Admiralty Court Papers held at the National Archives in Kew.

Where Annelies’ blog discusses mainly the publications about the collections of letters and personal documents, the High Admiralty Court Papers also include a collection of court documents, in more standardised form.

When a ship was captured by the British the High Admiralty Court decided who the rightful owner of the ship and its cargo was. That is why everything found on board, including all forms of documents were kept until the case had finished. Crew members that had been captured were all interrogated by means of a standardised list of questions. The answers provide a treasure trove of information about ordinary and not so ordinary sailors: their country of origin, their profession, their ship and its cargo, the flag under which it sailed, the port of departure, the port it had tried to reach, the date the person was captured. And because it is in a standard form it is a very convenient research source.

Part of these papers, in particular the interrogations of crew members of Dutch ships, have been digitised by Brill Publishers and are available online from our Reading Rooms. 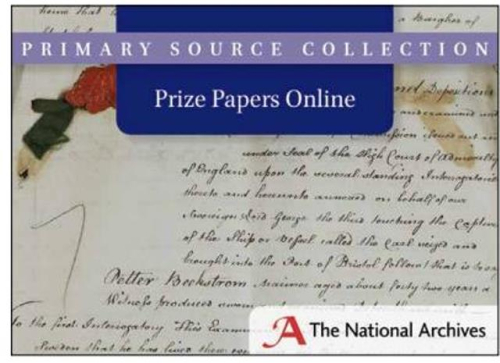 In the year that we commemorate 350 years of the Second Anglo-Dutch War, this resource might offer researchers a glimpse into the identities of the people who actually fought in this war.