Sounds Of The Revolution

Guest blogger Ilia Rogatchevski looks back at one of the events accompanying our exhibition Russian Revolution: Hope, Tragedy, Myths  and considers the role of music in the Revolution.

What is a revolutionary sound? Is it defined by the characteristics of the music alone or does context form an integral part of the music’s revolutionary temperament? On Friday 5 May, an event at the British Library attempted to answer these questions. Late at the Library: Sounds of the Revolution featured performances by Gabriel Prokofiev and The Renegade Orchestra. Organised in collaboration with Dash Arts, Kino Klassika  and Prokofiev’s Nonclassical label,  the event incorporated compositions old and new, including the debut performance of The Renegade Orchestra: Journey One. 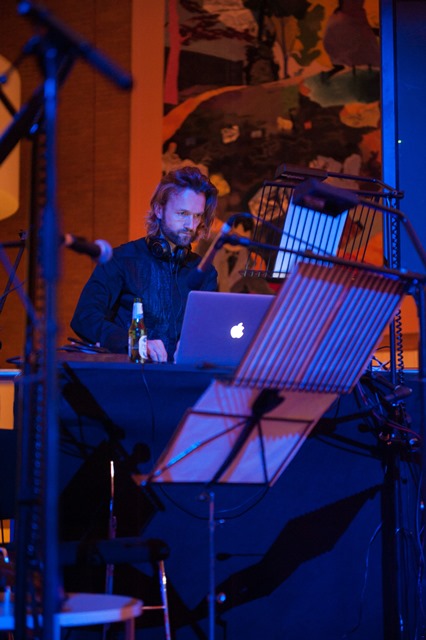 Gabriel Prokoviev performing at the event on 5 May (photograph: Samantha Lane)

Composed by Alexander Manotskov, Journey One tells the story of three musicians from post-Soviet states who operate in a liminal musical environment, which draws inspiration from styles as diverse as jazz, classical, folk and electronic. Brought together by Dash Arts’ artistic director, Josephine Burton, for a workshop in Kazbegi, Georgia last year, the musicians worked at combining their disparate experiences into a united sonic strategy. Marina Kryukova (violin, pipes, voice), Shavkat Matyakubov (sato tanbur, kushnai, voice) and Vladimir Volkov (double bass, voice), along with Manotskov on cello, experimented with augmenting traditional forms by deconstructing expectations of music’s temporal nature. In between rehearsals, which took place the previous day in the Library, Manotskov elaborated on the concept of musical time by stating that “only through divine, abstract, musical time can time that is accidental, personal, mortal, historical, be conquered”. He went further than simply inverting T.S. Eliot’s quote from the Four Quartets (“Only through time time is conquered”) by adding that the “binary opposition of freedom and not freedom is essential to the musical piece”. Furthermore, in composition it is “important to have something more general, something more elevated than social context”. The verbatim texts that wove in and out of the music, recalling snapshots of lives from the former Soviet Union, are a testament to this idea. These moments provided context, of course, but also something more general too: alternative sonic textures. 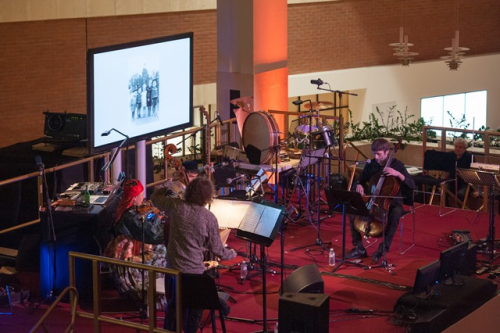 Unlike Manotskov’s Journey One, Prokofiev’s compositions did not betray a sense of nostalgia. Howl, which was originally scored for Maurice Causey’s all-electronic ballet, mirrored, in its contemporaneity, Arseny Avraamov’s Symphony of Sirens (‘Simfoniia Gudkov’). Performed in Baku to commemorate the fifth anniversary of the Russian Socialist Federative Soviet Republic, Avraamov’s notorious piece employed the sounds of the city itself – factory sirens, bus horns, cannons et al – in celebration of industry, communism and the future. Prokofiev did not conduct a city, but instead, dueted synthesised sounds from a laptop alongside Lydia Kavina’s theremin. 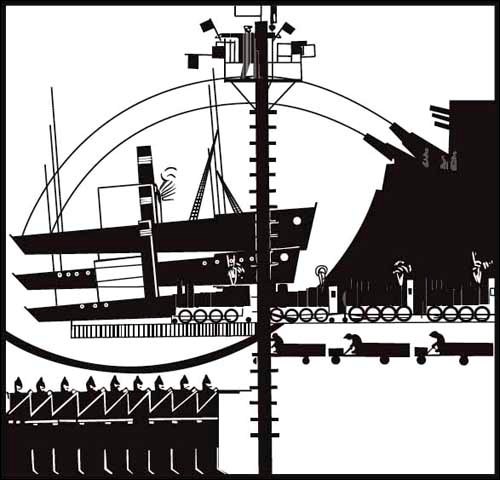 Reflecting on the hopes, tragedies and myths of the Russian Revolution, Prokofiev conceded that “there is a kind of desperation, a loneliness, a cry – a howl” apparent in such momentous events. “You reach a breaking point when you revolt,” he continued. “Most people wouldn’t go as far as a revolution, unless they’re pushed so hard. And that’s what happened in the Middle East. That’s what happened in Russia.”

As if to emphasise the ambiguous nature of catastrophic political change, the evening climaxed with a new guided improvisation for Vsevolod Pudovkin’s 1927 silent classic, The End of St. Petersburg. Prokofiev was joined on stage by the Renegade Orchestra, Kavina, Manotskov, Jason Alder (bass clarinet) and Molly Lopresti (percussion). 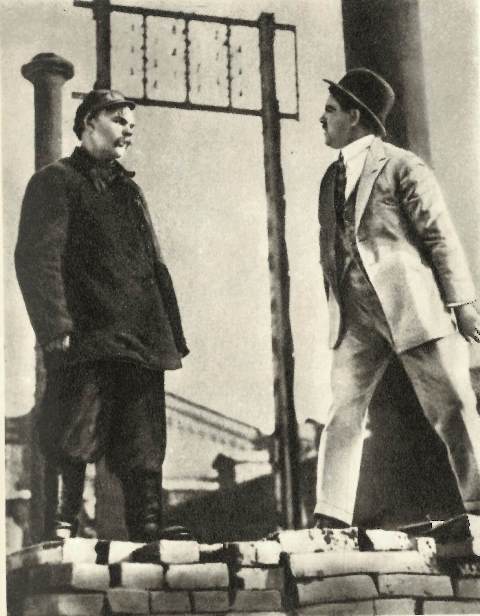 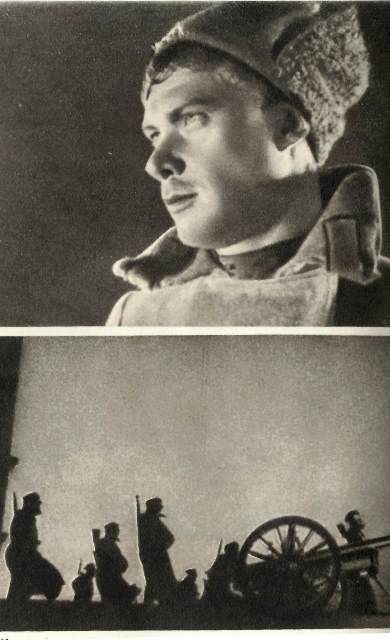 Together, the musicians constructed an alternative vision of the Revolution, one that did not simply celebrate the overthrow of a redundant despot or the provisional government that succeeded him, but focused on the people who suffered not only through the failings of the monarchy, but also the shadowy beginnings of the Soviet regime as well. Peasants and bankers had their own leitmotifs, characterised by Matyakubov’s dutar and Kavina’s theremin respectively, but neither purported to have moral supremacy over the other. The audience, too, collaborated with the musicians, towards the end of the feature, in a collective vocal exercise, oh-ing and ah-ing, like lamentful ghosts of revolutions past, to images of cannons firing on the silver screen. 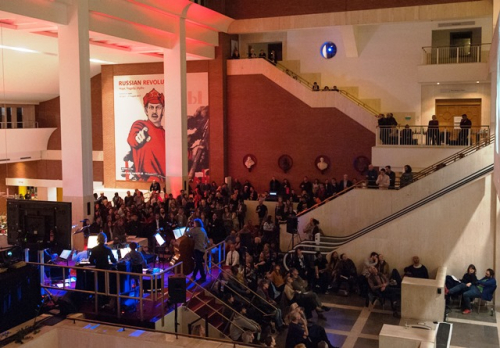 In summary, it is not the sounds or the context that are revolutionary in of themselves. Rather, it is their combined presentation that leaves its mark on the public consciousness. Performing in the cavernous lobby of the British Library certainly throws up some challenges, especially when most of us are used to experiencing music in a concert hall, but it is precisely this unorthodox arrangement that helps to carry the music forward. On this point, both Manotskov and Prokofiev agree. Music has to evolve, particularly in the formal ways in which it is performed. To quote the former composer: “We should open our eyes and see that nothing is conventional. Everything is new and shocking. This is where we are musically and it’s a great place to be.”

The exhibition Russian Revolution: Hope, Tragedy, Myths  is open until 29 August 2017 and is accompanied by a range of events. You can hear more music on 27 June at the free ‘Strains of the Revolution’ performances. Details of all events are on our ‘What’s On’ pages. 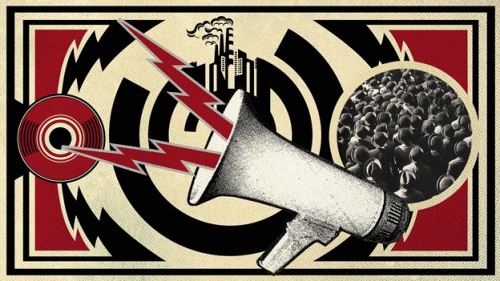