The Empire of Austria was created in 1804 when the last of the Holy Roman Emperors assumed the title Emperor of Austria as Francis I. This Empire was made up of heterogeneous political entities: kingdoms, archduchies and duchies, earldoms, and other administrative areas without a common purpose. The Habsburg dynasty ruled over these territories as a sole unifying power. 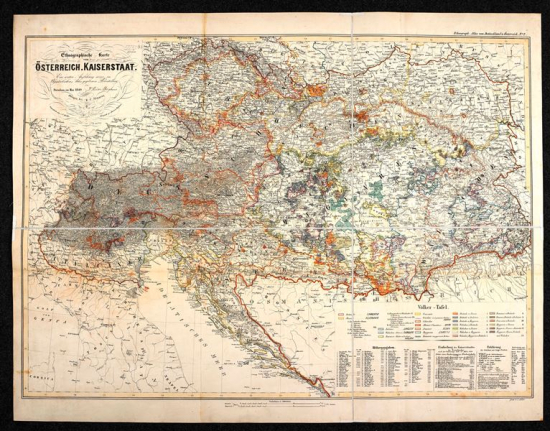 Ethnographic map of the Austrian Empire which shows the lands of the House of Habsburg according to the constitution of 1849. Maps 27727.(3.)

In 1855 the Austrian Empire held Balkan territories which included the Kingdom of Dalmatia, the Kingdom of Croatia and Slavonia and the Military Frontier, as a defensive zone along the Ottoman border. 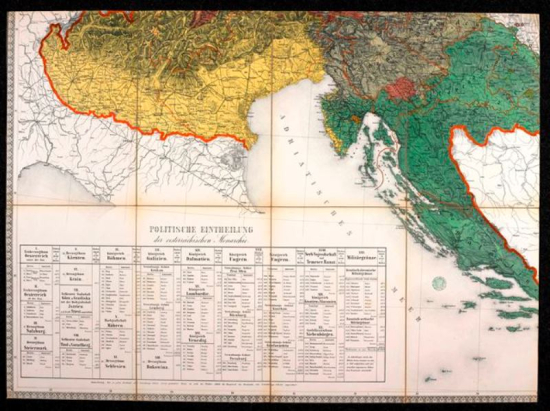 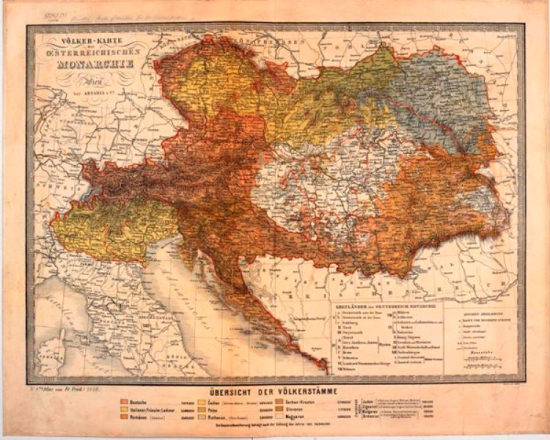 The Austrian Empire was a multi-national and linguistically diverse Monarchy. At least 17 nations and minority groups were represented in it. In 1868 according to individual languages most people spoke German (25.2%) followed by the Czech, Hungarian and Romanian, among other national languages spoken in the Monarchy. 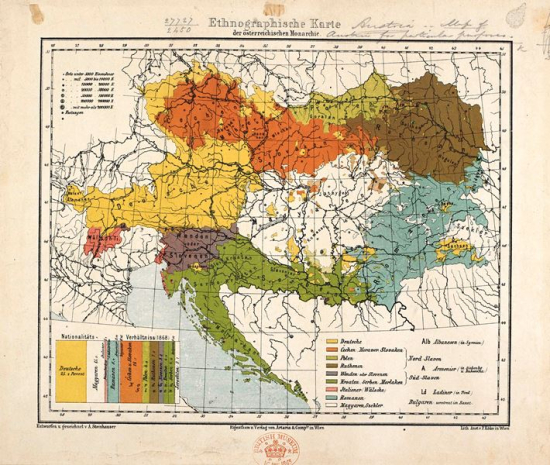 A 1868 ethnographic map of the Austrian Monarchy gives detailed statistics of the national and linguistic diversity. Maps 27727.(16.)

After the defeat in the Austro-Prussian War  of 1866, the Austrian Empire looked towards East for consolidation and imperial expansion. The Habsburg Monarchy was reshaped in 1867 as Austria-Hungary and in 1878 was allowed to occupy Bosnia and Herzegovina. 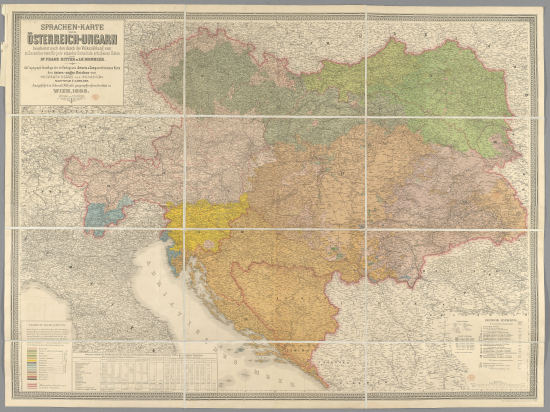 An 1888 map of languages of Austria-Hungary (above, Maps 27727.(29.)) shows the addition of Bosnia and Herzegovina with a population of 1,336.091 according to the census of 1885, which increased the number of the Serbo-Croatian language speakers in the Monarchy. The map includes the statistical data in numbers and percentage of the nine languages spoken in the individual crown lands.

Slavonic languages and dialects spoken outside the Austrian Empire were Russian, Upper Sorbian and Lower Sorbian, and Kashubian. 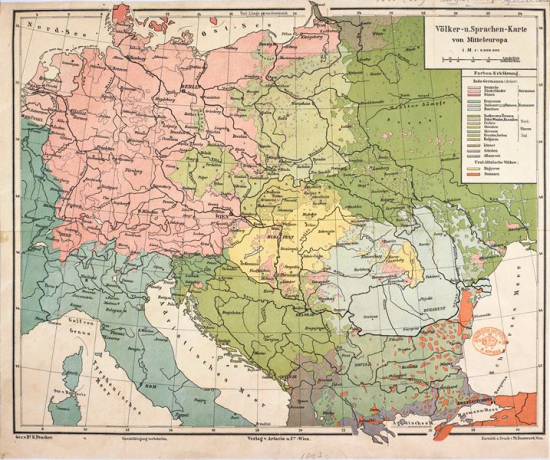 Austrian map showing peoples and languages of the Central Europe in 1893. Upper and Lower Sorbian designed as Wenden on the map in the area south of Berlin and Kashubian in the area south of the city of Danzig (now Gdańsk in Poland). The map also displays Slovak as a distinctive language from Czech. Maps 1065.(35.)