To the Finland Station in a not-so-sealed Train

In the weeks following Russia’s February Revolution in 1917, an increasingly frustrated Lenin was stuck in Zurich, forced to follow events from afar. Like other Russian political exiles, he had found neutral Switzerland a convenient haven when war broke out in 1914, but now it was more like a cage. Not only could he play no active part in events back in Russia, but he had no chance to influence or control them as he desired, and meanwhile the new Provisional Government was taking a course that seemed too moderate to Lenin and his fellow Bolsheviks

The problem for the Russian revolutionaries in Switzerland was of course the ongoing war. The logical route home led through enemy German territory. Another option would be to travel via Russia’s allies France and Britain, but the two countries’ governments would hardly offer safe passage to people they considered dangerous agitators. In her memoirs, Lenin’s wife recalls him ‘building the most improbable plans’ – flying back to Russia by plane, or using the passports of foreigners from a neutral country.

In the end, the German route offered the most realistic hope. The German government had already flirted with the idea of funding Russian revolutionaries in the hope of destabilising Russia and bringing about her withdrawal from the war. It was possible that they might now be brought to see Lenin’s return as a means to this end. 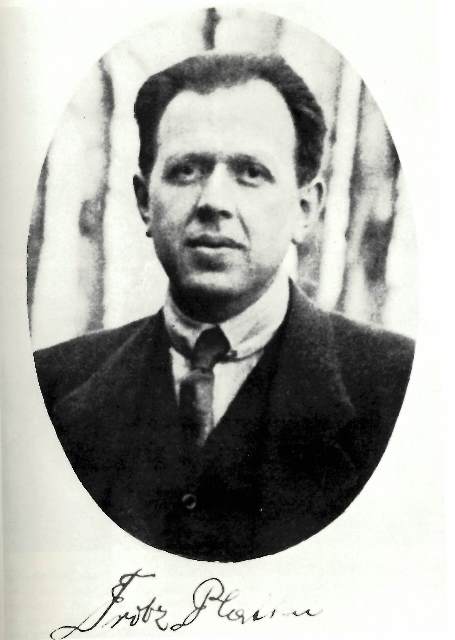 Swiss socialist Robert Grimm approached the German Ambassador to Switzerland to open negotiations, but it was Grimm’s compatriot Fritz Platten, who brokered the final agreement to allow Lenin and others exiles to travel by train through Germany to neutral Sweden. Platten was also given official responsibility for the party and helped to draw up a document to be signed by all the travellers, declaring among other things that they accepted the risk of imprisonment for treason on their return to Russia. At last, on 9 April 1917, Lenin and 31 other exiles embarked on a train at Zurich station. This has gone down in history as the ‘sealed train’, and and its journey became part of the mythology of the Russian Revolution, helped not least by Platten’s own account, published in 1924. 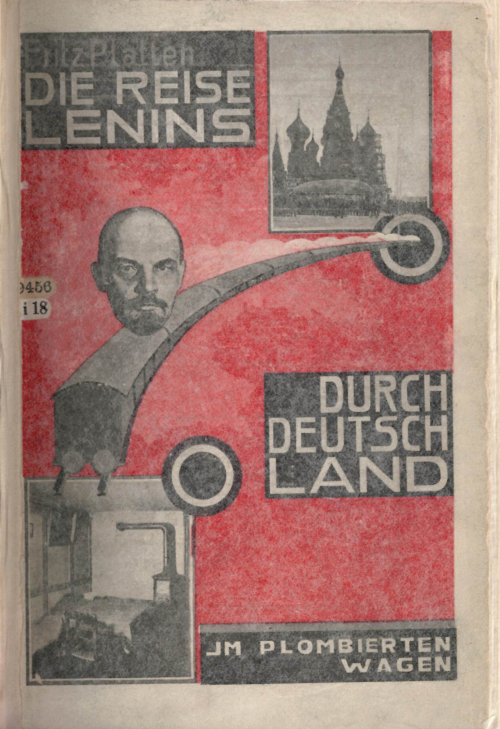 In fact the ‘seal’ was more symbolic and legal than physical: one of Lenin’s conditions had been that the train should have extra-territorial status, so that it could not be boarded by anyone hoping to arrest the travellers. The Russians were forbidden from leaving the train, and a chalk line on the floor marked a boundary, which only Platten was allowed to cross, between them and their German guards. But the doors and windows could be opened. Various members of the party later recalled Germans coming to speak to them and to offer food or beer through the windows, and at another point in the journey a group of German socialists even came on board hoping to speak to their Russian counterparts.

To a certain extent, however, Lenin sealed himself off, settling in a separate compartment and working on what became known as the ‘April Theses’. He was impatient to reach Russia and irritated by the high spirits of his fellow travellers who could be heard chatting, joking and singing next door. Even when the party had reached neutral Sweden and were travelling more conventionally and able to communicate with the outside world, Lenin devoted most of his time to working, networking and planning his next moves.

A final challenge came on the Finnish border, where the travellers were interrogated and searched at a British military checkpoint, before eventually being allowed to continue. At last, on 16 April, they arrived (on an ordinary train) at the Finland Station in St Petersburg, where Lenin proclaimed to a welcoming crowd the ‘worldwide Socialist revolution’ which he believed was just beginning. 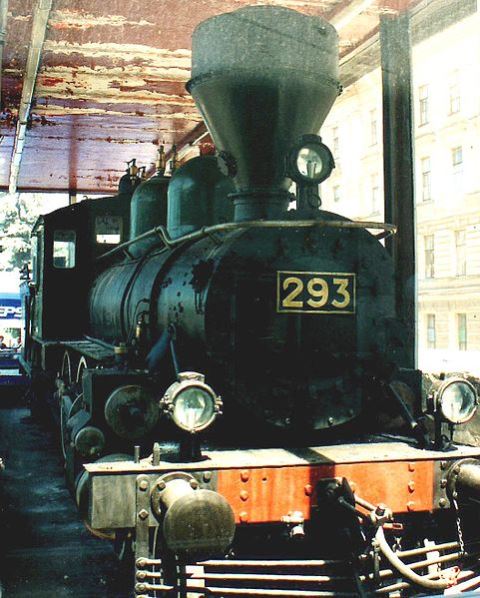 Finnish Locomotive 293, which undertook the last leg of Lenin’s journey. It was presented to Russia by Finland and is now preserved at the Finland Station in St Petersburg. (Photo © by James G. Howes, 1998, from  Wikimedia Commons)

Platten, who had been so vital to the journey, was no longer with the group, having been turned back at the Finnish border. He did later enter Russia, eventually settling permanently there, and in 1918 he provided another and even greater service to Lenin. They were travelling in a car together when a would-be assassin opened fire. Platten pushed Lenin down, sustaining a minor injury himself and probably saving the Bolshevik leader’s life. Despite his services to the Revolution, he later fell victim to Stalin’s purges, and was shot on 22 April 1942 – ironically, the anniversary of Lenin’s birth.

The British Library’s exhibition Russian Revolution: Hope, Tragedy, Myths is open until 29 August 2017, telling the extraordinary story of the Russian Revolution from the reign of Russia’s last Tsar to the rise of the first communist state. As part of the accompanying programme of events, on the evening of 25 July Historian Catherine Merridale and writer Viv Groskop will be in conversation about Lenin’s journey back to Russia. Details can be found here.