Victims and Pretenders: the Murder of the Romanovs

After the 1917 February Revolution in Russia, the former Tsar Nicholas II and his family were placed under house arrest. Initially they were held at the Alexander Palace at Tsarskoe Selo outside Petrograd, later being moved to the Governor’s Residence at Tobolsk in the Urals.

Although the Romanovs were essentially prisoners, it has been suggested that the Tsar was in some respects relatively content during this period. Relieved of the cares of state and in the company of his beloved wife and children, he could be a private family man, the role he enjoyed most. The family continued to live in reasonable comfort, with the hope of eventual asylum in another country – perhaps Britain or France – being held out by both Russian and foreign governments.

The Bolshevik seizure of power saw both comfort and hope gradually destroyed. The conditions of imprisonment became harsher and official promises of foreign asylum were replaced by vague rumours of secret rescue plots. In April 1918 there was a further move, to Ekaterinburg. Here the Romanovs were placed in a requisitioned villa, known as the Ipatiev House after its owner, but renamed by the Bolsheviks the ‘House of Special Purpose.’ A Soviet postcard from the 1920s showing the Ipatiev House, with the high fence built  in 1918 to prevent the Romanovs seeing or being seen by the outside world during their imprisonment. The text describes the house as ‘The last palace of the last Tsar’

In the early hours of Wednesday 17 July 1918, the family and their remaining servants – a doctor, maid, cook and valet – were woken and told to gather in the basement of the house prior to being evacuated to a new location. Once they were assembled, the commandant Yakov Yurovsky announced that the Tsar was to be executed by order of the Ural Regional Soviet. Yurovsky and a group of guards then opened fire on the whole party, each killer supposed to aim at a specific victim.

Accounts of what happened next vary slightly. However, all agree that it was not the swift and efficient execution planned by Yurovsky, but a chaotic and brutal bloodbath. None of the prisoners died instantly, and the Tsarina and her children had jewels sewn into their clothes for safekeeping, which prevented bullets from penetrating their bodies. Eventually they had to be bayoneted, bludgeoned or shot in the head at close range. 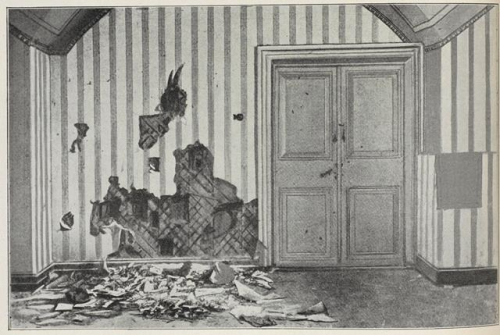 The basement room in the Ipatiev House where the Romanovs and their remaining servants were killed. Reproduced in Histoire des Soviets (Paris, 1922-23) 1854.g.15.

The first official reports of the murders stated that only Nicholas had been killed and his wife and children had been ‘removed to a safe place.’ This delay in telling the full story, together with the fact that the bodies had been disposed of in secret and attempts made to destroy them, helped to fuel rumours that one or more of the royal children had survived.

The first pretenders emerged in the early 1920s, and one came forward as late as 1995. In the early days, such claimants offered some hope to royalist exiles. Even if individual pretenders were proved false, their carefully-woven survival stories still represented the possibility that a true survivor might come forward.

Although each of Nicholas and Alexandra’s five children were represented by pretenders, the most common identities were those of the Tsarevich Alexei and the Grand Duchess Anastasia. The appeal of believing that the male heir to the throne had survived was obvious, but as the Tsarevich’s haemophilia became more common knowledge, would-be Alexeis had to concoct ever more fanciful medical histories for themselves to explain their survival.

The appeal of Anastasia as a potential Romanov survivor may have been that she was the Tsar’s youngest daughter and said to have been an exceptionally charming and vivacious child. But the number of Anastasia claimants probably also owes something to the most famous Romanov pretender, Anna Anderson. From the 1920s until her death in 1984, Anderson stubbornly maintained her claim to be Anastasia, discovered alive among the bodies in the basement and saved by a kindly Red soldier. She gained some prominent supporters, including people who had known the real Anastasia. 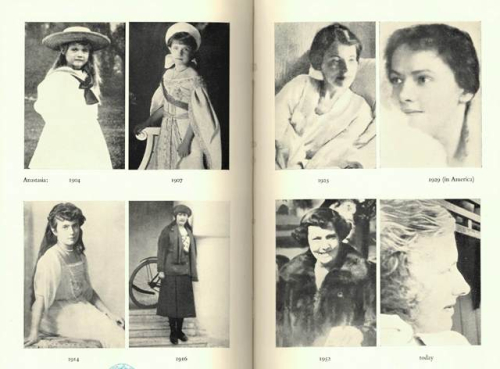 Anderson’s fame and longevity helped create a romantic myth of Anastasia’s survival, encouraging other claimants and spawning an industry of books, plays and films. But DNA testing after her death finally confirmed that she was unrelated to the Romanovs, and the discovery and identification of the Romanovs’ bodies in 1991 and 2007 finally proved that there had been no survivors of the execution.