Throughout the 19th century, a growing sense of Czech national identity was a constant source of alarm to the rulers of the Habsburg Empire. Friction between Czech and German speakers increased, and the first Slavic Congress, held in Prague in 1848, consolidated pan-Slavic sympathies. Although the Congress ended without formal agreement, one important result was the proclamation of a Manifestation to the Nations of Europe, calling for an end to the oppression of Slav peoples and ‘extending a brotherly hand to all neighbouring nations who are prepared to recognize and effectively champion with us the full equality of all nations, irrespective of their political power or size’.

On the outbreak of the First World War, many of the empire’s 8,000,000 Czechs and 3,000,000 Slovaks found themselves fighting under the Austrian flag. Wherever possible, their battalions were dispatched to the Italian front to reduce the likelihood of desertion to join their Russian and Serbian fellow-Slavs. Yet as the need for troops on the Eastern Front grew ever more urgent, this principle could no longer be maintained, and by 1915 many of these men found themselves deployed in Russian Poland.

On 5 August 1914 a battalion of Czechs and Slovaks known as the Česká družina (‘Czech Companions’) was organized within the Russian army to fight against the Austrians and their allies. More regiments were added as the war continued. In July 1917, the battalion, now known as the Czechoslovak Rifle Brigade (Československá střelecká brigáda), distinguished itself at the Battle of Zborov when its troops overran Austrian trenches. After this success, the Russians authorised the mobilisation of Czech and Slovak volunteers from Russian prisoner-of-war camps. The brigade was renamed again as the First Division of the Czechoslovak Corps in Russia (Československý sbor na Rusi) or the Czechoslovak Legion (Československá legie). By 1918 it contained some 40,000 troops. 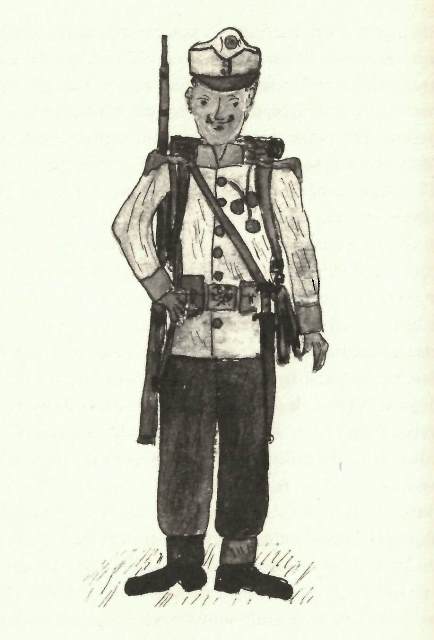 When the Bolsheviks seized power in 1917, the chairman of the Czechoslovak National Council, Tomáš Masaryk, began planning to transfer the Legion to France to continue fighting against the Central Powers. The Bolsheviks granted permission for the Legion to travel from Ukraine to Vladivostok to embark on transport vessels as many of Russia’s chief ports were blockaded, but this was hindered when, in January 1918, the German Army launched Operation Faustschlag on the Eastern Front to force the Soviet government to accept its peace terms. In early March, after the Treaty of Brest-Litovsk had taken Russia out of the war, the Czechoslovak Legion successfully fought off German attempts to prevent their evacuation in the Battle of Bakhmach. 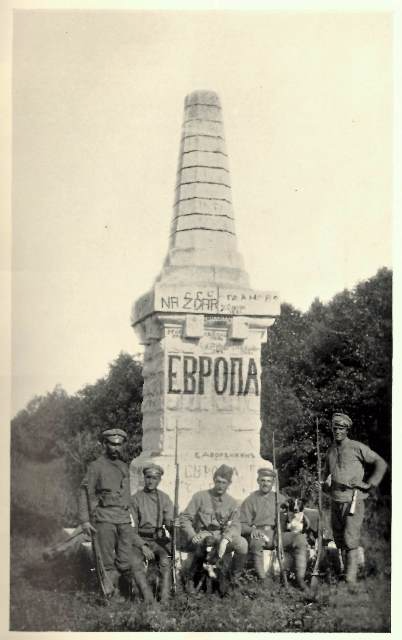 On 25 March, an agreement was signed ordering the Legion to surrender most of its weapons in exchange for safe passage to Vladivostok. The evacuation was delayed by the dilapidated state of the railways, the shortage of trains and the constant need to negotiate passage with local soviets. There was also mutual mistrust between the Legion and the Bolsheviks. When, on 14 May, a dispute broke out at the Chelyabinsk station between legionaries heading east and Hungarian prisoners of war heading west to be repatriated, Leon Trotsky ordered that the Legion be disarmed and arrested.

This triggered what became known as the Revolt of the Legions. By the end of June, the Czechoslovak Legion had seized Vladivostok and overthrown the local Bolshevik administration. On 6 July they declared the city an Allied protectorate. By early September they had swept Bolshevik forces from the entire length of the Trans-Siberian Railway and taken all the major cities of Siberia, but their seizure of Ekaterinburg came less than a week too late to save Tsar Nicholas II and his family. 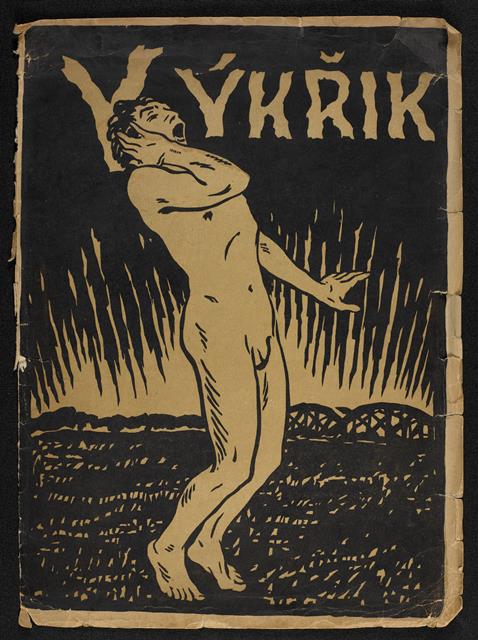 Výkřik (‘The Scream’), a magazine printed by the Czechoslovak Legion during the Russian Civil War. RB.31.c.832.

As the Red Army gained strength and retook several cities the Legion’s enthusiasm waned, and when the independent state of Czechoslovakia  was proclaimed on 28 October 1918, its members had every reason to wish to return home. On 18 November a coup overthrew the leadership of the Whites’ Provisional Government in Siberia, with which the Legion had made common cause, and Admiral Aleksandr Kolchak was appointed ‘Supreme Leader’. The Legion was left to defend Kolchak’s sole supply route and the gold bullion which he had captured from Kazan for much of 1919, but most legionaries were uneasy with Kolchak’s rule. On 7 February 1920, the Legion signed an armistice with the Fifth Red Army granting safe passage to Vladivostok on condition that they did not try to rescue Kolchak and left the remaining gold with the authorities in Irkutsk. Illustration from Přál jsem si míti křídla: ‘One day we were delighted by the news in the papers that Austria was no longer fighting and the Czech Republic had been established.’

It was not until 1 March 1920 that the final Czechoslovak train left Irkutsk, and only in September that the last legionaries sailed from Vladivostok. Many of those who returned brought their skills and experience to the newly-established Czechoslovak Army; others, including Jaroslav Hašek, author of the satirical novel The Good Soldier Švejk, joined the Czechoslovak Communist Party. Still others lived to write their memoirs, including Gustav Becvar, whose account appeared in English as The Lost Legion. It concludes, ‘On 20 June 1920 we crossed the frontier of our newly freed homeland, the Czechoslovak Republic. […] Here, after six and a half years of weary exile, I saw my mother again.’