On 6 August, Belarus will celebrate 500 years of printing, and also 500 years of East Slavonic printing. On that day in 1517 Francysk Skaryna (in various traditions his name has also been spelt as Francis Skaryna, Frantsisk Skorina, Franciscus Scorina and more) published the Psalter, one of the books of the Bible. 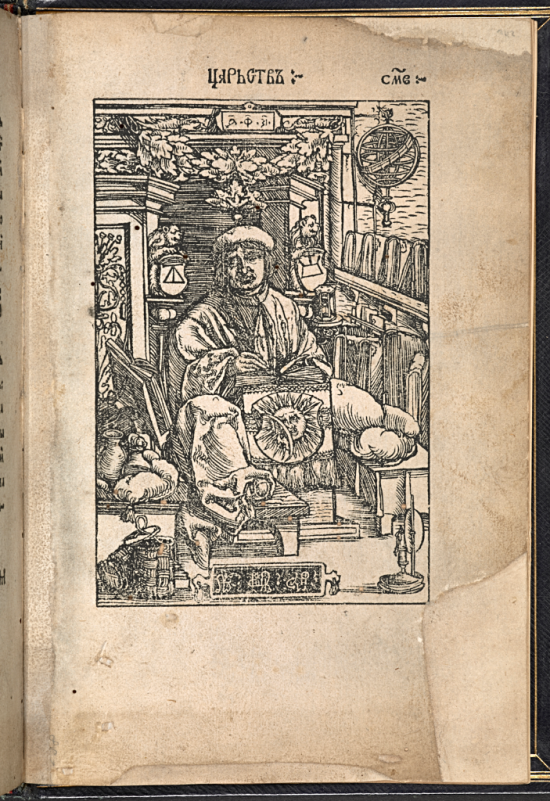 Portrait of Skaryna from his translation of the Old Testament Books of Samuel and Kings, Bivliia ruska: Knigi tsarstv (Prague, 1518). C.36.f.4

Skaryna was born in the oldest Belarusian city, Polatsk. He was educated in universities in Kraków and Padua, and started his publishing endeavours in Prague – then one of the main centres of printing – and continued in Vilnius, which remained the most important centre of Belarusian culture and history from medieval times until the 1920s.

In the Belarusian cultural pantheon, Francysk Skaryna has a very special place. He was the most outstanding figure of the Renaissance and its humanist tradition in Belarus. He is also the most important Belarusian writer and translator of the period; an educator, philosopher and theologian, a fascinating entrepreneur and innovator, and an example of passionate patriotism.

Skaryna intended to publish the whole Bible. Between 1517 and 1519/20 he managed to produce more than half of the Old Testament – 23 books. These were translated into the Belarusian version of the Church Slavonic language then widely used in the Orthodox Church. Skaryna’s translation is close to the ‘Benatska Bible’ published in the Czech language in Venice in 1506 (C.18.b.2.); however, he consulted texts in ancient Biblical languages, as well as Church Slavonic manuscripts. The text of his Ruthenian Bible (Bivliia ruska) was supplemented by the translator’s prologues and commentaries in the Old Belarusian language. 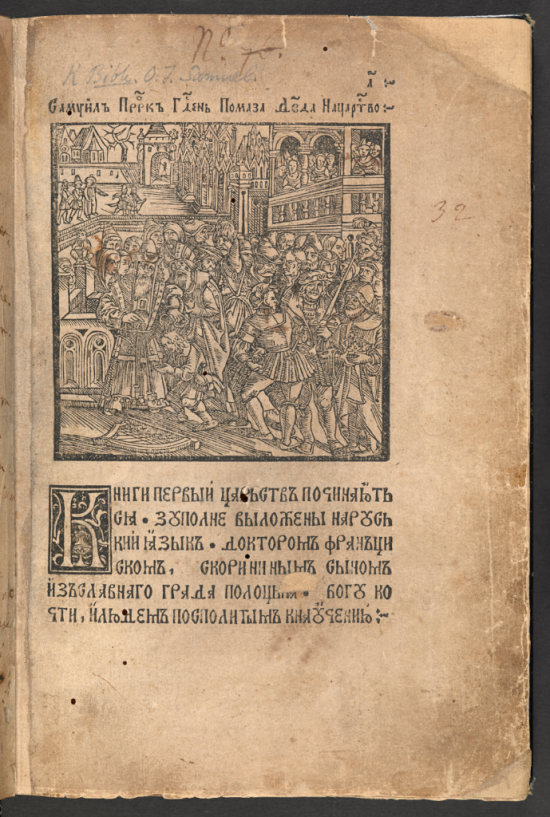 In the prologue to the Psalter Skaryna explained his motives: “Seeing the usefulness of this small book, I decided to print the Psalter in Ruthenian words in Slavonic language for the glory of God in the first place [...] and for the good of everyone, because the merciful God sent me to the world from this people.” Skaryna intended his books for distribution among the common people (pospolityj lud) and other classes of his compatriots, the people of the Grand Duchy of Lithuania (contemporary Belarus, Lithuania and Ukraine). Interestingly, in virtually all prologues to his books, the printer mentioned his birthplace, the glorious city of Polack.

In 1520, Skaryna left Prague for Vilnius, the capital city of the Grand Duchy of Lithuania, to open his own printing house. Printed Cyrillic books were still a novelty there, and the underdeveloped market dictated a different kind of literature. In Vilnius, Skaryna published The Small Travel Book (1522) and Apostol (1525) intended for daily prayer use by the largest possible audience, both clerics and lay people, as well as for use in primary schools. 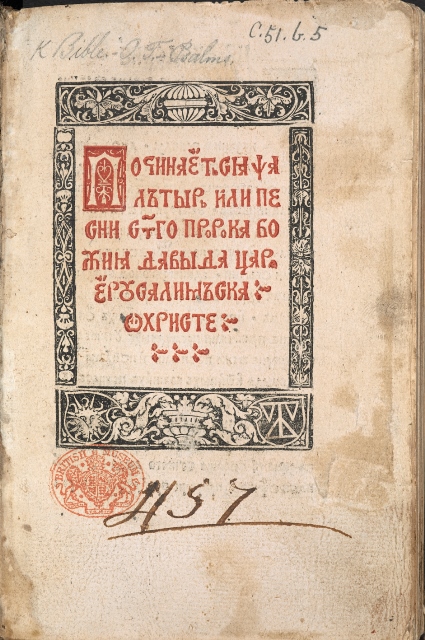 Scholars and churches in Belarus continue to debate Skaryna’s religious affiliation. It is likely that he was born into an Orthodox family but educated by Roman Catholics. He served as a secretary to Bishop Jan of Vilnius and may have converted to Roman Catholicism. In his own prayers (Orthodox in form), Skaryna referred to Catholic dogmas which allows us to assume that he might have been a convinced Uniate (or a Greek Catholic, in the contemporary terminology). Skaryna travelled widely throughout Protestant Europe and was at least once accused by a polemicist of being a “heretic Hussite”, a follower of Jan Hus who was one of the forerunners of the Reformation. Church calendars in Skaryna’s books have some elements in common with the Protestant tradition.

After Belarus became part of the Russian Empire at the end of the 18th century, all Skaryna’s books were removed from Belarus. They ended up in state libraries in Moscow, St Petersburg, Vilnius and various private collections. Just over 500 books by the first Belarusian and East Slavonic printer are known to survive today, more than half of them in Russia. A significant number of Skaryna’s publications are found in Ukraine. Skaryna’s books were well known in Ukraine and influenced Ukrainian Biblical translation and printing traditions. In Britain, the British Library, Cambridge University Library  and Trinity College Cambridge have copies of Skaryna’s books. The Belarusian Library in London also has a small fragment of one of the Prague editions. Three digitised books printed by Skaryna from the British Library's collections  (Books of Samuel and Kings C.36.f.4; Psalter C.51.b.5; Acts and Epistles; C.51.b.6) will be donated to the National Library of Belarus in September 2017. 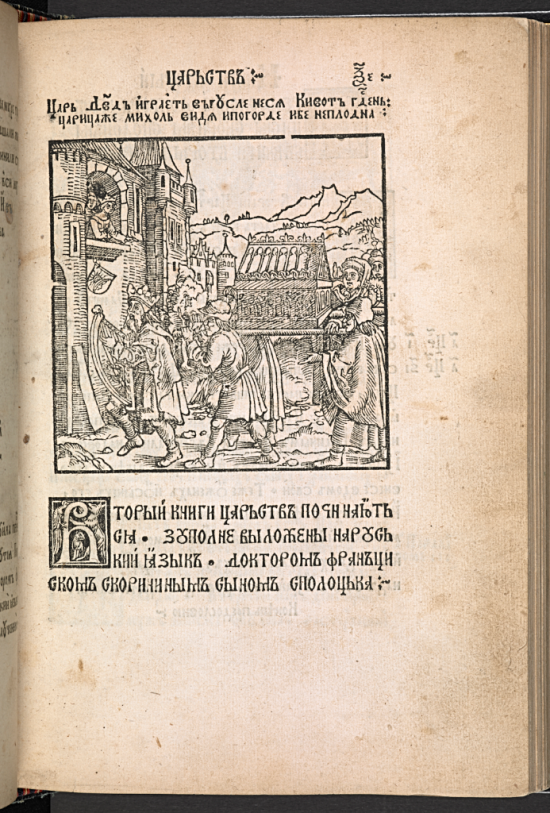 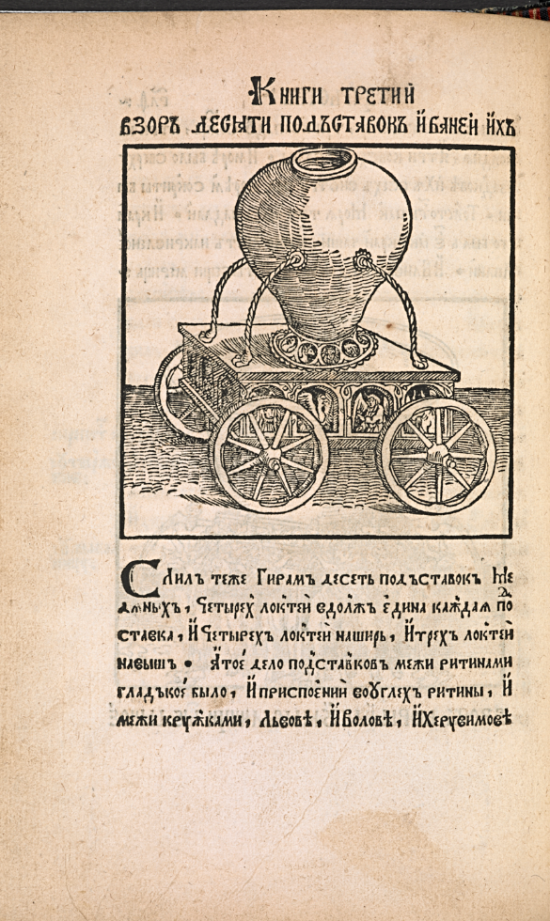 In 1925, both the Belarusian Soviet Socialist Republic and the Belarusian community in the western part of the country – then controlled by Poland – celebrated 400 years of Belarusian printing. The date related to the first book Skaryna published in Vilnius. For the occasion, the Belarusian State University Library (now National Library of Belarus) purchased ten of Skaryna’s books from a private collector in Leningrad. Since then, no more of Skaryna’s works were acquired for Belarus until February 2017 when one of the Belarusian banks announced the purchase of a copy of The Small Travel Book for its corporate collection. Currently, this copy is on tour to Lithuania, Poland, the Czech Republic and Italy - countries where Skaryna lived - before returning in September 2017 to Minsk for a grand exhibition, ‘Francis Skaryna and his epoch’. 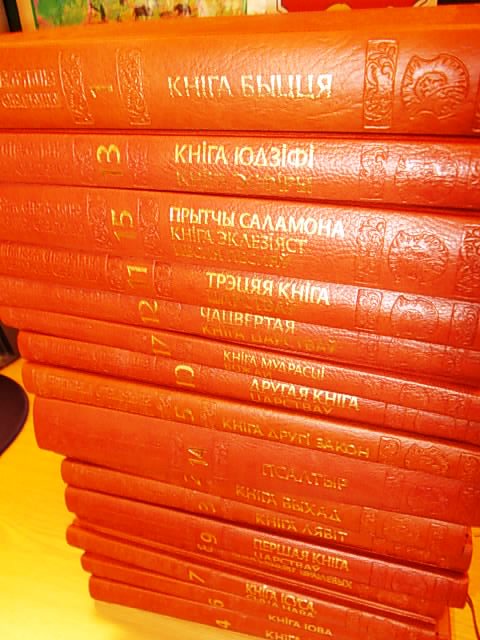 The first 17 volumes of the facsimile edition of Skaryna's books (Minsk, 2013- ) donated to the British Library by the National Library of Belarus.  Catalogued and photographed  by Rimma Lough. ZF.9.a.11377

The National Library of Belarus, meanwhile, is about to complete a multi-volume facsimile reproduction of all Skaryna’s books (picture above). Digital copies for this project were offered by many libraries and collections from around the world. The National Library is donating this publication to major libraries in Belarus and abroad, as well as to all institutions preserving Skaryna’s works. On February 27 this year a delegation from the National Library of Belarus presented a copy of the facsimile edition to the British Library in the special event held in the British Library. 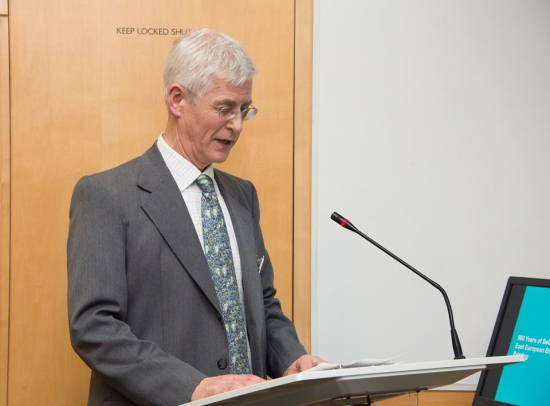 Kristian Jensen, Head of Collections and Curation, greeting the audience at the Belarusian event in the British Library.

Alongside this project, the National Library of Belarus has been acquiring as many digital versions of all known copies of Skaryna’s publications as possible to create a comprehensive collection and make it accessible to researchers. The Library has truly been the driving force in celebrating 500 years of Belarusian and East Slavonic book printing. Hundreds of events have taken place in Belarus and abroad, and more are still ahead, among them an International Congress “500 Years of Belarusian Printing” and the most comprehensive exhibition of Skaryna’s works; both are taking place in Minsk in September 2017. 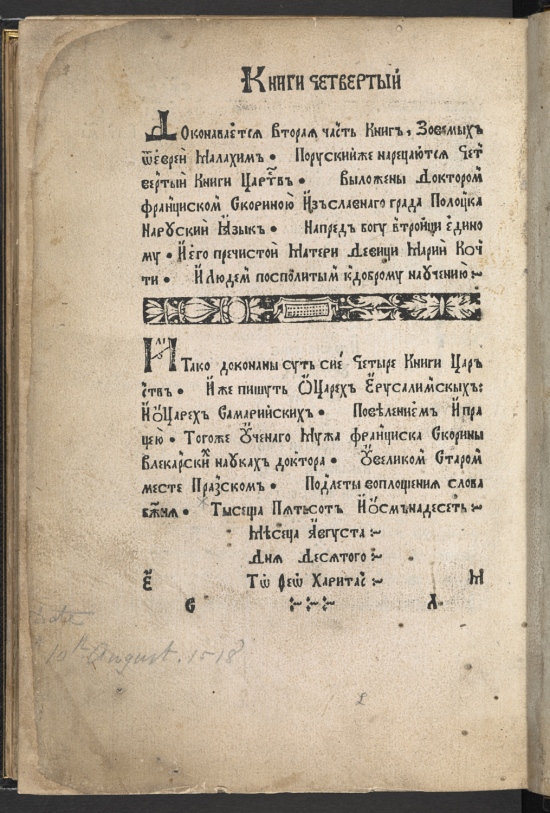 Ebenezer Henderson, Biblical researches and Travels in Russia, including a tour in the Crimea; and the passage of the Caucasus: with observations on the state of the Rabbinical and Karaite Jews, and the Mohammedan and Pagan tribes, inhabiting the southern provinces of the Russian Empire (London, 1826).  1048.k.28.