Bread as a weapon in two Spanish wars

In Anthony Mann’s film of El Cid, the hero lays siege to Valencia, held by Al Kadir, in 1093-4. To quote the novelisation by Robert Krepps:

Al Kadir awoke slowly as was his habit. The pangs of hunger already ate away at his swollen belly [...] He heard a confused noise outside the palace; probably the damned machinery of the infidel was hurling stones already, for he could hear between the babbling cries of the people the short thunks of missiles striking tiles and earth.
[...] He could see only people moving at staggering runs through the dark streets below. One of them waved something. It looked like a big loaf of bread, but could not be. [...]
‘What is it? What is it he?’ shouted, rushing across the broad wall to them.[...]
‘The infidels are bombarding the city,’ said one, saluting without straightening up. ‘With food’. (pp. 196-7) 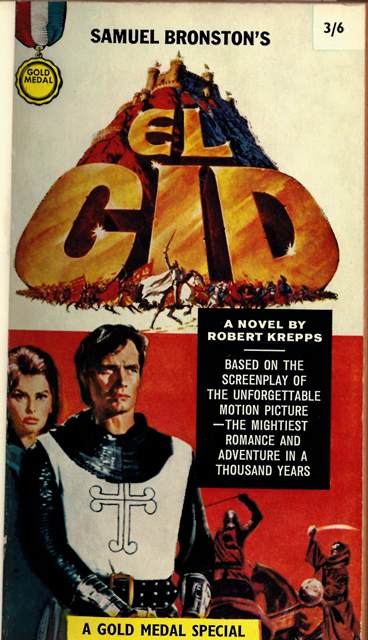 Food shortages began to be felt in the city. No relief force appeared. About the end of May Ibn Jahhaf opened negotiations. Terms of surrender were agreed. Rodrigo Díaz had made himself the master of Valencia.( p. 164)

The great Spanish philologist Ramón Menéndez Pidal (1869-1968) was advisor to director Anthony Mann. The plot drew on not only the medieval epic Poema de Mío Cid (1200?) but also the ballads, which supplied the love of the Cid and Doña Jimena. 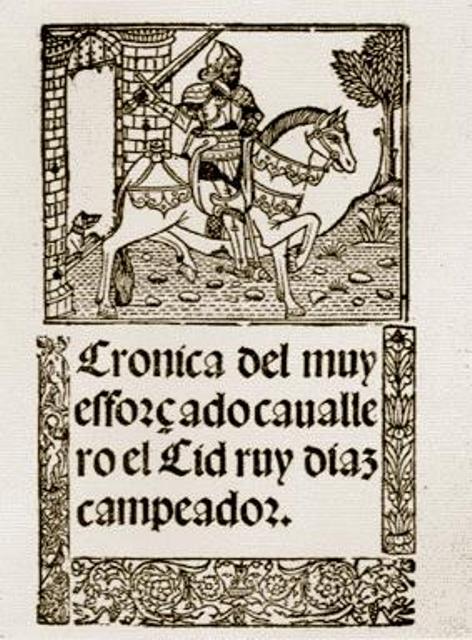 From the 11th century we now move to the 20th, no more civilised.

It was said that more than 400 people died of inanition each week in Madrid [...]In November [1938], when the Francoists bombed Madrid with fresh white bread, JSU [Juventudes Socialistas Unificadas, actually a communist group] militants denounced this as a insulting gesture and burned the loaves in street bonfires. Alvaro Delgado, a student at the time, told the British historian Ronald Fraser: ‘It came down in sacks with propaganda wrapped round it saying: “This bread is being sent you by your nationalist brothers.” It was beautiful, white bread. Some came through a broken skylight at the Fine Arts School, and when no one was around I and other students ate so much we felt sick.’ On the streets, others trampled the bread in a fury. Despite their hunger, people were shouting: “Don’t pick it up.” Even [Segismundo] Casado recalled later that women and children launched themselves on to some men who were seen picking up the bread. They collected the loaves and took them to the Dirección General de Seguridad, the national police headquarters, whence it was transported to the battlefront and handed back to the Francoists. (p. 41)

Even the most dedicated Waitrose shopper needn’t be reminded that in the 1930s the most prestigious bread was white. 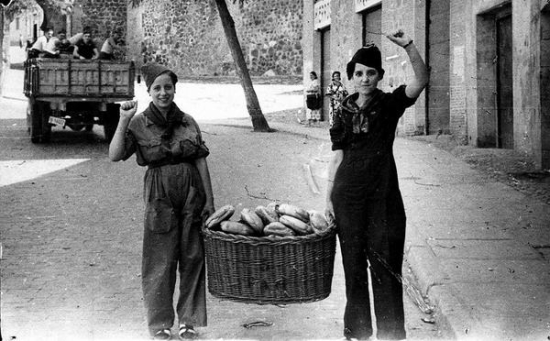 I learn from John Aberth’s A Knight at the Movies: Medieval History on Film (London, 2003; YC.2005.a.214) that the medieval film scene was not only fictitious, and modelled on the events of the Civil War:

But even [Menéndez] Pidal, who places great emphasis on the Cid’s humane treatment of his enemies, does not go so far as to say that his hero fed the inhabitants of a city he was trying to starve into submission. Instead, the scene closely follows a characteristic piece of Nationalistic propaganda: that its conquering forces were humanitarian ‘liberators’, as evidenced by carefully staged film footage of female members of the Falange distributing bread and food from the backs of trucks to the outstretched hands of a grateful crowd (p. 140).

We can all appreciate the sacrifice the Republicans made in destroying the loaves, but we should also remember that there is a taboo in Spain on wasting food, particularly bread.