With 1 August being Swiss National Day and 2017 marking the 500th anniversary of the Reformation, it seems like an good moment to look at the Reformation in Switzerland. The country boasts two of the early centres of European Protestantism, Zurich and Geneva, and the latter city is still in some ways synonymous with Protestantism.

Zurich was the first Swiss city to introduce the Reformation, under the guidance of Huldrych Zwingli, preacher and later canon at the Grossmünster, one of Zurich’s most important churches. From his first appointment in 1519 Zwingli began to introduce reformist ideas, influenced by both Luther and Erasmus, into his sermons and practice. 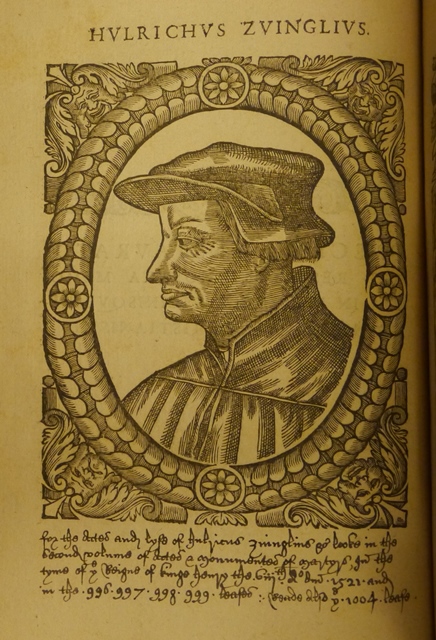 But the decisive move, seen as the real start of Zurich’s Reformation, came in March 1522 when Zwingli attended a meal in the house of the printer Christoph Froschauer during which sausages were served. This may sound trivial to modern minds, but the ‘Zürcher Wurstessen’ was no ordinary sausage supper. It took place during the fasting season of Lent when the Church required its members to abstain from eating meat. By condoning the breaking of this fast, Zwingli was openly challenging the Church’s authority. He wrote a defence of the action and general condemnation of fasting, claiming it had no scriptural authority, and followed this up in with an attack on clerical celibacy. 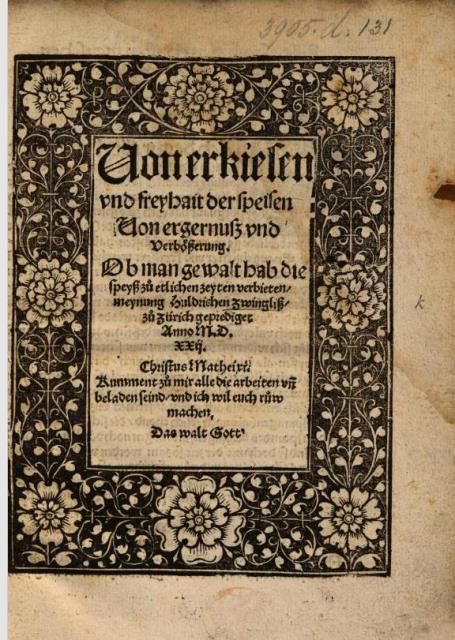 The Reformation progressed in Zurich, but not without controversy. Zwingli was opposed not only by the traditional Church authorities but by more radical reformers who believed he was too compromising in his stance. Zwingli also disagreed with Luther on key points, notably the Real Presence of Christ in the eucharist. A debate between Luther, Zwingli and their respective supporters in 1529 failed to resolve their differences.

Meanwhile, although some Swiss cities and cantons followed Zurich’s reforming lead, others banded together to defend their traditional faith, leading to the first of several confessional conflicts over the coming centuries. Zwingli himself was killed in one of these wars in 1531.

Five years later a young French theologian, Jean Calvin, settled in Geneva. Following a conversion to the reformed faith, Calvin had published Institutio Christianae Religionis (Institutes of the Chrisitan Religion) as an expression of his own faith and an interpretation of reformed religion for new believers, which he would revise and enlarge throughout his life. 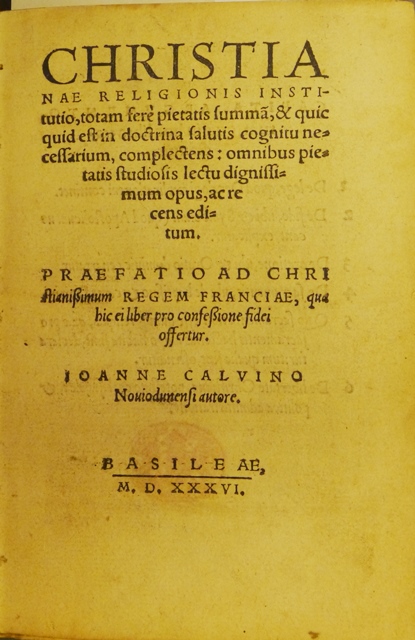 Calvin and his associates began to introduce their brand of religious reform to Geneva. After initial difficulties Calvin was gradually able to develop the city into a centre of Protestantism. It became a magnet for scholars and also a refuge for reformers persecuted in their own countries. Among the latter was William Whittingham, whose English translation of the Bible, known as the ‘Geneva Bible’, became standard in contemporary Protestant Britain and remained popular among noncoformists even after the publication of the King James Bible. 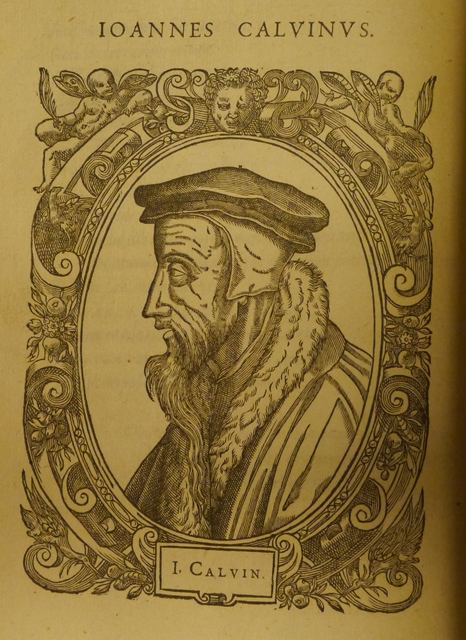 Another refugee, the Scottish reformer John Knox, described Geneva as ‘the most perfect school of Christ that ever was … since the days of the Apostles’, but not everyone was so impressed. Voltaire would later complain that, by closing down the convents, Calvin and his associates had managed to ‘turn all society into a convent’ and that ‘for more than two hundred years there was not a single musical instrument allowed in the city of Geneva’. Calvin’s Geneva still has a reputation as a rigidly puritanical society run as a near-theocracy, where popular pleasures were banned and moral standards strictly enforced.

Yet like that other European stronghold of Calvinism, the Netherlands, Geneva also developed a reputation in the following centuries for tolerance and would offer refuge to figures such as Voltaire himself, as well as remaining a home of strict Protestant observance. Today the city actually has a higher proportion of Catholic than Protestant residents, but still celebrates its history as ‘the Rome of Protestantism’.