The 7th International Arsenal Book Festival was held from 17-21 May 2017 in Kyiv, in the National Cultural-Artistic and Museum Complex ‘Art Arsenal’. New publications from more than 150 publishing houses were presented there. 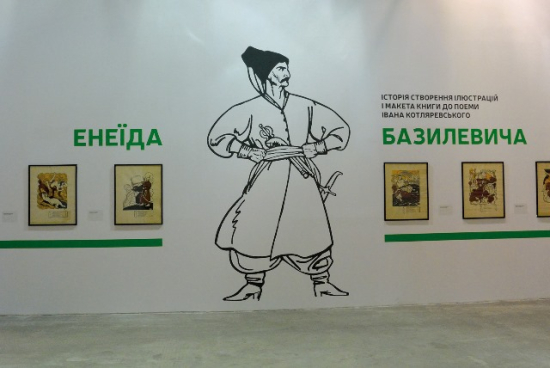 Above and below: Photos from the  festival. With a kind permission of  Oleksiy Bazylevych 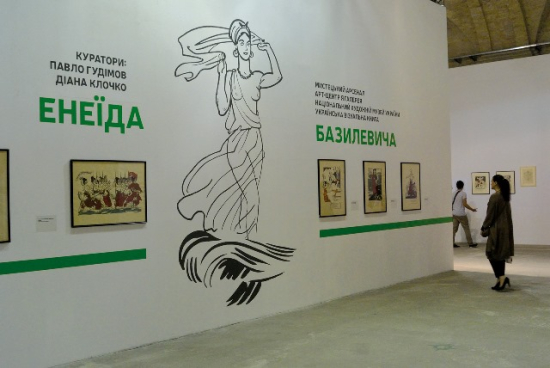 This year the Festival, entitled ‘Laughter. Fear. Strength’, provided an opportunity for discussion of the nature of laughter, its many-faceted forms, its decisive role in periods of crisis, and the way in which we laugh now. An important occasion relating to this theme was the 175th anniversary of the publication of the complete edition of the Aeneid by Ivan Kotlyarevsky – a shining example of Ukrainian humorous culture.

The poet and playwright Kotlyarevsky was the creator and father of modern Ukrainian literature. He devoted the major part of his life to the creation, in burlesque travesty style, of the poem Aeneid, which parodies Virgil’s epic. The Aeneid of Kotlyarevsky is a true encyclopaedia of the popular life, domestic affairs and customs of contemporary Ukrainian society. The depiction of the characters of Kotlyarevsky’s Aeneid in visual art has a long history. Its first illustrator was the Ukrainian painter, graphic artist and student of folklore and ethnography Porfyriy Martynovych, who in 1873-4 created several drawings for the Aeneid. In 1903-4 a jubilee edition of the Aeneid was published with 10 black-and-white illustrations by the painter and graphic artist Vasyl' Kornienko. A single colour illustration was created in 1919 by the outstanding graphic artist Heorhiy Narbut;  however, it became a permanent treasure of Ukrainian art. 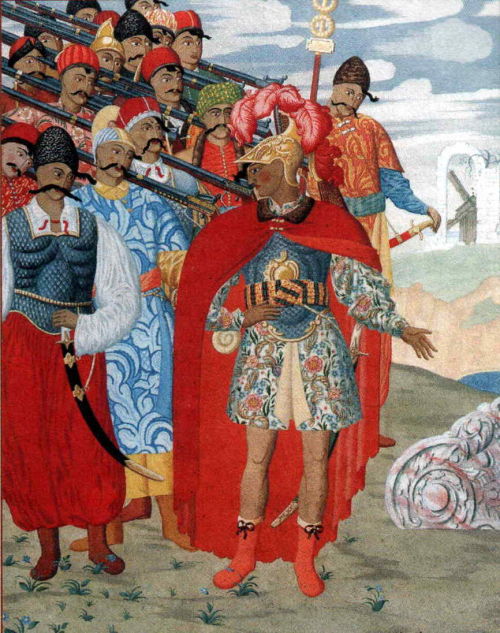 In 1931 Ivan Padalka,  professor of painting at the Kyiv Art Institute and one of the Ukrainian artists of the Boychuk school, illustrated the Aeneid. In 1937 the Aeneid was published with illustrations by the graphic artist and painter Mykhailo Derehus (1904-1997), and in 1949 with illustrations by Ivan Izhakevych and Fedir Konovaliuk (1897-1984).

The largest project illustrating the Aeneid is that by Anatolii Bazylevych, differing in the number of the illustrations – 130 drawings in colour – and the depth of his understanding of the poem. An outstanding master of book art, the creator of numerous illustrations for classical works of Ukrainian and world literature and those of contemporary writers, Bazylevych is rightly considered one of the artists who determined the image of Ukrainian art in the second part of the 20th century. 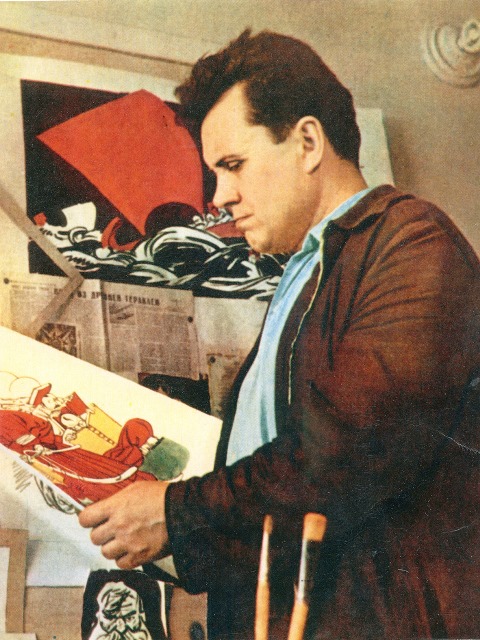 Photograph of Anatoliy Bazylevych, from the periodical Ukraina (Kyiv, 1966).  By kind permission of Oleksii Bazylevych.

Bazylevych was born on 7 June 1926 in Zhmerynka in the Vinnytsia region, into the family of an engineer. Later his family moved to Mariupol where he spent his childhood and had his first art lessons in a school art study group. He survived the Nazi occupation and forced labour in factories in Germany, where he was deported with his family and where his father perished. Despite all these hardships, Bazylevych did not abandon his dream of becoming an artist. He received his education at the Kharkiv Art Institute in 1947-1953, afterwards moving to Kyiv, where for many years he worked with several publishing houses.

The work of illustrating the Aeneid occupied nine years of the artist’s life: three variants of the book’s design, hundreds of sketches from nature, and the creation of his own original fonts. He finished his work on the Aeneid in 1967. In the Aeneid Bazylevych was not just an illustrator: he was a creator of images, who by his own methods opened up the real core of the text to a wider audience. In a way he was the co-author of the Aeneid in his own genre. This is the key to the huge popularity of the editions of 1968-70. ‘Have you seen Bazylevych's Aeneid?’ people asked one another at this time. There were queues for the book in the shops; the first edition quickly sold out, and in 1969-70 there were two more editions. The British Library holds that of 1969. 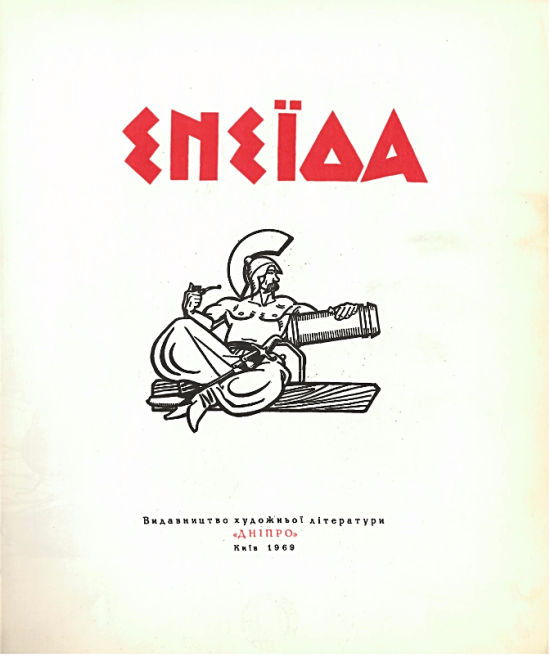 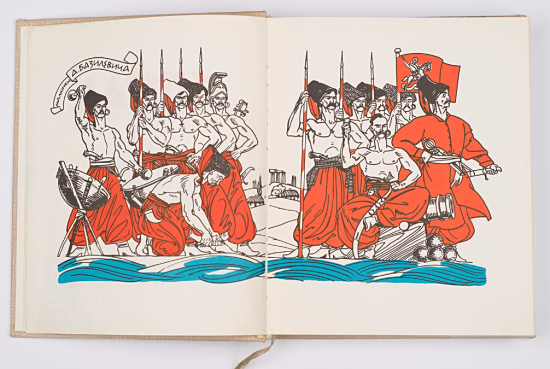 Altogether Bazylevych’s Aeneid was published in dozens of editions in different designs and with different numbers of illustrations, in both colour and black and white variants, published in Germany, Canada and Georgia as well. 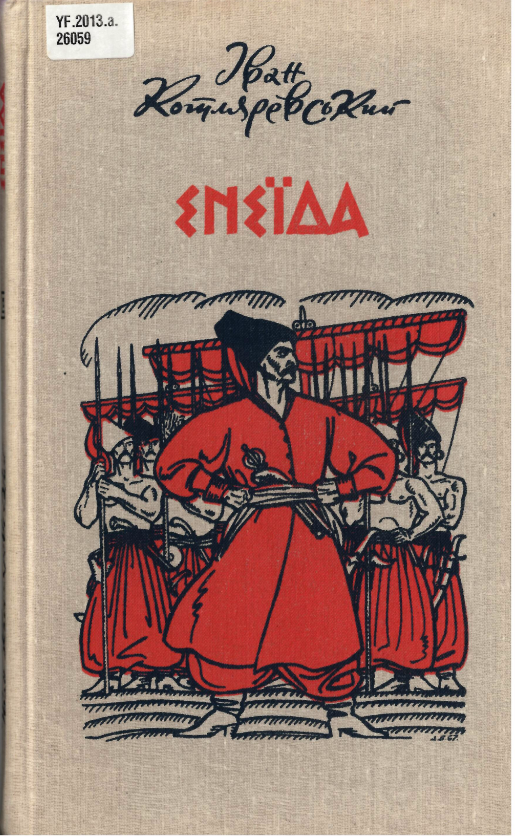 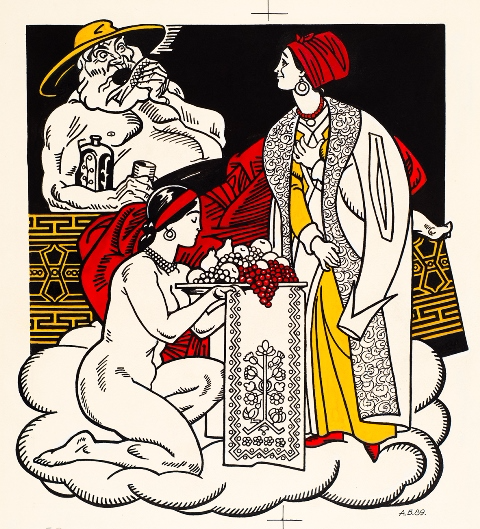 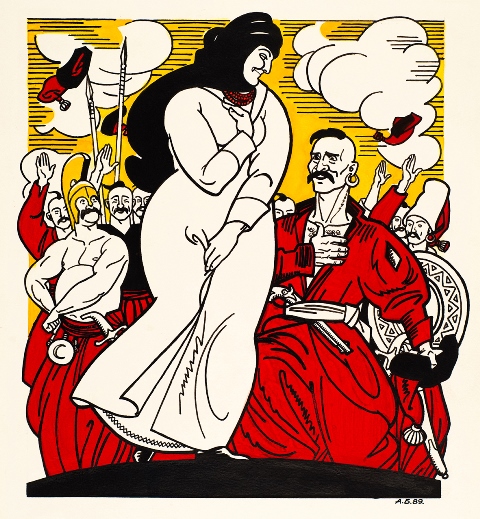 The Aeneid was the greatest of Bazylevych’s works. After 1968 he continued working on the Aeneid, copying images, designing calendars and cards with images of Cossacks until his death in 2005. This year the publishing house Artbook published a new book: Eneida Bazylevycha (The Aeneid of Bazylevych; edited by Pavlo Gudimov, Diana Klochko), dedicated to the history of the creation of Bazylevych’s illustrations. ‘A book about the book’, the Aeneid of Bazylevych includes material from the family archive, a memoir by the artist's son Oleksii, original illustrations and sketches, and the author’s layouts. In the competition for the best book design which was held for the third time during the International Arsenal Book Festival in cooperation with the Goethe Institute in Ukraine and with the support of the Frankfurt Book Fair and the Buchkunst Fund, The Aeneid of Bazylevych was one of the three best books about art. 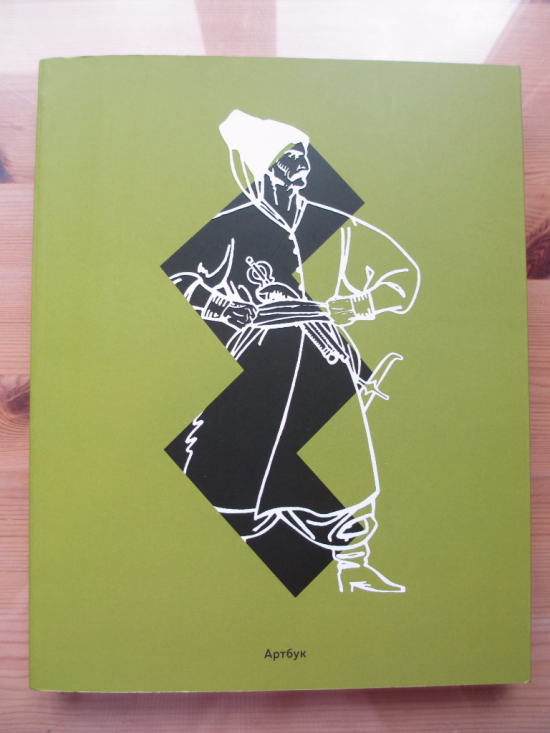 Oleksii Bazylevych, Member of the National Union of Artists of Ukraine, Senior Lecturer in the Department of Drawing in the Boychuk Kyiv State Institute of Decorative-Applied Art and Design