'Poema a fumetti' by Dino Buzzati

The British Library holds a copy of the first edition of Poema a Fumetti by Dino Buzzati, which, published in 1969, is the novelist’s last literary work. 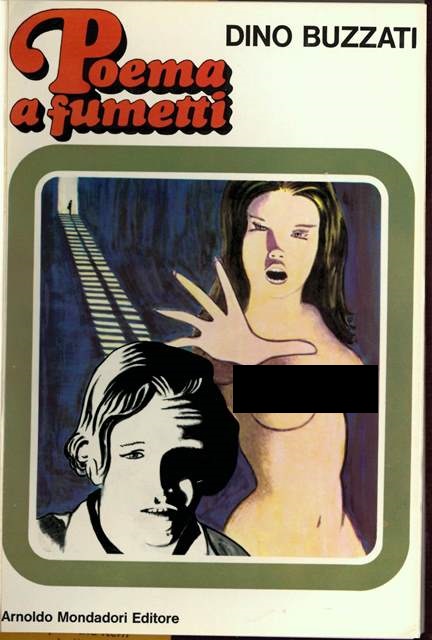 It has words in it, yes, and, as the title suggests, is a poem, a story; however, it’s a story told with more than just words, as these are paired with illustrations, drawn by the author himself. What is interesting about Dino Buzzati’s last work before his death is that, even though it is not the work for which the writer gained recognition (he won the Premio Strega in 1958 with Sessanta Racconti, a collection of short stories), it is hardly the amusing/adventurous story we expect to read in a comic strip. Certainly, Italians were already familiar with darker comic strips, the so called “fumetti neri” (Diabolik was published for the first time in 1962) and graphic novels (La ballata del mare salato, first of the Corto Maltese series, was published in 1967), but less familiar with a comic strip created by a novelist to re-tell and re-imagine a story from Greek mythology, namely, the story of Orpheus and Eurydice. Buzzati chose this story to reflect and visualize, on one hand, the literary themes his readers were accustomed to, such as hold and death (Il deserto dei Tartari, 1940; 11567.c.28.); mystery and surrealism (Sessanta Racconti, 1958; 12472.pp.6.); love and women (Un amore, 1963; 12521.h.47.). On the other hand, by modernising it, the story portrays the time the author was living in – a time when pop culture was shaping the young generation’s imagination: the story takes place in modern-day Milan where a singer-songwriter named Orfi descends into the Realm of the Dead to look for Eura, his girlfriend who died recently. 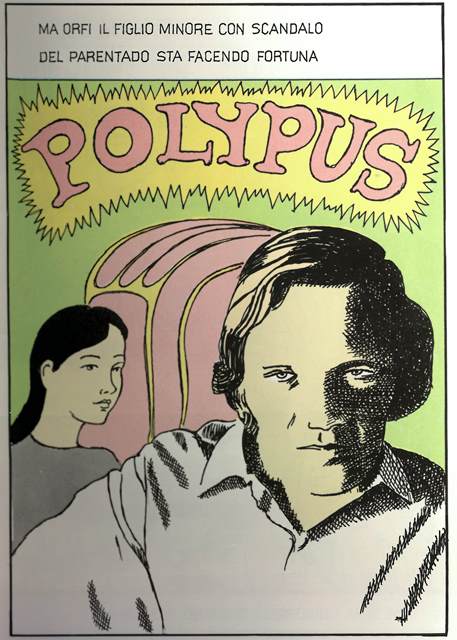 Buzzati’s Orfi (above) and Eura (below) from Poema a fumetti 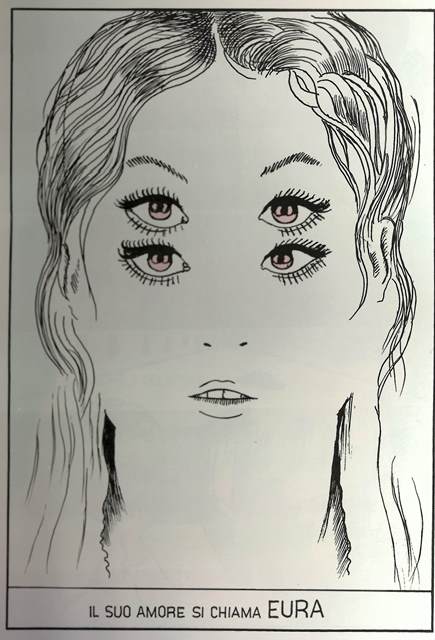 The beyond is, in the words of Julian Peters, “exactly like the world one has known while living – in Orfi’s case, it looks like modern-day Milan. The only real difference is that there is no death, and consequently, no emotional intensity to one’s existence. This is because, as Buzzati’s entire narrative is bent on demonstrating, all human emotions, and above all love and sexual desire, are in one way or another connected to our knowledge of our own mortality.” ()”). 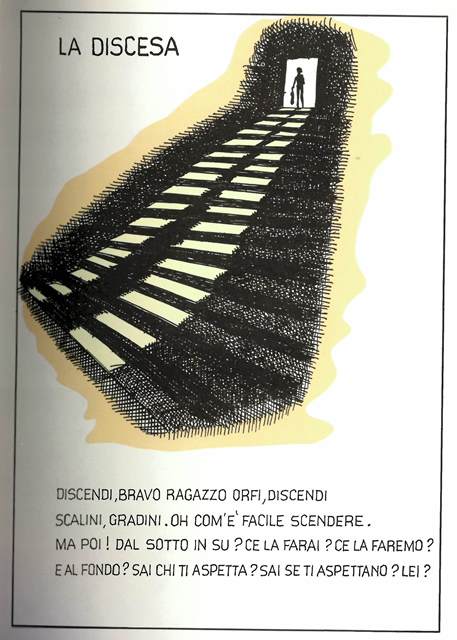 Orfi’s descent into the underworld, from Poema a fumetti

If this does not make Poema a fumetti a literary work, it does open a new window onto the history of comic strips: although, as Peters argues, “Buzzati’s graphic narrative makes no attempt to distance itself from the characteristic ‘lowbrow’ elements of pulp comics”, what it does do is to push the subject matter towards a lyrical depth. And this was something Italians were not used to coming across in a comic strip.

Poema a Fumetti was translated into English for the first time by Marina Harss in 2009, as Poem Strip. 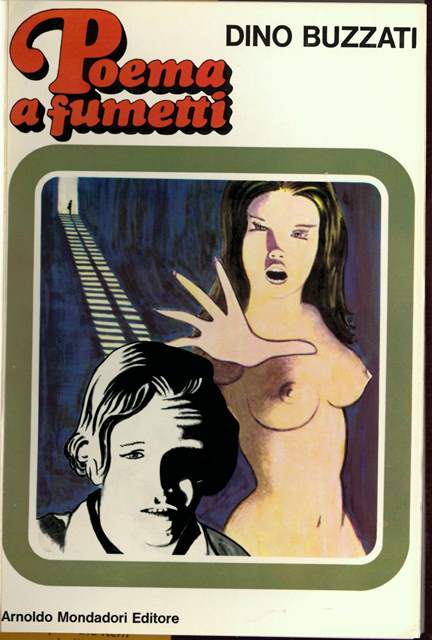 The uncensored cover of Poema a Fumetti