For someone who would be among the first to examine heredity from a scientific viewpoint, the origins of a little boy born in Burgundy on 7 September 7th 1707 were not promising. His father, Benjamin François Leclerc, was a very minor official administering the much-resented gabelle, or salt tax, and his mother Anne-Christine came from a similar background of civil servants. They might have expected that their son, named Georges-Louis after his godfather Blaisot, might follow the family tradition. However, prefiguring the career of Alexander von Humboldt, he grew up to reject the civil service in favour of the far more colourful world of travel, scholarship and natural history. His final break with his heritage was symbolized by his adoption of the name by which he is known to history – Buffon. 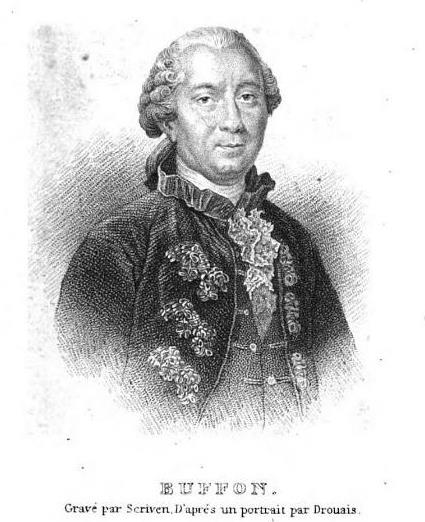 Young George-Louis’s life exemplified Perrault’s sage remarks in his Contes about the value of influential godparents. When he was seven his godfather, a wealthy tax-farmer, died without issue and left him a fortune. Despite the family’s sudden elevation (his father bought an estate containing the village of Buffon), there was no thought of raising him in luxury and idleness, and he was sent to study law in Dijon. In 1728 he transferred to Angers to pursue medicine and mathematics, and two years later accompanied the young Duke of Kingston on the Grand Tour through the south of France and into Italy. He made a hasty return to Dijon in 1732, as his mother had died, his father was about to remarry, and he feared that his inheritance might be in jeopardy. Having secured it, he set off for Paris to establish himself as a scientist – but not before buying back the village of Buffon which his father had sold, and whose name he had added to his own.

Mingling with Voltaire and other Parisian intellectuals, Buffon was admitted to the Academy of Sciences in 1734 in recognition of his achievements in calculus and probability theory. He was also taken up by the Comte de Maurepas, Secretary of State of the Navy and of the Maison du Roi, who was impressed by research which he carried out on timber for shipbuilding. With Maurepas’s help he was appointed to the directorship of the Jardin du Roi in 1739, expanding it by land purchases and the acquisition of numerous botanical and zoological specimens. 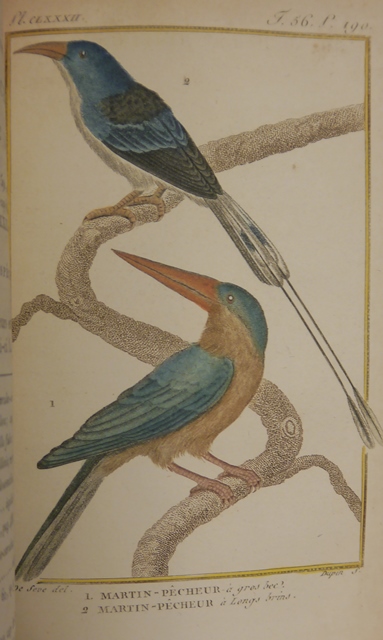 A true polymath, Buffon cultivated not only exotic species but literary style, and was admitted to the Académie Française in 1753, delivering his Discours sur le style before his fellow Academicians. The work which made his reputation was his 36-volume Histoire naturelle, générale et particulière (1749-88; 971.f.2-9.). It rapidly achieved a wide readership, and as well as several volumes in the original, the British Library holds a number of translations, including The History of Singing Birds (Edinburgh, 1791), in which we find ‘directions for choosing a Canary-Bird, and to know if he be in health’ (readers were advised not to select a German specimen, as they were ‘tender and short-lived’ on account of the ‘suffocating heat of the stoves’ in their native country). 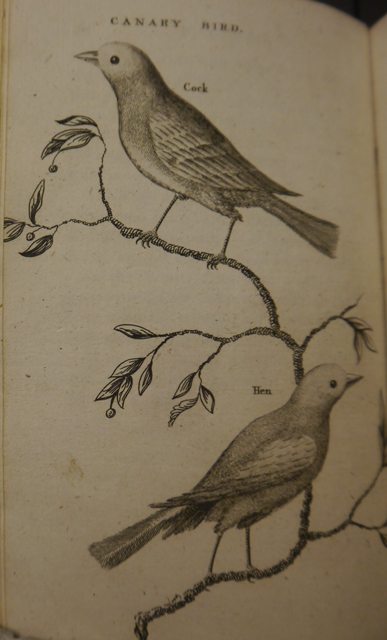 Turning his attention to greater subjects, Buffon commented on the distinctive species to be found in different areas with similar climates, later systematized as Buffon’s Law, and suggested that the many varieties of quadrupeds derived from thirty-eight prototypes, as well as that their development might have been influenced by climate change. Climatic considerations also led him to claim that the mephitic vapours gloomy and forests of the New World caused its denizens (both human and otherwise) to be inferior to their European fellows – despite these tactless remarks, in 1782 he was elected a Foreign Honorary Member of the American Academy of Arts and Sciences. His theories proved too audacious for the Sorbonne, and he was compelled to retract some of them, including his estimate that the earth was 75,000 years old, and, in his Les époques de la nature (1778), that the solar system had come into being when a comet collided with the sun. At Court, though, his popularity was invincible, and in 1772 Louis XVI made him a count (in compensation for having to withdraw from an undertaking that Buffon’s son, then aged eight, should succeed his father at the Jardin du Roi in the event of Buffon senior’s death). 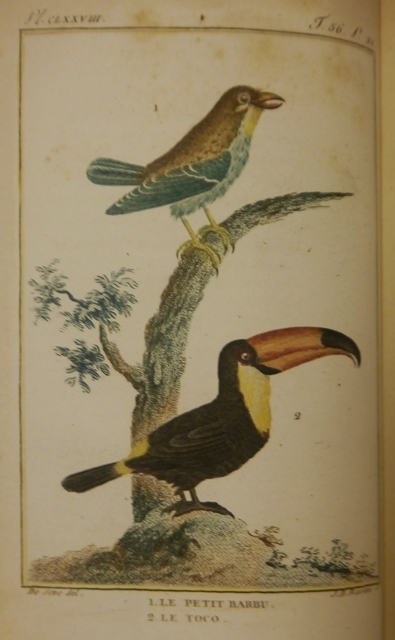 Despite concluding that humans and other primates were not closely related, Buffon’s theories bore certain similarities to those of Charles Darwin on the subjects of heredity and the survival of the fittest. He died in 1788, and his posthumous life was as curious as his earlier adventures; his tomb was broken open during the French Revolution, and the only remnant of his body known to survive was his brain, preserved in the statue by Pajou which now stands in the Musée d’histoire naturelle in Paris. However, through his influence on Lamarck, Cuvier and other natural historians of the 18th and 19th centuries, his intellectual legacy and scholarly reputation long outlived his scattered remains.