In 1521, having been excommunicated by the Pope and declared an outlaw by the Holy Roman Emperor, Martin Luther was given refuge at the Wartburg Castle near Eisenach by Elector Friedrich III of Saxony, one of the first German princes to support the ideas of the Protestant Reformation. While in hiding there Luther set about translating the New Testament into German, as first part of a proposed translation of the whole Bible. 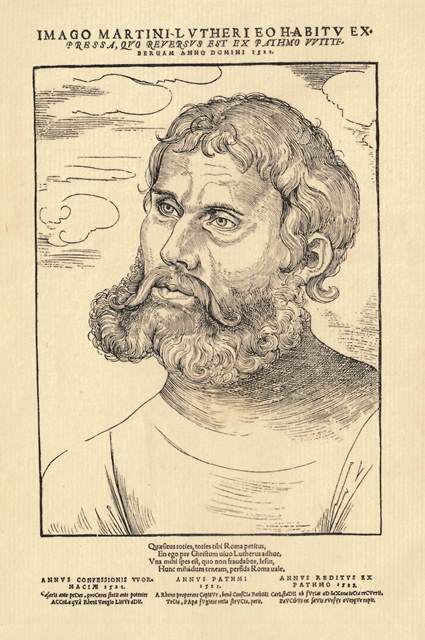 Luther chose to tackle the New Testament first as it was the less difficult task. He was not the first to translate the Bible into German: 18 translations had appeared in print between 1466 and the early 1520s. But unlike these, which were based heavily on the Latin ‘Vulgate’, the canonical Bible text for the Catholic Church of the day, Luther went back to the original Biblical languages of Greek and Hebrew. For the New Testament he worked mainly from Erasmus’s Greek edition. 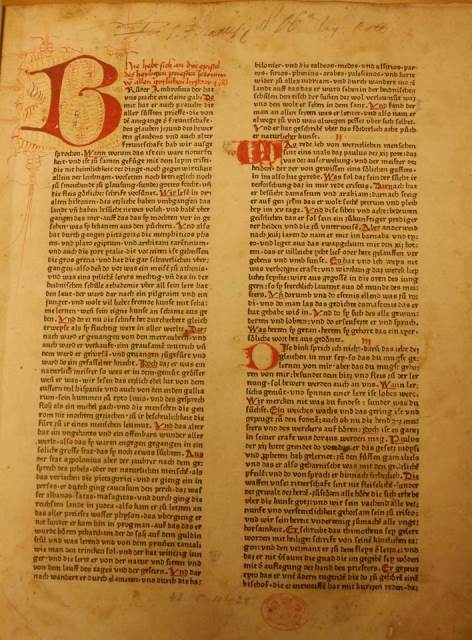 The work was finished in 11 months and the first edition of Luther’s New Testament appeared in September 1522. It was a great success: the first edition of 3,000 copies sold out within 3 months, and a new edition appeared in December, by which time Luther had already made many changes and corrections to his translation (he would continue to revise and amend his translations throughout his life). 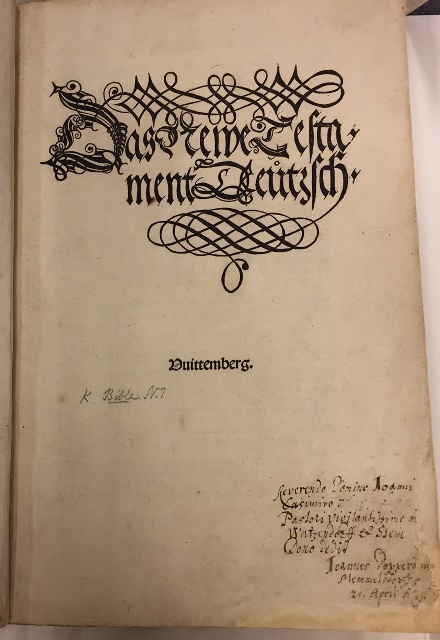 The first part of Luther’s Old Testament translation appeared in 1523. Over the next 12 years, working with a group of associates, he completed the translation of the whole Bible, which was published in 1534. In that time at least 22 new editions of the already-published translations had appeared, and it is reckoned that around a third of all literate Germans would have owned a copy of one or more parts. 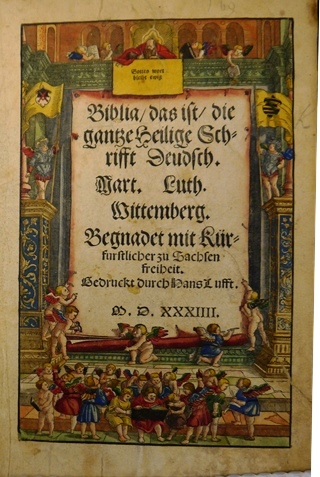 Title-page of the first complete edition of Luther’s Bible (Wittenberg, 1534) 1.b.9.

An important aspect of Luther’s translation was that he wanted it to reflect the cadences not of Latin, or of Greek and Hebrew, but of contemporary spoken German. He set out  this idea in the Sendbrief vom Dolmetschen, published in 1530 in response to critics such as Hieronymus Emser, who in 1523 had produced a book arguing that Luther’s Bible should be ‘forbidden to the common man’ and identifying 1400 alleged errors and heresies in Luther’s text. A particular target of Luther’s critics was his use of the term ‘allein durch Glauben’ – ‘only by faith’ – to translate Romans 3.28 in which neither the Vulgate nor the Greek text has any equivalent of the word ‘only’. Although the concept of justification by faith alone was in fact of great theological importance for Luther, here he defended his use of ‘allein’ on purely linguisitic grounds, claiming that it was so natural in the context of a spoken German sentence that not to use it would sound foolish. He famously stated that:

We do not have to ask the literal Latin how we are to speak German, as these donkeys do. Rather we must ask the mother in the home, the children on the street, the common man in the marketplace. We must be guided by their language, by the way they speak, and do our translating accordingly. Then they will understand it and recognise that we are speaking German to them.

Luther also points out in the Sendbrief that Emser himself made heavy use of Luther’s German New Testament when commissioned by the Catholic Duke Georg of Saxony to provide a heresy-free Catholic alternative to Luther’s translation. Emser’s reliance on Luther’s text meant that Luther’s Biblical language became familiar and popular among Catholic as well as Protestant Germans.

As the Sendbrief suggested, Luther had found a way to make the Bible speak to ordinary Germans. His translation would greatly influence the German language – as the King James Bible later would English – so that today’s German speakers of all confessions and religions, and those of none, owe a debt going back to the fugitive monk who devoted his days in hiding to translation.