In 1965, after sending his short novel to Italo Calvino, who at that time was working for Einaudi, a publishing house, the Sicilian writer Leonardo Sciascia  received this reply:

I read your detective thriller … it will be a popular book … Seeing how you are so good and sound at this, I’ve decided, in a bid to match the grim times we are living through, to offer bitter little titbits in every letter. Otherwise where’s the fun? ... This Sicily is the least mysterious society in the world. By now, everything in Sicily is clear, crystal-clear: the most tormented passions, the darkest interests, psychology, gossip, crimes, lucidity, fatalism, none of these hold any secrets any more, everything has been by now classified and catalogued … the entry ‘Sicily’ gives us the rare pleasure, so rare as to be unique, of being able to confirm at each new reading that our information pack on Sicily was already well-stocked and up to date enough. So much that we fervently hope that nothing will change, that Sicily will stay totally the same, so that at the end of our life we can say that there is at least one thing we have managed to know thoroughly! (Italo Calvino Letters, 1941-1985, 2013. p.306. YC.2013.a.12579).

Calvino was probably right, nothing new under the Sicilian sun; however, what would he have said, had he witnessed, thirty years later, the popularity of another Sicilian writer, Andrea Camilleri, whose detective stories have reached a big audience outside Italy? Following the publication of La forma dell’acqua (Palermo, 1994; YA.1995.a.7115), Camilleri’s series of novels, which feature the character of Inspector Montalbano – a Sicilian detective in the police force of Vigàta, an imaginary town in the island – has sold about 10 million copies in North America, Australia, and in the UK where, since 2011, the BBC has broadcast the TV adaptation. 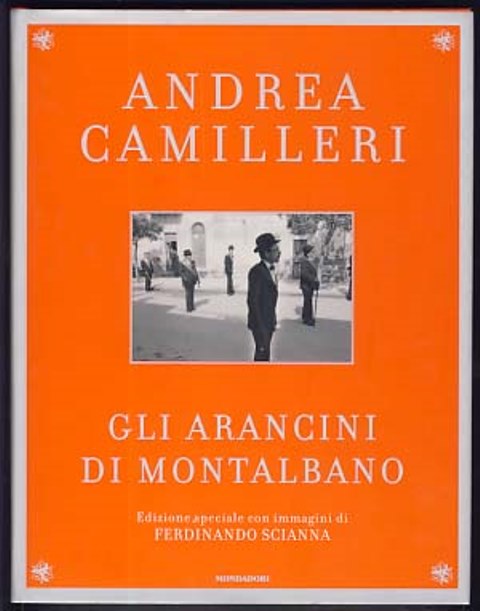 The British Library holds a copy of the special edition of Camilleri’s Gli arancini di Montalbano (2006, YF.2008.b.486), the first collection of short stories featuring Montalbano, first published in 1999. In the 2006 edition, each short story is accompanied with a photograph taken by Ferdinando Scianna to visualize the atmosphere.

The ingredients of the so called sicilianità, some of which Calvino lists in his letter - the most tormented passions, the darkest interests, psychology, gossip, crimes, lucidity, fatalism - are brought to the surface by Camilleri making the stories accessible to a broader audience. 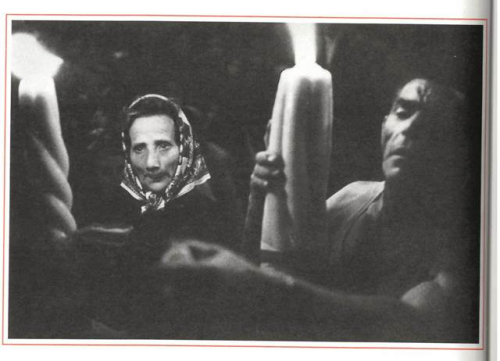 In the first story, La prova generale (you can hear it read by the author here), with a few pages Camilleri manages to show us a Sicily able to laugh at itself in the beginning, to then sink into despair, dissolving the suspense in an unexpected manner, that is, not with a twist, but by way of changing the very dynamic expected in a detective story. “This Sicily” is still able to excite a great deal of curiosity.

Gli arancini di Montalbano is also the title of last short story: by calling the Sicilian rice balls “Gli arancini”, that is, by using the word in the masculine (here in the plural form), Camilleri challenges the Sicilian areas where the feminine is preferred: the author is originally from Porto Empedocle, had he been from Palermo or Trapani he would have chosen the feminine gender, so the title would have been “Le arancine di Montalbano” - an amusing discussion about this can be read here; and here is what the Accademia della Crusca says).

Disappointingly enough, Camilleri does not tackle this open debate in his story. Nevertheless, it does contain Adelina’s recipe for the best Arancini, enough to make Inspector Montalbano decide who to spend New Year’s Eve with. Adelina, Montalbano’s maid, has two sons bouncing in and out of prison: this rare occasion when both of them are free, “rare as the appearance of the comet Halley”, must be celebrated with Gli arancini. Things, obviously, don’t go exactly as planned. 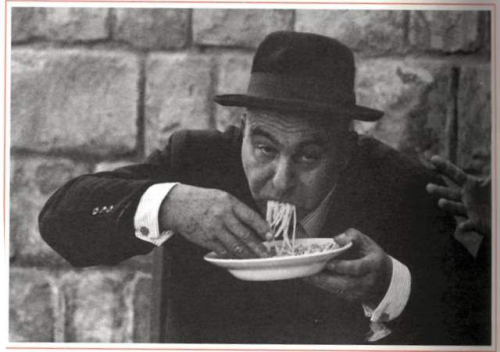 Posted by Olga Kerziouk at 1:37 PM