When Václav Havel, playwright and future president of the Czech Republic, was imprisoned in the 1970s, he came across a novel entitled The Road to Don Quixote (Cestou za Quijote; 1949), freely based on Cervantes’s experiences in an Algerian prison. As he read it, admiring the prophetically modern quality of the book and the author’s imaginative grasp of what it felt like to be a prisoner, he realised that he had actually met the author. At that time, when he was a young man in his early twenties attempting to break into the world of Czech literature and drama, the older man – a writer of short stories and essays, and a translator of Shakespeare and Joyce – inspired his respect, but little more. It was not until later, as they worked together as friends and co-signatories of Charter 77, that Havel came to appreciate the true qualities of Zdeněk Urbánek. Urbánek was born on 12 October 1917 in Prague. After graduating he became an editor, first at the publishing house Evropský literární klub and in 1945 of the periodical Svobodné slovo, before working in the Ministry of Information and the Czechoslovak state film company as a script reviewer. In 1957, however, he contracted tuberculosis and left full-time employment to devote himself to translation. He had a special affinity with Irish literature, describing himself as an ‘honorary Irishman’; his translation of James Joyce’s Dubliners (Dubliňané; Prague, 1959; 011313.kk.22) testifies to this.

Among the many British and American authors whom he translated were T. S. Eliot, Eugene O’Neill, Scott Fitzgerald and Charles Dickens, but his crowning achievement was his translation of seven of Shakespeare’s plays; the British Library holds a three-volume edition of these containing Romeo and Juliet, Richard II, Richard III, Julius Caesar, Hamlet and all three parts of Henry IV (Brno, 1992-95; YA.2002.a.740). Of these, Hamlet retained a place in the repertoire of the National Theatre in Prague from 1959 to 1965. 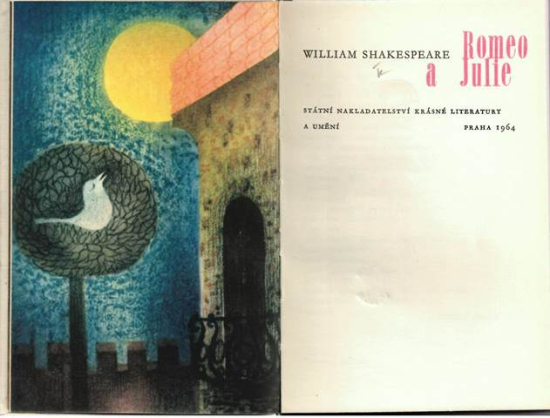 Frontispiece and tittle-page from Romeo a Julie (Prague, 1964; 11760.a.6),translated by Urbánek, illustrated by Ota Janeček.

The British Library is also privileged to own a copy of Urbánek’s earliest published work, a collection of short stories entitled Jitřenka smutku (‘Mourning star’), which bears a dedication in the author’s own hand. 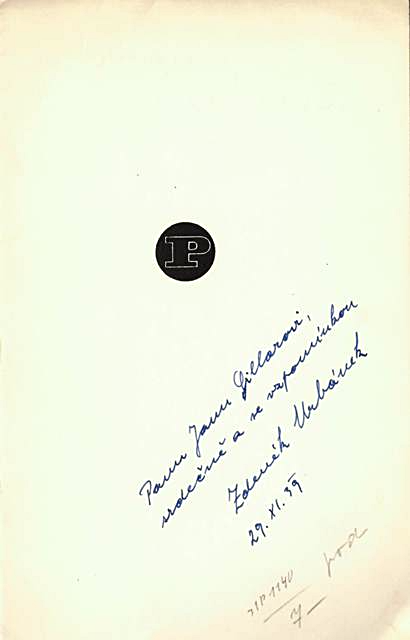 At the same time as he was embarking on his literary career and establishing himself in publishing, Urbánek was also becoming active in a very different sphere. Since the Nazi invasion of Czechoslovakia the previous year he had been living in the Protectorate of Bohemia and Moravia, and the growing persecution of the Jews was brought home to him in a particularly forceful way when his friend Jiří Ohrenstein, a Jewish poet who wrote under the name of Jiří Orten, was knocked down by a German ambulance in 1941 and died after being denied hospital treatment on racial grounds. Urbánek could not save him, but he could at least preserve his work and his literary reputation, and wrote an introductory essay for a collection of his writings, Eta, Eta, žlutí ptáci (‘Eta, Eta, yellow birds’ ; Liberec, 1966; X.909/8664). On a more practical level, Urbánek and his wife Věra provided temporary shelter in their two-room apartment for several Jewish fugitives on their way to safer refuges, and also offered a collection-point for food parcels being sent to others who had already been dispatched to Terezín. In recognition of his efforts, Urbánek was subsequently designated as a ‘Righteous Gentile’ by the State of Israel. 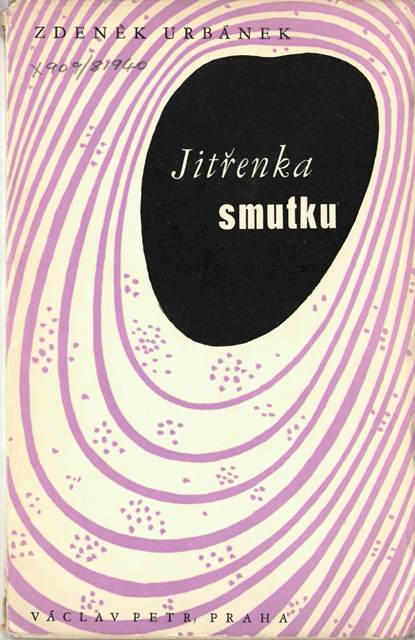 Urbánek never hesitated to put his personal safety at risk in the service of both humanitarian and literary causes. He was frequently subjected to police questioning, and even his work as a translator exposed him to danger through his choices of authors and the ideas which they expressed, leading him to publish them anonymously or under borrowed names. From 1972 onwards he contributed to various samizdat and exile literary publications, as after 1968 he had been placed on the list of banned writers.

In one of his short stories, ‘The Visit’, translated by William Harkins in On the Sky’s Clayey Bottom: Sketches and Happenings from the Years of Silence (New York, 1992; YA.1993.a.20757), he describes a visit from a State Security representative hoping to recruit Urbánek’s wife to spy on a guest coming to stay with their neighbours. When it turns out to be a mistake (the man was looking for a Party member with a similar name living two floors down), the unwelcome caller departs, grumbling; ‘We’re already loaded down with work and they send me another two floors up. Goodbye then. And keep quiet or you’ll get it.’ In just three short pages Urbánek pithily and trenchantly captures the atmosphere of claustrophobia and distrust which prevailed immediately before the end of communism in Czechoslovakia (the story was first published in May 1992, only months before the ‘Velvet Divorce’ which divided the Czech Republic from Slovakia). He himself had made a significant contribution to the downfall of the old regime through his work with the human rights declaration Charter 77, signed by many leading cultural figures who were punished by imprisonment or dismissal from their posts; Urbánek was forbidden to leave Czechoslovakia after returning in 1969 from a six-month stay at All Souls College, Oxford, and did not do so again until October 1989, when he was finally able to visit the USA as a guest of the Charter 77 Foundation.

Despite the fact that Urbánek was 90 when he died in 2008, Havel declared that he had died before his time. ‘Without him,’ he stated, ‘I can hardly form an adequate conception of what Czech fiction, Czech essay writing, or Czech translation today have to tell us’.