Storm in October: Theodor Storm at 200

In her biography Theodor Storm. Ein Bild seines Lebens, the poet’s daughter Gertrud describes how one day in 1848 his friend Harthmuth Brinkmann happened to meet him and asked, ‘What’s the matter with you, Storm? Why are your eyes shining like that?’ Storm took his friend’s hand with the words, ‘I have just written an immortal poem’. That poem was Oktoberlied:

In the remaining five verses, the poet reflects on the need to keep one’s spirits up and maintain a stout heart in the grey days ahead until the spring returns and ‘the world is full of violets’. The simple stanzas are full of a joyous appetite for life and a dauntless defiance of all that could blight or limit it; on one level it can be read as an Anacreontic challenge to relish the pleasures of wine and friendship, but on another it may be interpreted as Storm’s personal credo. 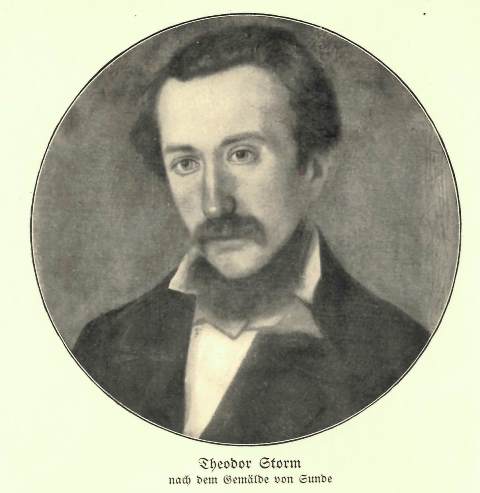 In conventional terms it could be said that Theodor Storm (1817-88) did not subscribe to a religious creed at all, despite the reference to ‘unchristlich oder christlich’ in the poem’s second verse. This was unusual in the North German town of Husum where he was born as the eldest child of the lawyer Johann Casimir Storm and his wife Lucie. Storm was destined to follow his father’s profession; by the time he enrolled in the faculty of law at the University of Kiel in 1837 he was already writing poetry. On qualifying he returned to Husum and began to practise as an advocate, founded a choral society, and seemed set for a career of bourgeois stability. All that was lacking was a wife, and in 1844 he proposed to his cousin Constanze Esmarch. Although this came as a surprise to his parents, his father wrote to Constanze’s that though his son was ‘moody’ he was industrious, and the young couple’s prospects were promising. They married in 1846.

But before long, the life described by Thomas Mann as a ‘passionslose Heiratsidylle’ was to be shaken by forces both personal and political. Constanze was in many ways an excellent wife, tirelessly preserving beans and cucumbers, providing peace and stability for her husband and ably managing a growing family. However, even during their courtship Storm’s letters to her hint at a cultural and temperamental disparity which he endeavoured to bridge by suggesting reading-matter for her, including Wilhelm Heinse’s Ardinghello and the Song of Songs. There is also an implication, which he expressed more explicitly later in his ‘great confession’ of 1866 to Brinkmann, that the lack of passion in Constanze’s nature had been a drawback.

Through his sister Cäcilie, Storm had become acquainted with Dorothea Jensen, a delicate blonde girl who sang in his choir, and an immediate affinity spring up between them. Constanze faced this out serenely, befriended Dorothea, and was even prepared to take her into their home, but the probable scandal would have ruined Storm’s career, and early in 1848 Dorothea left Husum to live with relatives. 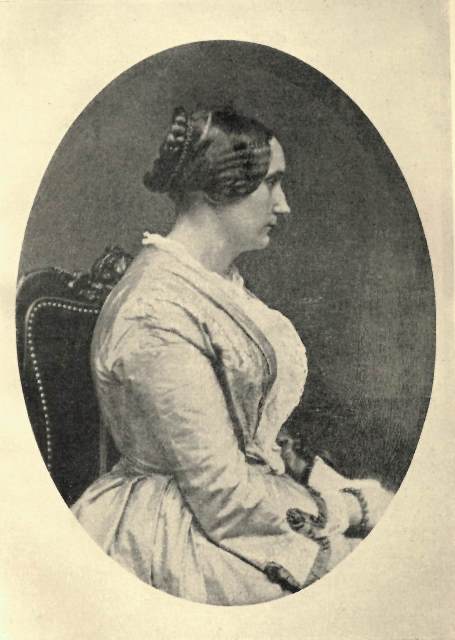 That year, of course, was marked by revolutions throughout Europe, and in contrast to events in Italy, Prague and Poland, the Germans actually supported the uprising in Schleswig-Holstein. International treaties guaranteed that the Duchy of Schleswig would remain united with the Danish crown, and late in October church bells rang out for peace. Moreover, on 22 September Frederik VII of Denmark had abolished slavery in the Danish colonies. It was in this jubilant atmosphere that Storm wrote ‘Oktoberlied’.

Within a few years, though, political events had overturned Storm’s career by splitting the judicial and administrative functions in Schleswig under Danish rule, and in 1853 he moved to Berlin as an Assessor in the service of Prussia. In Berlin he had joined the literary society Tunnel über der Spree,  become a friend of the writers Eduard Mörike and Theodor Fontane, and published his first volume of poems. Finally, in 1864, he was appointed to a magistracy in Husum and settled there with Constanze and their six children. A seventh, Gertrud, arrived the following May, but two weeks later Constanze died of puerperal fever; Storm blamed himself for returning to an area where the disease was endemic. Like Thomas Hardy, he expressed his guilt and regret at his wife’s death in a sequence of his finest poems, ‘Tiefe Schatten’ (Deep Shadows). 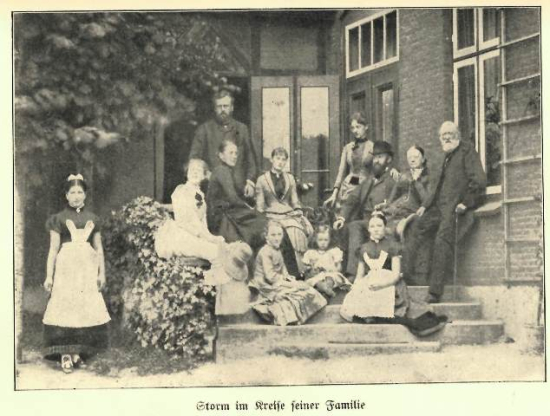 In the months that followed Storm sought consolation in music and literary friendships, staying in Baden-Baden with Ivan Turgenev, ‘one of the handsomest men I have ever seen – rather strange, but extremely kind’. By the end of the year he had resumed contact with Dorothea, and in June 1866 she became his wife and stepmother to seven children aged between one and eighteen. When her own daughter was born in 1868 Dorothea suggested naming her Constanze, but Storm demurred, and she was christened Friederike and nicknamed Dodo.

With domestic peace restored, Storm continued to write. Immensee, the novella by which many readers first come to know Storm, had appeared in 1849, and was followed by many others evoking the countryside around Husum with its dykes and coastline haunted by the cries of sea-birds. These culminated in Der Schimmelreiter  (1888), a ghostly tale of conflict in a rural community where the outsider Hauke Haien rises to the position of dykegrave but encounters personal tragedy and a dramatic end amid the floods. 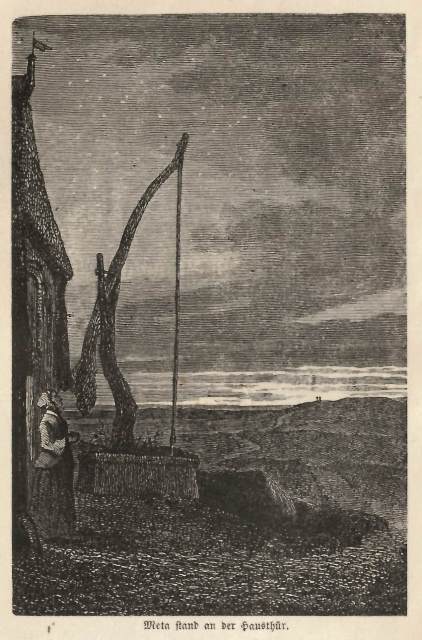 Illustration from Theodor Storm, Zwei Weihnachtsidyllen (Berlin, 1865) 012554.e.21, showing  the north German coastal landscape of many of his stories

Shortly after its publication Storm died of cancer on 4 July, surrounded by his children; his last words were addressed to Dorothea: ‘My sweet wife…thoughts, thoughts, thoughts!’ No priest accompanied his coffin to the family vault in Husum’s St.-Jürgen-Friedhof, to rest deep in the land which he had loved so well and brought to life so vividly.