One day in 1937, in Paris, André Breton, read to me a page in which he wrote that in the time before WWI, the name of my brother, Giorgio de Chirico, and mine, stand among the leaders of that art-form which later took the name of “Surrealism”’.

This is how Alberto Savinio begins the preface to his collection of short stories titled Tutta la vita (‘A whole life’). The stories were published in various newspapers and magazines between 1942 and 1944, before being gathered and published under that title in 1946. The British Library holds the edition published in 1953, which contains in addition 13 illustrations of his paintings and drawings. 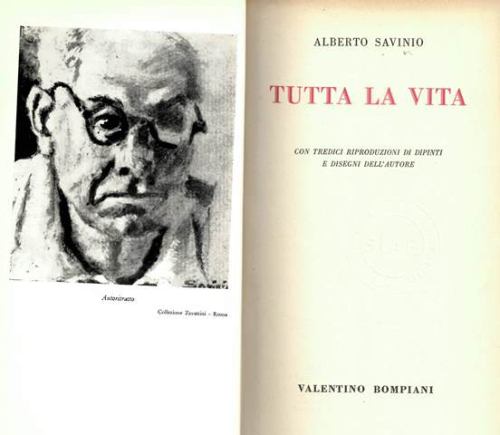 Now, what happens then when a surrealist painter transfers his skills into writing?

Pieces of furniture talk among themselves revealing uncomfortable secrets to Candido Bove about his wife, while he is sitting on the sofa, sleeplessly overcome with grief as she died just the day before. This is what happens! (In the story ‘Poltrondamore’ [Lovesofa]) 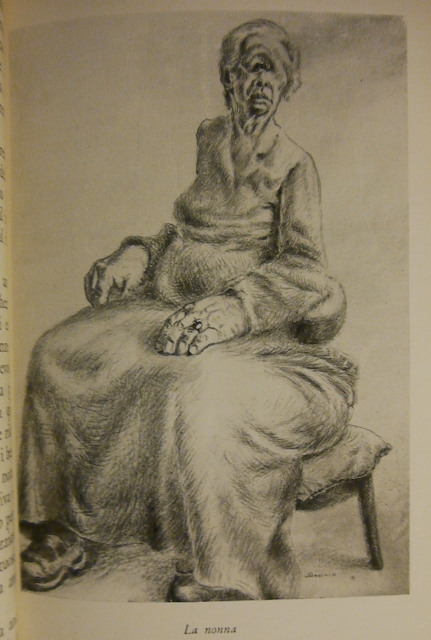 A taxidermist, nicknamed God Almighty, kills and embalms his wife and his assistant, after finding them naked under the tree of knowledge in the Garden of Eden he made in his house. This is what happens! (In the story ‘Il Paradiso Terrestre’ [Heaven on Earth]). 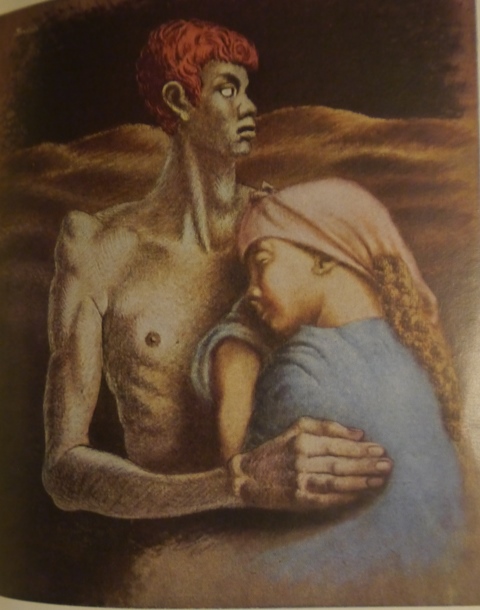 When Miss Fufù receives the piano she ordered, she notices that it looks bigger; the morning after she finds it breathing heavily and surrounded by little pianos: the piano was pregnant. This is what happens! (In the story ‘La pianessa’ [Miss Piano]). 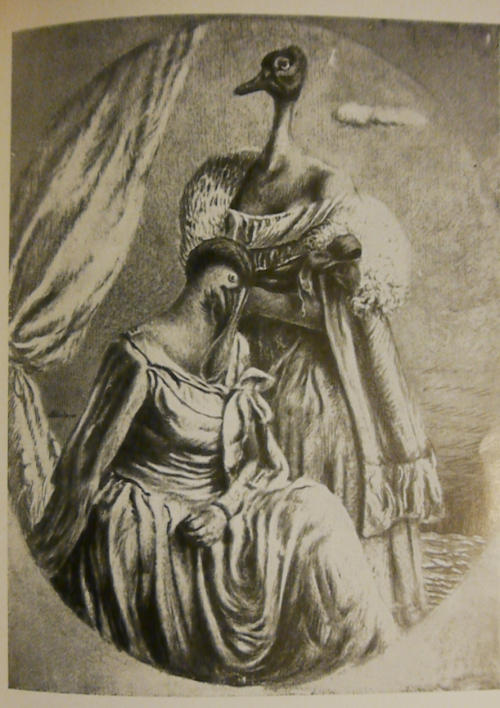 In Savinio’s short stories “A whole Life” is injected in pretty much everything, in fact, we could say that objects are more alive than people. What these short stories have in common is that the surreal events their main characters experience have a formative function, that is, surrealism here has a social purpose: it aims at shaking the reality of the main characters, whose life is flattened by loneliness, self-absorption, surrender. As Savinio continues in his preface:

This becomes clearer in Anima, the story of Nìvulo, a child described by his father as a typical old house in Milan, where façades do not face the street, but the rear garden: a child with the face turned inward. Nìvulo has the soul of his brother, who died at birth 32 years before, trapped in his body, this has prevented him to live his life, in fact, has prevented him from even learning to talk.

The social purpose of Savinio’s work is more explicit in the tale titled ‘Scendere dalla collina’ (Walking down the hill).

It is difficult not to read here a certain autobiographical reference since Alberto Savinio, whose real name was Andrea Francesco Alberto de Chirico, changed his last name so that he would not be eclipsed by his more famous brother. 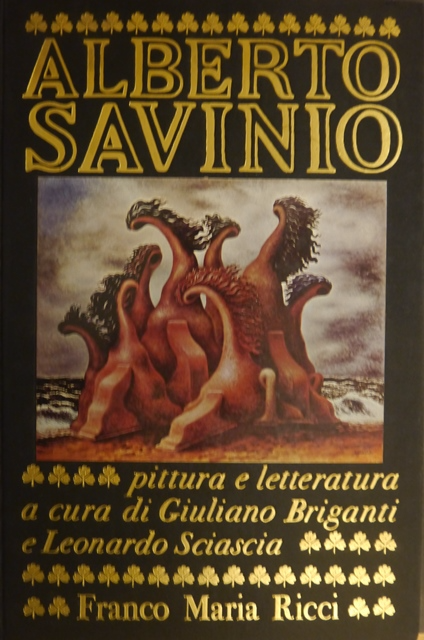 The British Library also holds a copy of the prestigious first edition of Alberto Savinio, pittura e letteratura (Milan, 1979; L45/2089, pictured above), a volume with black silk covers printed in gold, the pages printed in Bodoni characters on azure blue paper, and numerous beautiful plates of Savinio’s paintings glued on the pages.