Domesticating the Goddess ‘Liberty’ during the First World War

Ahead of her talk for the British Library’s Feed the Mind lunchtime lecture series  on Monday 20 November 2017 (12.30-13.30), Collaborative PhD student Cherie Prosser delves into the British Library’s French poster collection to discuss the changing female representation of ‘Liberty’. Tickets for Cherie’s talk can be purchased online, or in person at the box office.

Liberty and her Republican compatriot Marianne are perhaps among the most enigmatic of the French national symbols. Liberty was known in France since Roman times as the goddess who freed slaves while her compatriot Marianne became popularised during the French Revolution as the mocking nickname of the French Republic. Significantly, the French Revolution opened to the door to the reinvention and popularisation of imagery representing new Republican France. Yet rarely is there any discussion of change or challenge to the assumption that female figures of nationalism are important trans-historically and remain a force today.

In my forthcoming Feed the Mind talk, I will demonstrate the transfiguration of Liberty and Marianne in the pictorial poster imagery during the First World War. Shadowing the progression toward modernism, how were these allegorical figures of strategic importance in the redefinition of French political, social and moral values? While continuing to occupy a key role in the popular imagination throughout the war, Liberty and Marianne were able to transcend this catastrophic time. 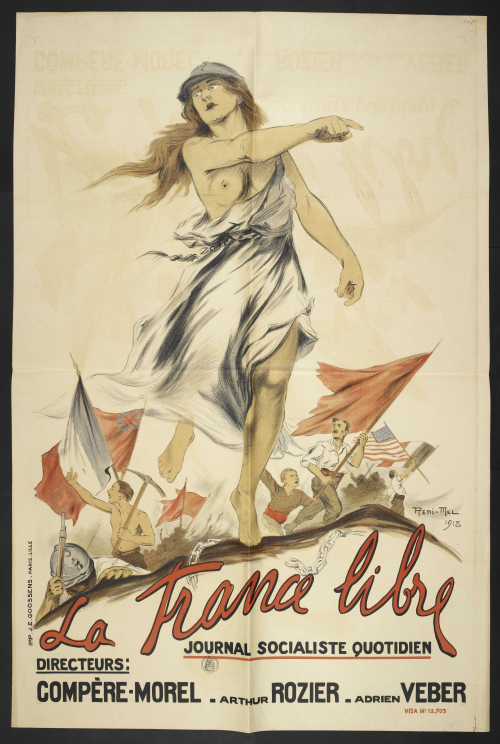 Their use in poster propaganda during the First World War, as shown in the British Library’s French poster collection, invites an analysis of the ways in which allegories were used to negotiate complex political and social change. Throughout the war, Liberty and Marianne provided a perspective on historical social values as well as current events of the war as they unfolded. Posters were a primary source of propaganda during the war in all the belligerent countries and provide an insight into communication of social and political narratives during war time and beyond. 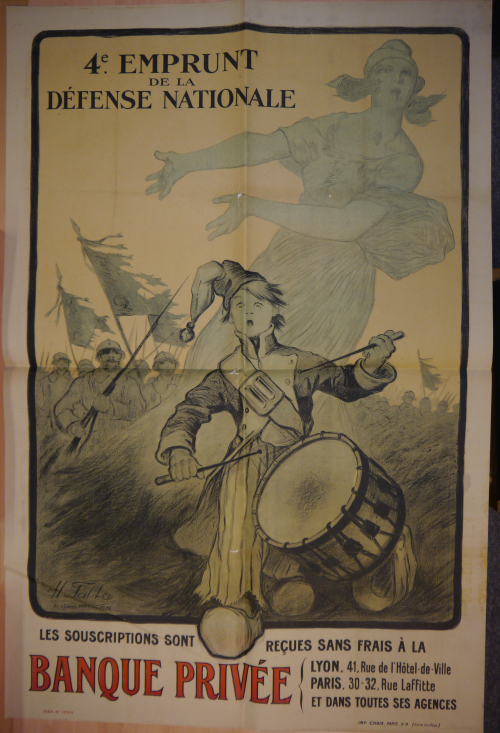 When we compare Liberty and Marianne with International female counterparts, Columbia, Italia and Britannia, we see the way that France became connected to an allied response to the war. Taking this comparative approach, I want to suggest new insights into the use of posters as a source for understanding socio-cultural and historical change, with a particular focus on the First World War as well as the progression to Modernism.

Cherie Prosser is undertaking a collaborative PhD with the British Library and University of Sheffield on visual propaganda in France and Britain during the First World War.