‘Mild measures are of no use’: The Danish Church Order (1537), Doctor Pomeranus, and Henry VIII

Henry VIII was very well-read in theology and, according to J.P. Carley, ‘for a brief time he seemed sympathetic to Martin Luther’ (Carley, p. xxviii) before reacting against reformist theology in the famous Assertio septem sacramentorum aduersus M. Lutherum (1521). A copy of the latter (Rome, 1521; G.1210) can be seen in the current ‘Martin Luther’ exhibition in the Treasures Gallery. In the Assertio, the King defends the seven sacraments against Luther’s charges.

In the same period, Christian II, King of Denmark-Norway, also reflected on Luther’s incendiary ideas and, in conversation with Erasmus, is supposed to have expressed quite a different view to Henry VIII and to Erasmus himself: ‘Mild measures are of no use; the remedies that give the whole body a good shaking are the best and surest’. It was King Christian III who eventually went on to establish Lutheranism as the state religion of Denmark-Norway in 1537 and the church order that made that process official is part of the BL’s collections. 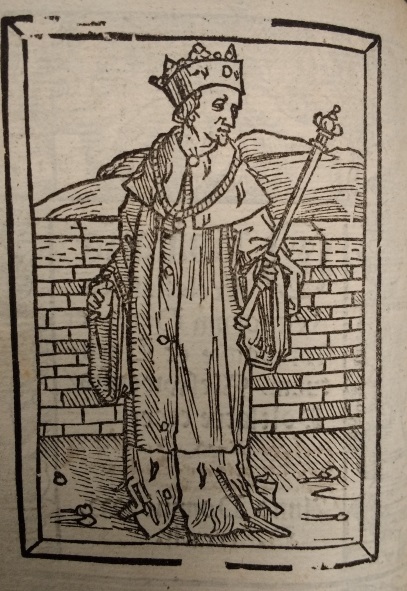 Ordinatio Ecclesiastica Regnorum Daniæ et Norwegia et Ducatuum, Sleswicensis, Holtsatiæ etcet. (C.45.a.10(2)) was written by Johannes Bugenhagen, the Pomeranian reformer who was greatly responsible for bringing the Protestant Reformation to Northern Germany and Scandinavia, writing many a church order along the way. This church order appeared first in this Latin version and later in Danish (1539). The present copy was presented to Henry VIII with a manuscript note by “Doctor Pommeranus”, a name referring to Bugenhagen’s birth place. The note reads, ‘Inclyto regi Anglie etc. Hērico Octavo. doctor pommeranus.’ 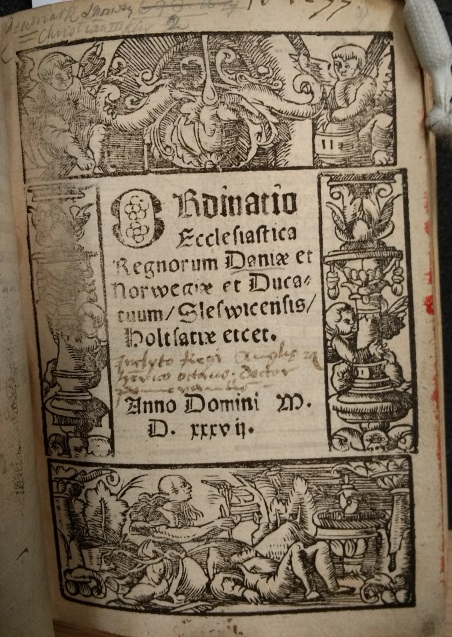 This volume brings together the 1537 church order with the 1538 Instructio Visitationis Saxonicȩ, ad Ecclesiarum Pastores, de doctrina Christiana, also translated by Bugenhagen with an identical presentation note to Henry VIII. 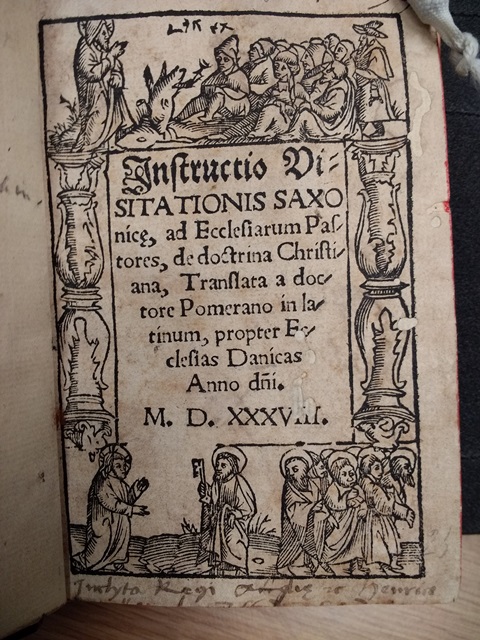 Title page Instructio Visitationis Saxonicȩ… (Roskilde, 1538) C.45.a.10(1), with the manuscript note cut off at the bottom 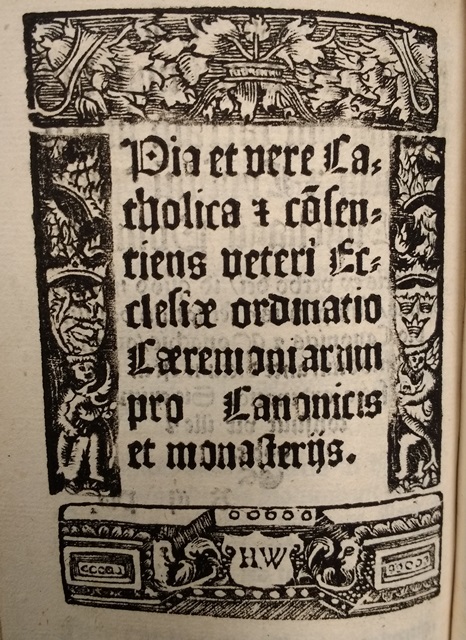 From the Assertio on display in the Treasures Gallery, to the Ordinatio Ecclesiastica Regnorum Daniæ …, we see represented in the early writing and the library of Henry VIII the whole transition from Catholicism to Protestantism, away from Rome to be more at home in the North (via Denmark perhaps!).