Algerian pirates, a famous Spanish captain and a lesser-known Virgin

The most renowned Hispanic cults of the Virgin Mary belong to Our Lady of Montserrat in Catalonia, Our Lady of the Pillar (el Pilar) in Zaragoza and Our Lady of Guadalupe in Mexico, which goes back to an apparition of 1531. She was well loved in Spain as well as the Empire, as witness: 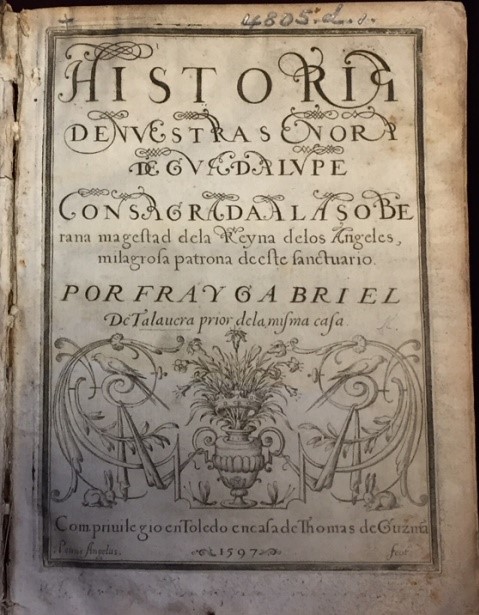 But much less famous places had their local cult of the Virgin, such as Guaitoca (Guaytoca) near Guadalcanal in the Sierra Morena.

On the morning of 5 January 1790 a small fleet set sail from Cartagena on the southeast coast of Spain. In command was the eminent Majorcan captain Don Antonio Barceló (1717-97). He had carved a brilliant career in the fight against Moorish pirates from Algiers, particularly on the mail run from Barcelona to Palma. In 1766 he rescued some Spanish captives off Alicante who presented him with an ex-voto of Our Lady of Montserrat. 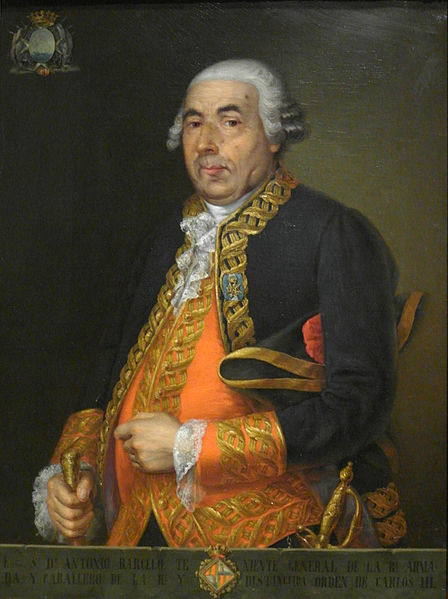 In the 1770s Barceló was tasked with protecting ships on the first leg of the voyage out to the Indies. (Here we see the connection with the cult of the Virgin and Latin America which will become clearer in a moment.) In 1779-83 he masterminded the ultimately abortive Siege of Gibraltar.

The adventures of 1790 come late in his career, and are recounted in a chapbook: 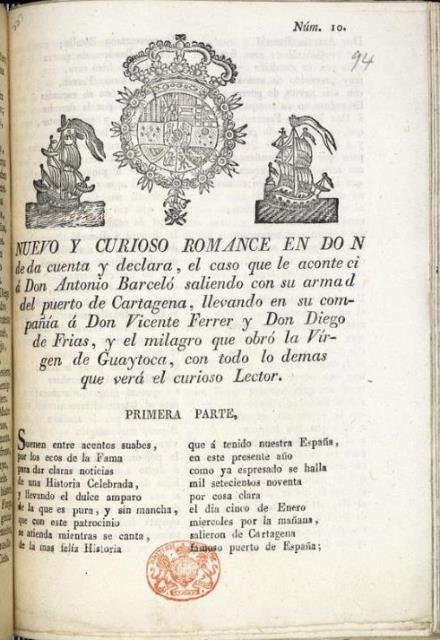 The pirates, led by the renegade Barbique, attacked off the coast of Sicily: the battles lasted three days and “even the fishes cried out” [Hasta las peces braman].

Barceló instructed his sailors to throw themselves into the water rather than be taken alive.

But then Barceló thought to kneel before an effigy [efigie] of Nuestra Señora de Guaytoca. Inspired, he took two fuses and climbed to the crow’s nest, no mean feat at 73.

The Spaniards were down the last of their powder, when three ships of the Buenos Aires line appeared and Spain was victorious.

Thus although Spain ascribed some of her greatest victories to the Virgin Mary not all were the work of Our Lady of Guadalupe.