An Arthurian castle in Slovenia: the history, legends and future of Castle Borl

“I rode at my best pace into the broad Gandine, after which your grandfather Gandin is named. The place lies where the Grajena flows into the Drau, a river that bears gold.”

Thus Parzifal/Sir Perceval learns of his family roots in the province of Styria, according to Wolfram von Eschenbach’s version of his story. The town identified as his father’s namesake is today named Hajdina, a suburb of the city of Ptuj in eastern Slovenia.

20 kilometres to the east, a castle stands on a headland overlooking the Drava/Drau river, commanding a sweeping view of the valley and of the wine-growing Haloze hills around. Its Slovenian name is Borl, derived from the Hungarian word for a river crossing, and it is also known in German as Ankenstein. Its heraldic crest is an inverted anchor, the symbol in the legend of Parzifal’s Grail family. 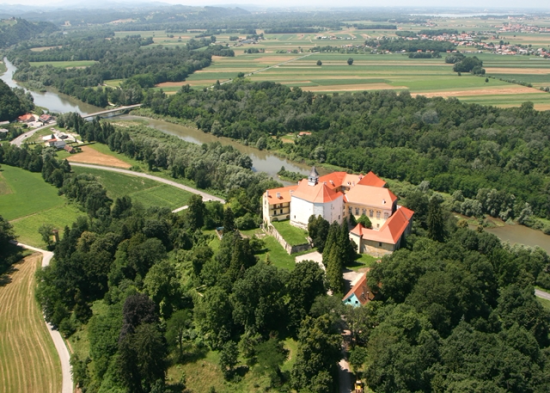 View of Grad Borl today (Photo by by Darko Kolarič)

Borl’s true origins are poorly documented, and the Grail legend is just one of the many evocative tales associated with it. It dates from at least the 11th century and probably occupies the site of an older settlement. Reflecting its situation close to the old border between the Holy Roman Empire and the Kingdom of Hungary/Croatia, it changed hands many times before becoming an established part of the Habsburg Duchy of Styria, with a series of different aristocratic owners who lived well on the vineyards and farmlands surrounding it.

In 1681, Georg Matthäus Vischer (1628-1696) recorded Grad Borl in three images as part of his Topographia Ducatus Stiriae. Visher was one of the pre-eminent cartographers and engravers of his day. His work documenting the castles and towns of the core Habsburg lands is still widely used as a reference source, and has been reprinted frequently. It is the sole known source for the 17th-century appearance of many of the castles. For some of them, it is the only source we have at all. That Borl appeared in three illustrations marks it as one of the more important castles: less significant ones had a single image apiece. 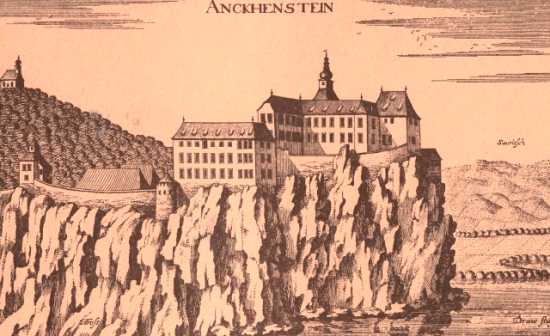 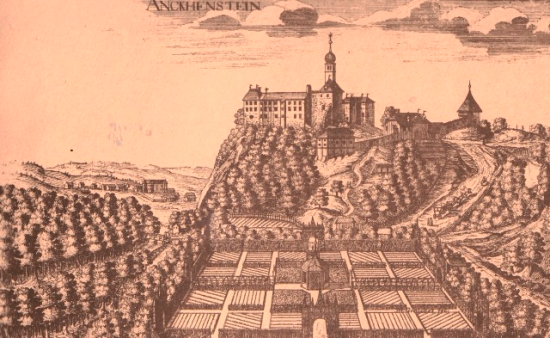 In 1918, Lower Styria and Borl became part of the Kingdom of the Serbs, Croats and Slovenes, subject to land reforms that proved controversial in the Habsburg successor states. Its disgruntled owner sold it to a local stock company. During the Second World War, the Nazis occupied the area, incorporating it into the Reich and issuing an arrest warrant for Borl’s Jewish owner, Zora Weiss, who fled, as did her co-owner, Vuk von Vuchetich. Borl became an internment camp for Slovenes who were being deported from Styria for resisting Germanization, and the occupiers looted any of the contents that were not nailed down.

This grim war-time story makes what happened next the more remarkable to me. In 1946, the new socialist government of Yugoslavia nationalised the castle, using it consecutively as a children’s convalescent home, a refugee centre for people fleeing the Soviet invasion of Hungary, and finally a successful hotel. During the latter period, it acquired a swimming pool high on the ledge above the river, and furnished many people with very happy memories.

Sadly, this happy phase did not last. The hotel closed down, and although the castle was still used for events some of the remaining treasures were stolen during the 1990s. Since 2010, for safety reasons, the gate has been locked and a poignant notice forbids entry without the permission of the Republic of Slovenia. On a recent visit, even the Prime Minister was obliged to respect this no-entry rule. But Borl still captures the imagination. There are re-enactments of events in its past and films of its history made every year. A voluntary society, the Društvo za oživitev gradu Borl, composed of local historians and other enthusiasts, campaigns to raise funds and awareness, and maintains the grounds during summer. Random hikers, cyclists and other explorers post their videos on Youtube. Miha Pogačnik, violinist, inspirational speaker and Slovenian cultural ambassador, has a protective interest in the Castle, where he held arts and business conferences for several years before 2010. Inspired by the Parzifal connection, he believes it could become a centre for the formation of a pan-European identity and European spiritual revival.

In 2018, work is due to take place to restore the main courtyard of the castle and shore up the hillside below it. What happens beyond that is sadly unclear, but it is not through shortage of ideas or enthusiasm about this beloved and dramatic building and a surrounding landscape full of cultural monuments. 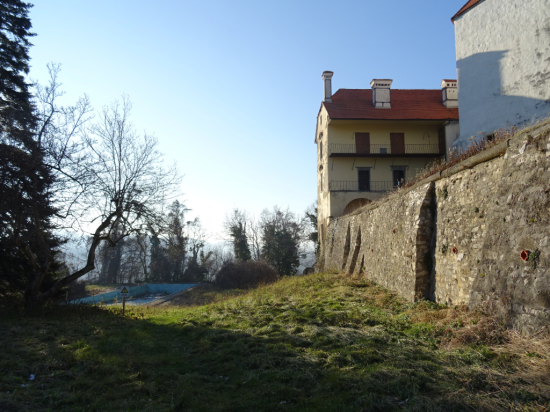