Władysław Reymont’s Revolt of the Animals

A recent Europen Studies blog post by Masha Karp examined the publication history of George Orwell’s Animal Farm  in the languages of Eastern Europe. That the book has maintained its canonical status worldwide for over 70 years is proof of its universal truth. But as Orwell sat down to write his tale – a warning against the creeping advance of Soviet Communism based on his growing awareness of its brutal reality – was he aware he was not the first modern writer to use the allegory of an animals’ revolt to capture the mad logic of revolution? 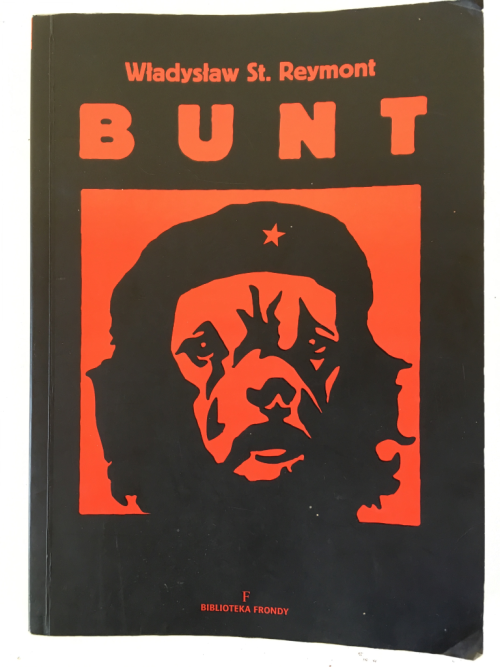 The question has been bugging me since I discovered Władysław Reymont’s Bunt (‘Revolt’) when it came out in Poland in 2004. While growing up in communist Poland in the 1970s I read Orwell’s Animal Farm in a samizdat edition, and while well acquainted with the rest of Reymont’s oeuvre, which was compulsory reading at school as well as being widely popular through TV and film adaptations, I never heard – and I’m sure very few in Poland at the time did – of Bunt. The similarity to Animal Farm was obvious. And another striking thing was that both stories are told as cautionary tales. I was very surprised it took the book so long to resurface, especially when its lesson seemed past its sell-by date. But apparently that’s how things are with truths and lessons. 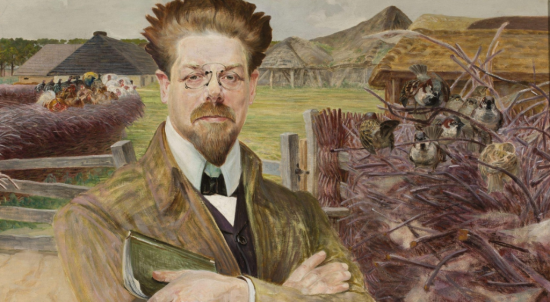 Władysław Reymont. Portrait by by Jacek Malczewski, painted in 1905 when Reymont was acknowledged as Poland’s foremost novelist, author of The Peasants and The Promised Land, both sweeping panoramas of late 19th-century rural and industrial Poland. (Image from Wikimedia Commons);

Bunt is a story of a revolt among farm animals who work for their master and often love him but are spurned, ruthlessly exploited and cruelly beaten in return. The revolt is initially stirred up by the dog Rex who calls on animals to rise against the landlord and follow him to the land of justice and plenty for everyone, a land that lies somewhere in the east. Sadly, the poor beasts, worn out by the never-ending quest, eventually turn against their leader and plead with a gorilla, the nearest they can find to a human, to rule over them.

Of course the two stories are different, both in detail and in tone – one is bleakly tragic the other tragically funny, but the basic idea and the narrative mechanism that delivers the moral point is essentially the same – a parable of human ideals falling victim to animal instincts, a lesson revealing the inherent fault laying at the heart of a revolution, or indeed at the heart of all power and authority, which may change hands even from the oppressors to the oppressed but nevertheless remain the same mechanism of oppression, and there is no escape from it. 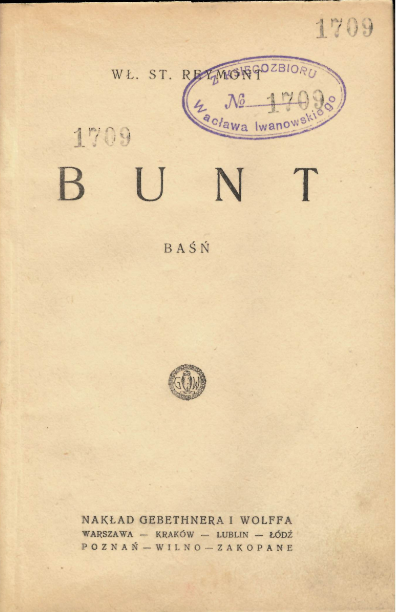 Originally Bunt appeared in the Polish weekly Tygodnik Ilustrowany (Mic.A.4839-4844) in 1922, and then in book form in 1924, the year of Reymont’s Nobel Prize for Literature, and just before his untimely death at 58. Despite being one of the first literary echoes of the Russian Revolution, it barely registered on the critical circuit. Reymont’s great champion, his German translator Jan Kaczkowski, a Polish diplomat hiding under the pen-name Jean Paul d’Ardeschah, felt the book, being topical as well as universal, deserved a better fate. He managed to place Bunt with a Swiss publisher in 1926 as Die Empörung: eine Geschichte vom Aufstand der Tiere. Later, after being transferred by the Polish Foreign Office to Holland, Kaczkowski instigated and oversaw a Dutch publication in 1928 as De Rebellie. That was the last the world heard of Reymont’s Bunt. 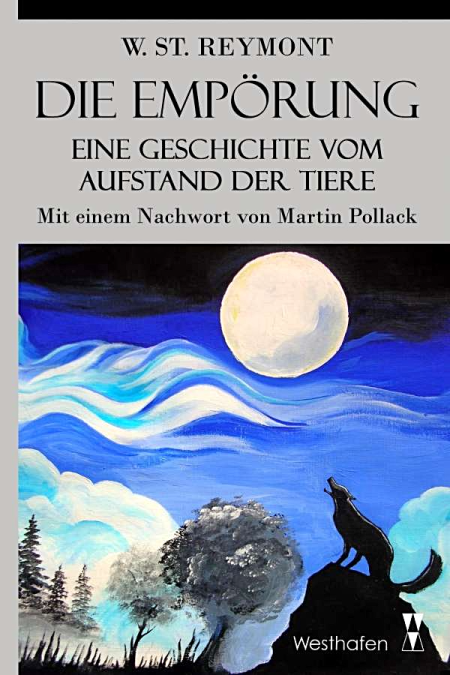 For a long while I was combing through Orwell’s biographies looking for ways he might have come into contact with Reymont’s story. Was he familiar with Reymont as a Nobel Prize winner? Could translations of Bunt have passed through his hands while he was working at Booklover’s Corner? Orwell did not speak German or Dutch, and the story was not translated into French, a foreign language Orwell knew – after all he read Zamyatin’s We  in French translation.

Another possibility were his friends who did read German – or Dutch or Polish – who were also interested in Eastern European literature and Russian Revolution. They may have discussed Reymont and brought up the story as part of the revolutionary lore and connected it with Orwell’s interest in fairy tales, which he had apparently developed during his time at BBC, just before he started working on Animal Farm. Could it be his publisher friends, Victor Gollancz or Fredric Warburg? The German-born Tysco Fyvel or the Swiss-born Jon Kimche with whom he worked at the Booklover’s Corner? Or was it Arthur Koestler with whom he discussed extensively how revolutionary logic worked? Perhaps someone – a Pole? – he had met in Spain? Perhaps, but I haven’t found a direct link yet.

And then my detective work suffered an unexpected twist. Discussing it with my friends at the BL one of them told me of another tale about an animals’ revolt, this time Russian, and written years before Bunt – in 1880 in fact! Following the new lead I discovered that Nikolai Kostomarov’s Skotskoi Bunt (‘The Revolt of Farm Animals’) was indeed written in 1880 but published only posthumously in 1917, in the popular magazine Niva, just a few issues before October Revolution consigned it forever to history. How come nobody knew of this story for so long? Could Reymont possibly have known of it and how? Could it be it was in fact Kostomarov’s story that seeped into revolutionary lore and inspired both Reymont and Orwell? It could be. But that’s another story. Or is it? Watch this space.