‘Do the Finnish people have a history?’ Zachris Topelius’s 200th birthday

Last month the Finlandia Prize, Finland’s most prestigious literary prize, was awarded to Juha Hurme for his novel Niemi (‘Headland’). In praising the work, the jury said that it ‘treats the myth of Finland and the Finns with all the knowledge that our culture contains. A scope of this breadth can only be explored with the magnificently dilettante literary style in which Hurme boldly challenges both the legendary Egon Friedell and Zachris Topelius’ (translation by Helsinki Literary Agency).

The last of these comparisons is inevitable for any writer who attempts a history of the Finnish peninsula. The reference to Zacharius (Zachris) Topelius draws our attention to a great author perhaps not so well-known outside of the Nordic region, and on the occasion of the 200th anniversary of his birth (14 January 1818).

Born in Kuddnäs in Ostrobothnia, Topelius wrote mainly in Swedish but was focal in Finland’s growing self-consciousness as a distinct nation. Since 1809, Finland had been a Grand Duchy of the Russian Empire yet Finland managed to gain more freedom to develop a national movement in the 19th century, than it had been allowed to do under Swedish rule previously. First as editor of the Swedish-language Helsinki daily, Helsingfors Tidningar, and later as a writer of historical novels and as Professor of History at the Imperial Alexander University in Helsinki (1854-1879), Topelius crafted exceptionally popular, romanticized and patriotic national histories and thereby heavily shaped the future identity of the burgeoning nation. 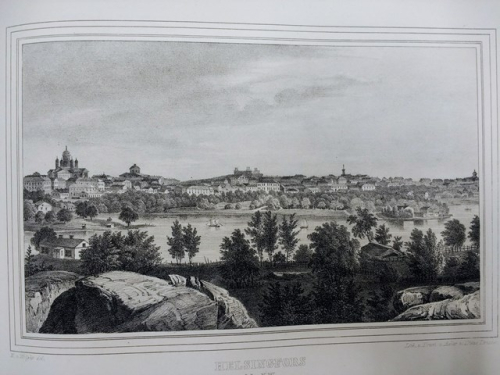 A view of Helsinki from the North-West, steel engraving by Magnus von Wright in Topelius’s Finland framställdt i teckningar (Helsinki,1845-52) 1264.d.15

His first published book, Finland framställdt i teckningar, was the earliest book of steel engravings of the Finnish landscape, for which he wrote a commentary. In later works, such as En resa i Finland (1872-74) and Boken om vårt land (1875), he continued to offer comprehensive overviews of his country, bringing the whole of Finland to readers with the help of masterful engravings by the likes of, among others, Magnus von Wright (1805-1868), Johan Knutson (1816-1899), and perhaps Finland’s most famous landscape painter, Bernt Adolf Lindholm (1841-1914). 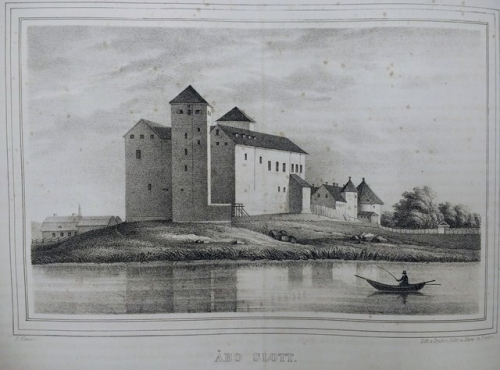 Recently, the Society of Swedish Literature in Finland has created a digital portal for Topelius’s works, Zacharias Topelius Skrifter, which has so far published eight digital critical editions. This year, has released a digital critical edition of Boken om vårt Land (‘The Book of our Land’), which was and is still one of the most important history books in Finland, not least because it was, in the words of critic Pertti Haapala, ‘the foremost history textbook used in elementary schools between the 1870s and the 1940s, and it was read and commented on a great deal after the Second World War as well’ (Haapala, p. 26). The British Library has an 1886 copy of the Finnish translation, Maame kirja (first published 1876), which shows signs of being well-used by a young Finnish student, presumably the ‘Yrjä Hagelberg’ named on the inside cover. On the fly-leaf, you can make out a pencil drawing of a male figure coloured in red, lifting what apper to be weights. Later, we see several of the woodcuts coloured in (very capably) by young Yrjä. All in all, this Maamme kirja, a near 500-page textbook for young learners, full of lengthy verse quotations from the Kalevala and the Kanteletar, has however been treated with the respect that the seminal history text deserves. 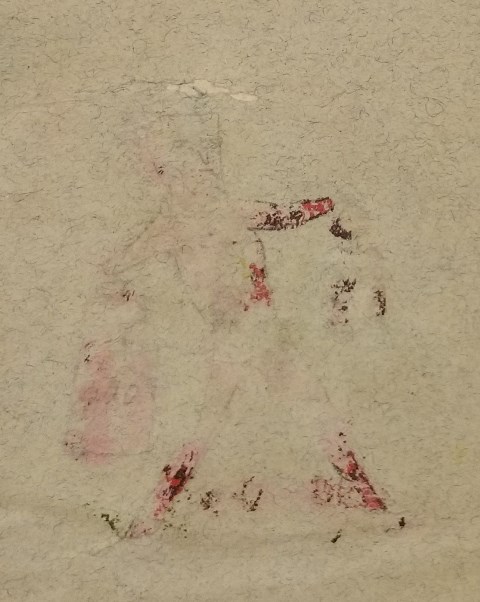 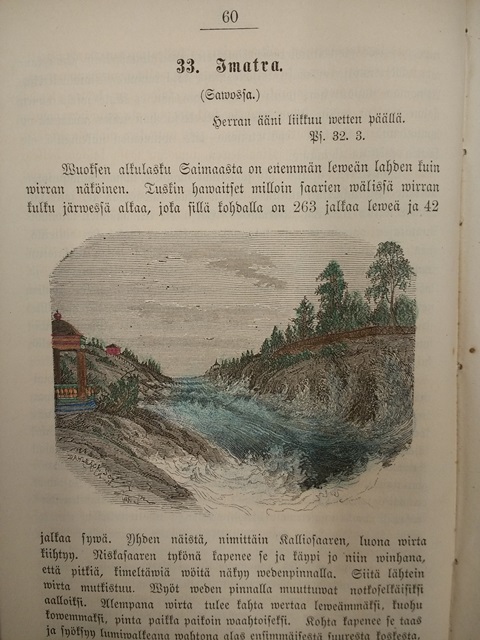 Not only did Topelius frame his Finnish history from the perspective of a child’s experience, but he wrote a great many successful and enormously influential children’s books, which gave him the name ‘Mr Fairy Tale’. As Haapala notes, ‘it is easy to see that the child’s experience in reading The Book of Our Land is a metaphor for the emerging historical consciousness of a nation’ (p. 38). The children’s tales too are important in the development of the nation, as folk tales, myths, songs have always been in the foundation of national identities. Topelius’s Läsning för barn series (1864-1896, BL 12837.m.11) contains stories that continue to be translated into many languages. Each of the eight volumes contain around two hundred illustrations, some subtle and others of a more epic imagination. 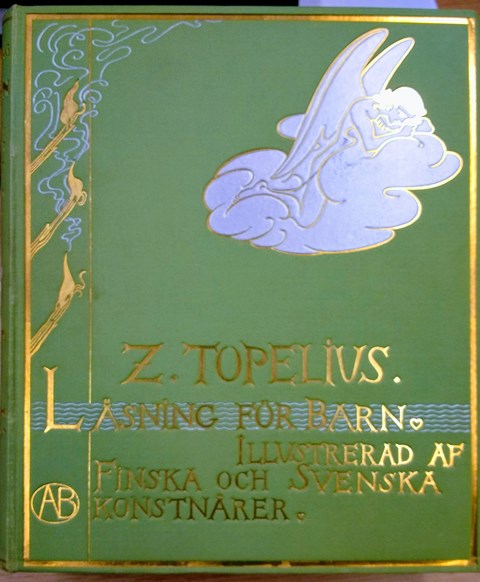 Above: Cover of the first book of Läsning för barn (Stockholm, 1902), 12837.m.11. Below: ‘When you sleep amongst roses’, illustration by Carl Larsson, from Läsning för barn 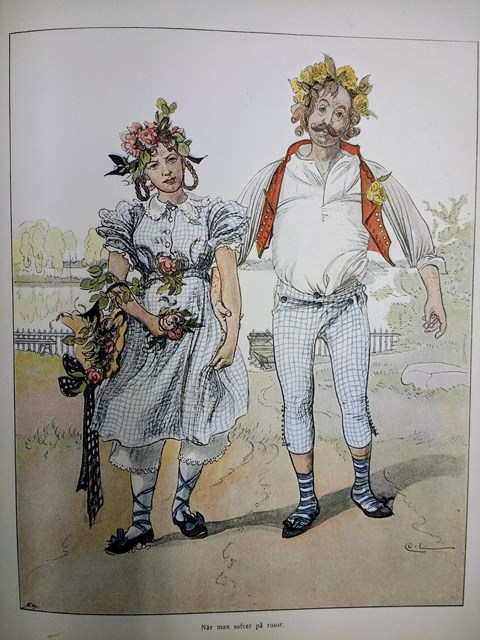 For the centenary of Topelius’s birth in 1918, the Swedish Academy asked the eminent Nobel Laureate Selma Lagerlöf to write something on him. Topelius was a clear influence on the Swedish author of Nils Holgerssons underbara resa genom Sverige (The Wonderful Adventure of Nils), which takes much from Topelius’s Boken om vårt Land, not least the idea to explain national geography from a child’s and bird’s eye view. Lagerlöf’s paean is to a writer of both Finland and Sweden, and ultimately ‘the North’ – its life and landscape. Zachris Topelius asks ‘Can you love a country, so hard, so cold, so full of neglect?’ His answer follows, ‘We love it because it is our roots, the essence of our being, and we are the ones our country has made – a hard, frosty, fierce people […]’ (En resa I Finland). The country that ‘made’ its people was itself created in the words of Topelius and fellow patriotic writers. And so, by extension, we might even say Topelius made a nation.