As discussed in a previous blog post Władysław Reymont’s Bunt (‘The Revolt’) – a story of farm animals revolting against their master, first published in 1922 and re-discovered in Poland in 2004 – raised the question of whether and how this obscure story by a long-forgotten Polish writer could have inspired Orwell’s more famous treatment of the same theme in Animal Farm.  The recent rediscovery of  an even earlier story of an animals’ revolt on a farm in 19th-century Ukraine told as  political satire makes the question of how such strikingly similar plots travel, cropping up in such seemingly disparate worlds, even more fascinating. 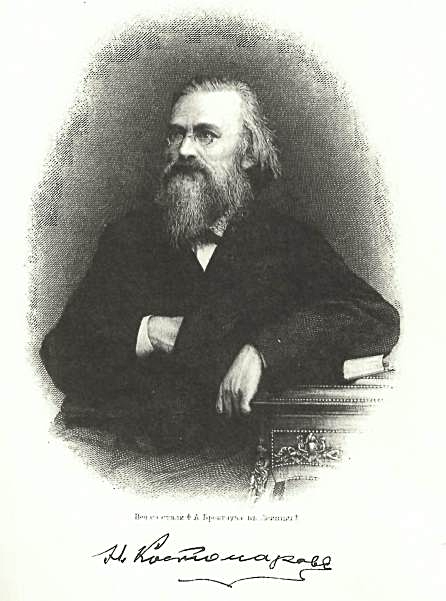 Written in 1880 by Nikolai Kostomarov, the great Russian and Ukrainian historian, writer and ethnographer, the manuscript of Skotskoi Bunt (‘The Farm Animals’ Revolt’)  lay dormant long after the author’s death in 1885. It was finally published in 1917  in one of the most popular magazines of the time, Niva. The fact it was published just before October Revolution may explain why the story never gained much readership at the time. But it doesn’t mean it was not read by Niva’s devoted audience – even as some of them fled the Revolution, such as the Vinavers, Zinovieffs and Nabokovs, who would later be influential in the London literary and cultural scene. 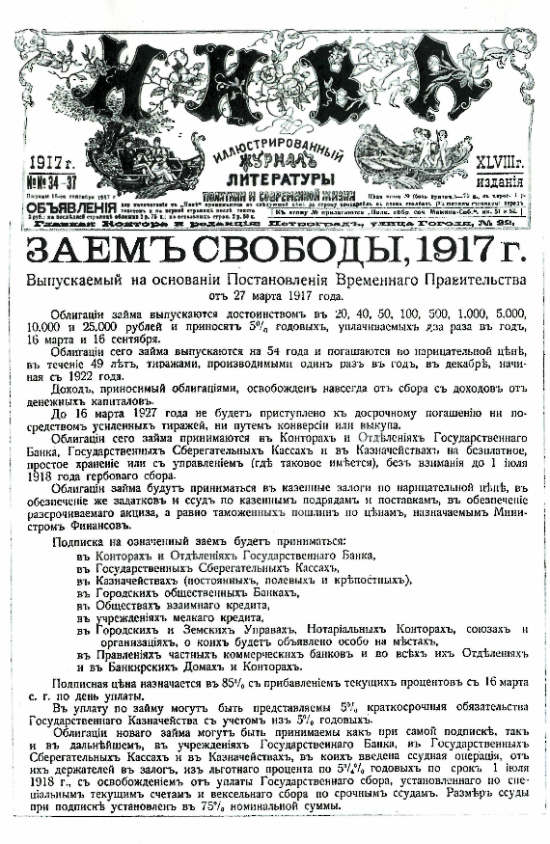 Front page of  issue 34-37 of Niva, September 1917, where Skotskoi bunt was first published. Available in our Reading Rooms via Electronic Resources

There are various ways in which the story might have travelled from revolutionary Petrograd via post-revolutionary Poland to post-Second World War Britain, each worth a story in its own right. But the interesting thing would be to compare these tales to see how much they have in common.

The basic plot and the main dramatis personae remain the same in all of them, though each story takes its own, different narrative route. Kostomarov’s rebellious animals rise against the landlord but never in fact gain control of the farm. The person in control turns out to be a trusty old farmhand, Omelko, who possesses the gift of understanding animals’ talk. While the master panics, running around with a rifle, Omelko jumps onto the wall and quickly outwits the leaders of the insurrection – the powerful bull and the beautiful stallion – by giving in to their fervent demands and granting them and their folk freedom. But soon some of the rebels are forced, shouted or talked into submission, with many confused beasts gratefully returning to the fold. When winter comes and the liberated “horns and hooves” run out of food, which for the most part they had destroyed themselves, the leaders are punished: the bull felled and sent to the slaughterhouse, and the horse neutered. Omelko is instructed to take every precaution to prevent the uprising ever happening again, and the world returns into the old rut.

In Reymont’s story there is also a character who understands animals’ talk, called Mute, but he is on their side. He too feels mistreated by his fellow men and joins the animals in their mass escape from man’s bondage. Later he and his friends fall out and go their separate ways. Mute dies alone in the wilderness, but the animals continue their exodus east, towards the promised land.

Orwell’s story has the line between man and beast clearly drawn, the two facing each other on opposing sides, as in Kostomarov’s, though never on  an equal footing as they are with Mute in Reymont’s story; that line later blurs as some of Orwell’s animals become all too human.

Although the stories have the same triumvirate (triumbrutat?) of leaders, the original stirrers among them are different. In Kostomarov’s it is the bull, so wilful and strong it has to be kept in fetters at all times and beaten into submission if need be; in Reymont’s it’s a dog named Rex, not so long ago the master’s favourite but through some unintended mischief fallen out of favour; in Orwell’s it’s Old Major, the wise boar, the philosopher of change. Their characters and motivations differ too – from the injured pride of a bull aware of his power, through the vengeful hurt of the rejected man’s best friend, to the wisdom of the old swine who dreams of a fairer world. Yet the way they inflame their brethren to rise and fight is the same – with long idealistic speeches. The most surprising one is given by Kostomarov’s brawny bull who sells pure Marx to his fellow bovines, calling on them to assert the ownership of their labour and the right to enjoy its fruit as they see fit. But perhaps it was not Marx but Blanqui,  since it is the original elite group of the revolutionaries, the cattle, who establish the dictatorship. Interestingly, this shows that in Kostomarov’s time, although the Age of Revolution had already dawned, the exact way of doing it was still being debated, the Blanquists and Marxists soon joined by the ever-growing number of theorists who claimed to have the know-how. 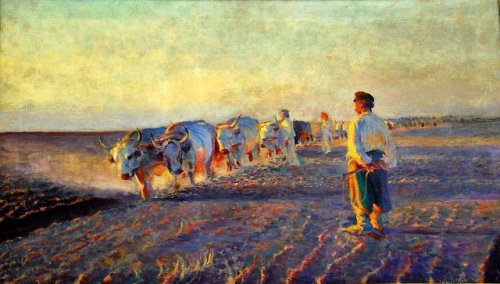 Interestingly, only Kostomarov’s and Orwell’s stories try to set the animals’ rebellion on a proper ideological foundation. Reymont’s story, much closer to the actual Russian Revolution, emphasizes the psychology of hurt and vengeance which drives the rebellion to its tragic end. Orwell on the other hand concerns himself mostly with exposing the mechanics of power and how it corrupts, painfully knowledgeable as to how these things end. And while Kostomarov and Reymont stay with the simple formula of a cautionary tale – one funny in still a fairly theoretical argument, the other bleakly confirmed by eye-witnesses, Orwell upgrades it to a biting political satire more suited to the sophisticated 20th century reading public.

The shifts in emphasis in each story reflects the time in which it was written, their changing social and political context practically covering the entire Age of Revolution from the mid 19th to mid 20th century. For undoubtedly, the parable of the animals’ revolt as told by Kostomarov, Reymont and Orwell tells the same story of revolution - how the idea developed, how it came to pass and what happened to it when it actually won and died. And why.