Polish mathematicians and cracking the Enigma

For centuries all cryptosystems had a linguistic orientation. However after the First World War cryptography entered the era of mechanisation and as a result cipher machines were built with the set of rotors as a primary component. They were used for encrypting and decrypting secret messages. To break their ciphers mathematical knowledge was needed.

The Enigma, the most famous example of the cipher machine, was created by the Germans at the end of the First World War. It was used for commercial and military purposes, although the two versions differ significantly. In the late 1920s Germany had the most sophisticated communications in the world. The British, French and Americans tried to tackle the Enigma cipher but failed to break it. One country, however, desperate to monitor German secret messages, achieved considerable results. This was Poland.

Sandwiched between two powerful neighbours, Soviet Union to the east and Germany to the west, Poland, a newly-created state after the First World War, was in great need of finding a way to ensure her security. The success of the Polish-Soviet war of 1919-1920 was due to intelligence activities in which Polish cryptographers played a crucial role. To continue the work on cryptology seemed to be an obvious choice. Polish Intelligence was successful in cracking the German military ciphers until the German cryptograms began to change in 1926. The Poles quickly realized that they were machine-enciphered and identified the machine as the Enigma. A commercial model purchased by the Polish Cipher Bureau was however different from the German military Enigma. Unable to decipher military messages and to reconstruct the machine they decided to turn to a mathematical approach. In 1932 a team of young mathematicians from the University of Poznań was set up. Among them were the main code breakers Marian Rejewski, Jerzy Różycki and Henryk Zygalski. It was Rejewski who first cracked the Enigma code, in only ten weeks. His excellent mathematical education, fluent command of German, exceptional intuition and completion of a course in cryptology, together with the intelligence information he received from the French Secret Service, led to his success. The first messages were deciphered as early as Christmas 1932. 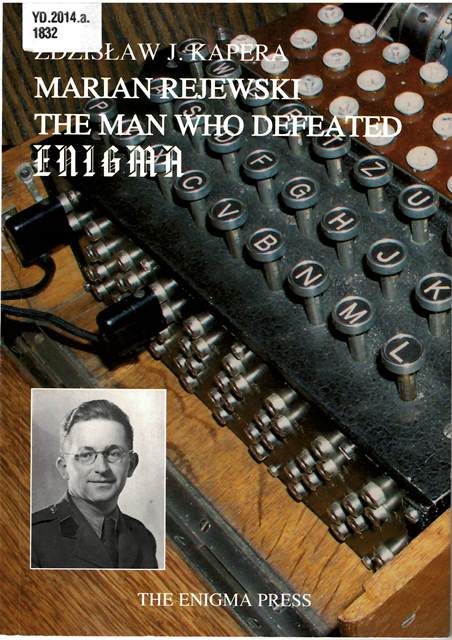 Rejewski was now joined by Różycki and Zygalski. Their contributions included the Różycki clock and the Zygalski sheets Subsequently the Poles were able to replicate the Enigma machine and design mechanical devices which allowed them to break the Enigma code. A crucial device which made it possible to reconstruct daily codes in two hours was the cyclometer. It was substantially developed by Alan Turing in the Second World War. In 1938 the German cryptographers increased Enigma’s security and the Poles’ techniques no longer worked. There were no resources to carry out further work either. By that time the Polish cryptographers had read about 75% of intercepted German Radio communications. This was kept strictly confidential. 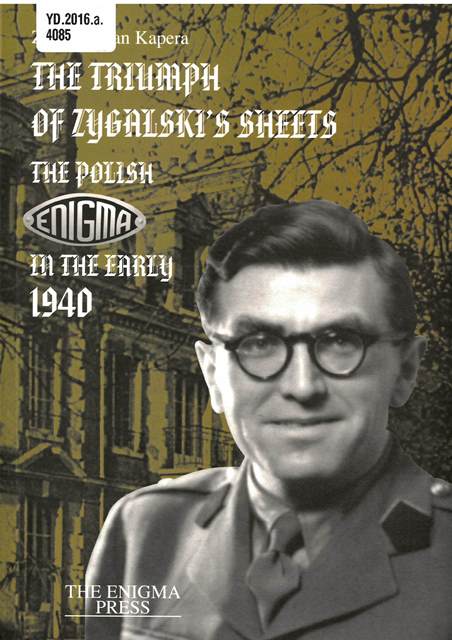 In July 1939, with the German invasion of Poland imminent, the Poles invited French and British code breakers for a secret meeting near Warsaw. The Polish team disclosed their Enigma results and handed their allies-to-be copies of the Enigma machine. On 1 September the war broke out. The three genius mathematicians fled Poland and later joined the French cryptographers in France. The knowledge they had provided considerably contributed to the cracking of the more complicated wartime Enigma codes used by the Germans. This happened at Bletchley Park. The breaking of Enigma had a significant impact on the course of the Second World War. It is believed that it shortened the war by two years and saved countless lives.

An original Enigma machine is currently on display in the British Library outside the Alan Turing Institute.

Frank Carter, The first breaking of Enigma: some of the pioneering techniques developed by the Polish Cipher Bureau (Milton Keynes, 2008). YK.2010.a.35748 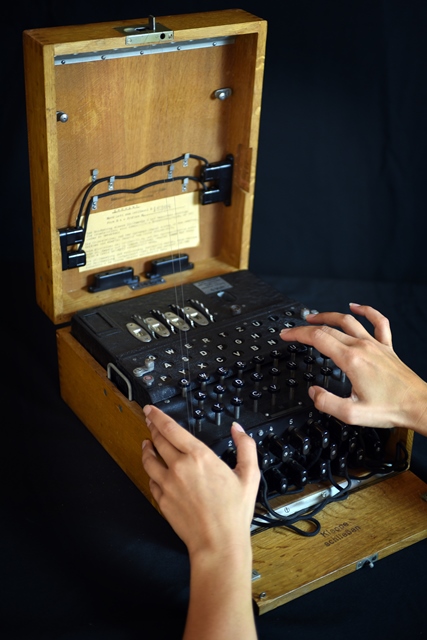