1918 and the Eclipse of Populist Marxism

2017 saw a number of important milestones in the history of Russian Marxism, including the 150th anniversary of the publication of the first volume of Das Kapital and the centenary of the Russian Revolution. From 1 May to 5 August 2018, the British Library will be celebrating 200 years since Marx’s birth with an exhibition in the Treasures Gallery.

This year will also see the centenaries of the deaths of five central figures from the generation of ‘Populist’ Russians who began to engage with the ideas of Marx – V.V. Bervi-Flerovsky (b. 1829), Nikolai Danielson (b. 1844), Nikolai Liubavin (b. 1845), German Lopatin (b. 1845) and Vasily Vorontsov (b. 1847). The British Library holds original editions of many of their books, the manuscripts of the extensive correspondence between Danielson and Marx  (Add MS 38075), and the fruits of their work: Russian translations of the three volumes of Das Kapital, completed between 1872 and 1896. 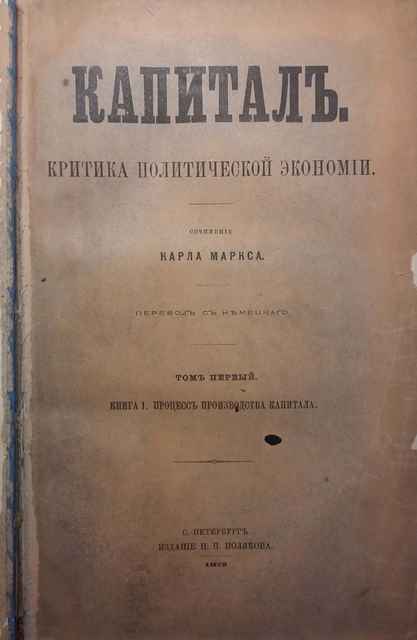 Above: Title page of volume 1 of Karl Marx, Kapital (St Petersburg, 1872-1896) C.185.b.12. The first translation of volume one of Das Kapital into any foreign language. Below: Inscription on the title-page of the second volume (completed by Danielson in 1885 after Marx’s death): ‘To the British Museum from the literary executors of Karl Marx. London 1.2.86. Presented by F. Engels & Eleanor Marx Aveling’. 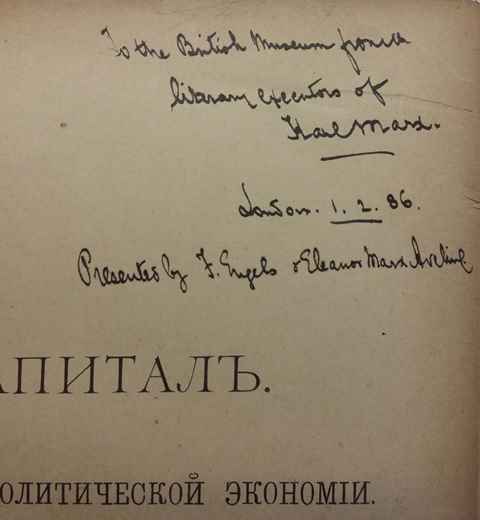 These Populist ‘fathers’ represent something of a forgotten generation, overshadowed by the more familiar names of the Social Democratic ‘sons’ and ‘daughters’: the Mensheviks Georgi Plekhanov (who also died in 1918), Vera Zasulich, and Yuri Martov; and the Bolsheviks Lenin, Trotsky, and Stalin.

Many commentators have depicted a rigid division between Populism and Marxism. Lenin wrote that Populism was a ‘whole vision of the world whose history begins with Herzen and ends with Danielson’ – a precursor of his own revolutionary ideology, but essentially non-Marxist. 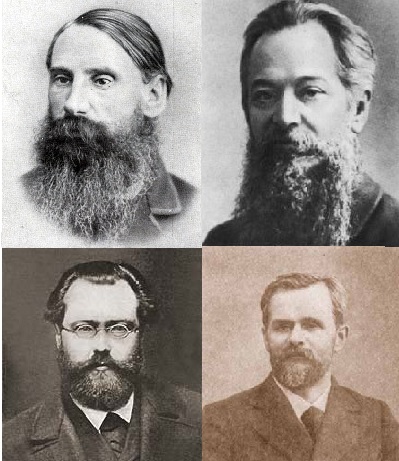 The ‘Populists’ did not see it that way. As well as being involved in the translation of Das Kapital into Russian (in the case of Danielson, Liubavin, and Lopatin), they also sought to grasp what it meant for Russia. In the book, Marx vividly depicted what he called the ‘primitive accumulation of capital’, which shifted resources from pre-capitalist agricultural forms to the developing industrial capitalist sector - with devastating consequences for agricultural communities.

In Marx’s work, this is a historical account of a task already substantially achieved by the bourgeoisie – the subordination of agriculture to industry. For his Russian readers, however, this process lay not in the recent past but in their immediate future. They feared that the famines and social dislocation of industrialisation in the British Empire might be repeated in Russia. 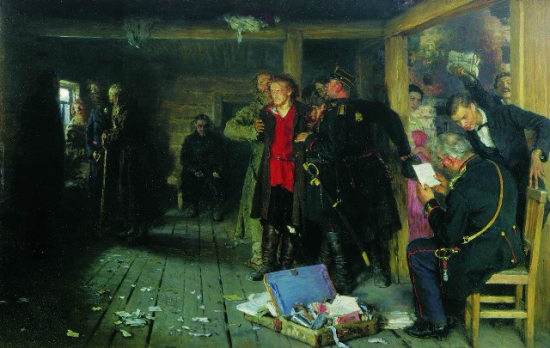 A common experience for Marx’s early advocates in Russia. Ilya Repin’s Arrest of a Propagandist (1880-92). Image from Wikimedia Commons.

Must Moscow travel the British road, ‘the expropriation of the agricultural producer, of the peasant, from the soil’? In the closing decades of the 19th century, Russian intellectuals drew on Marx to argue for various positions in relation to this question.

Though with differing emphases and political approaches, Bervi-Flerovsky, Danielson, Liubavin, Lopatin, and Vorontsov foresaw a ‘non-capitalist’ industrialisation in Russia, which would avoid the horrors of the ‘primitive accumulation of capital’. By exposing the economic mechanisms driving development in Western Europe, they argued, Marx opened up the possibility of a more self-conscious and planned process. They hoped for a more humane path which would allow the peasant commune to persist in some form, or at least enable the class of peasants to become modern socialist citizens without severe disruption. 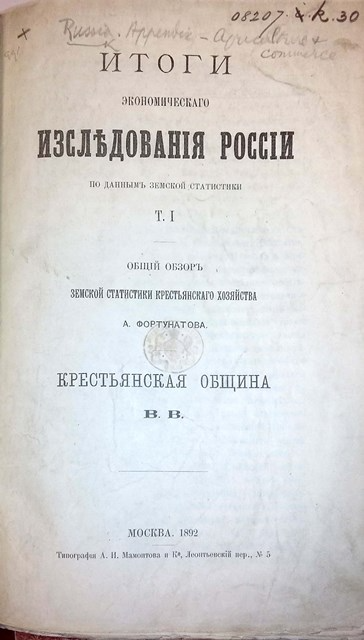 Other readers of Marx advanced a more fatalistic interpretation. For Nikolai Ziber (1844-88), known as ‘the first Russian Marxist’, there could be no path to socialism except through a long period of capitalist development exactly as depicted in Das Kapital. There must first be a bourgeois-democratic revolution to enable the unfettered accumulation of capital. A socialist revolution would follow only once more traditional economic forms had been dismantled, and the peasantry forcibly transformed into a wage-earning proletariat. This reading became known as ‘orthodox Marxism’, influencing the Social Democratic movement as well as the Legal Marxist intellectuals like Peter Struve.

By 1917, Lenin had resolved to cut the Gordian Knot by a third solution: to try to spark a world revolution, and contribute to the success of socialism in the developed capitalist countries. Socialist Russia would then be able to modernise in collaboration with the advanced economies of Socialist Europe. 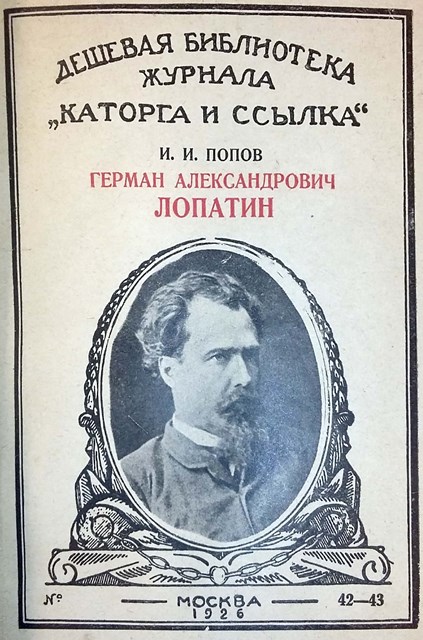 The daring actions of the Leninists in 1917 brought their particular strand of Russian Marxism to the fore, eclipsing all rival interpretations. In 1918 the Bolsheviks celebrated the centenary of Marx’s birth as the rulers of Soviet Russia, staking their claim to be his only faithful followers.

However, the Bolsheviks’ revolutionary ideology itself had emerged out of engagement with these older figures, albeit often in passionate argument with them. As the world socialist revolution failed in the years after 1917, the question of the fate of the peasantry along Russia’s path of industrial development, which had been so central for these early readers of Marx, returned with even greater urgency.

Andrzej Walicki, The Controversy Over Capitalism: Studies in the Social Philosophy of the Russian Populists (Oxford, 1969) X.529/10228.