Chekhov, Sakhalin and the Russian Famine of 1891–92

In 1890, the 30-year-old Anton Chekhov made the long and arduous journey from Moscow through Siberia to the remote island of Sakhalin. There he spent three months recording his observations and carrying out a census of the some 10,000 convicts and settlers who lived in the Russian penal colony on the island. An accredited correspondent, Chekhov in part financed his trip by writing a series of articles while en route to Sakhalin for the newspaper Novoe vremia (‘The New Times’; MFM.MF1223), which was owned by his acquaintance Aleksei Suvorin. The first six articles appeared in the paper in June 1890 under the title ‘From Siberia’ (Iz Sibiri) and a further three were later published in July and August under the heading ‘Through Siberia’ (Po Sibiri). 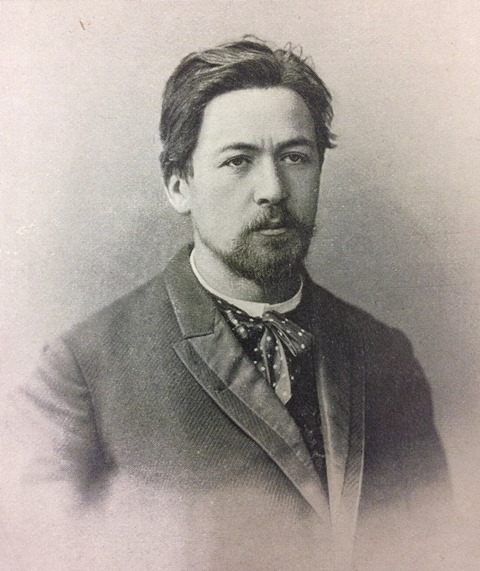 During his stay on Sakhalin, Chekhov witnessed the appalling conditions and treatment many of the inmates and settlers were forced to endure. He took a particular interest in the intellectual needs of the colony’s children, later collecting and sending a library of over 2,200 books to Sakhalin. He also came into contact with the island’s indigenous peoples and observed first-hand the devastating effects of colonialisation on their communities. 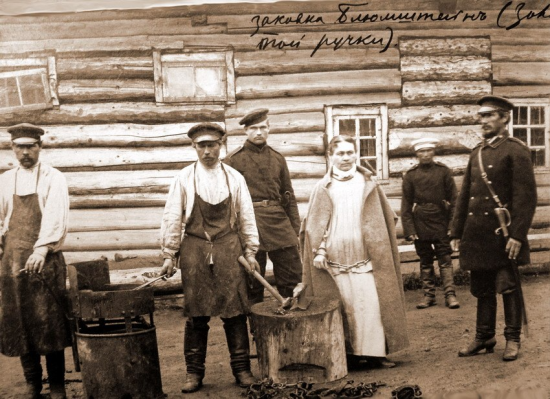 Returning to Moscow in December 1890, Chekhov began writing an account of his time on Sakhalin, which would later be published in full in 1895 as Ostrov Sakhalin (‘Sakhalin Island’; BL 10011.l.21). Initially Chekhov is said to have been reluctant to publish sections of his book in literary journals, preferring instead for the book to appear as a complete work. This changed, however, in 1892 when he agreed to publish Chapter 22, ‘Beglye na Sakhaline’ (‘Escapees on Sakhalin’), in Pomoshchˊ golodaiushchim (‘Aid for the Hungry’), a collection of works published to raise money for victims of the Russian famine that had begun along the Volga River the year before. 6,100 copies of the anthology were published and its other contributors included Leo Tolstoy (who was an outspoken critic of the government’s handling of the famine), Konstantin Balmont  and Dmitry Merezhkovsky. 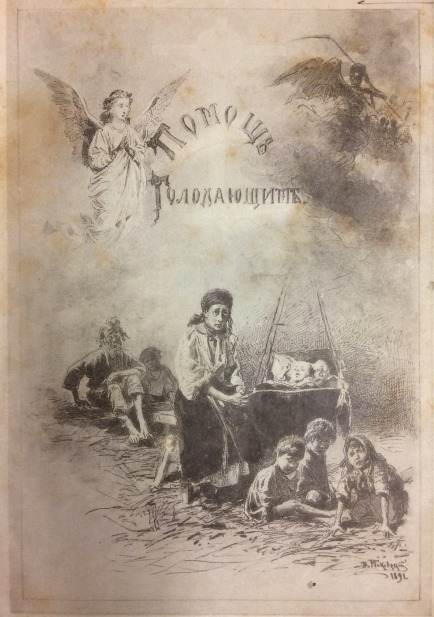 The famine had arisen following bad weather in 1890-91 and a subsequent poor grain harvest. However, despite the severely reduced harvest, there was in fact enough food available to feed the population. Problems with infrastructure and government policy meant that food supplies were not fairly and adequately distributed. As a result, almost half a million people are believed to have perished by the end of 1892, the majority from disease triggered by the famine. 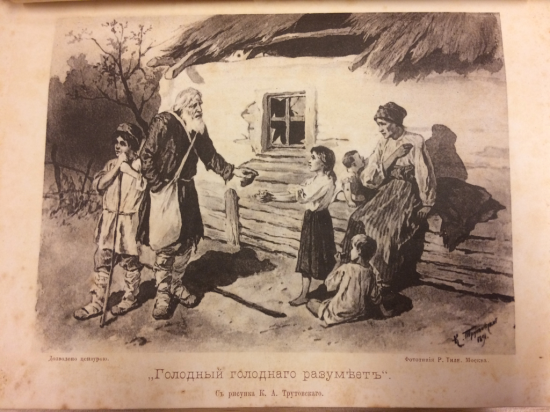 An illustration printed in Pomoshchˊ golodaiushchim. The caption reads: ‘A hungry man understands the hungry’.

The British Library’s rare copy of the first and only edition of Pomoshch’ golodaiushchim not only provides information on the horrific famine and the attempts to aid its victims, but it is also particularly noteworthy as it contains the first appearance in print of any part of Chekhov’s book on Sakhalin Island. The chapter in question deals with runaways in the penal colony and later formed the penultimate chapter in the full version of his 1895 book in revised and abbreviated form. For example, an evocative passage describing the natural obstacles facing those attempting to escape the island appears in the 1892 and 1895 publications as follows:

Following the publication of Pomoshchˊ golodaiushchim, Chekhov published several other chapters from Ostrov Sakhalin in the Russian periodical Russkaia myslˊ (‘Russian Thought’; P.P.4842.dc.) prior to its full publication.

Chekhov’s reasons for travelling to Sakhalin have long been a source of debate for scholars (Karlinsky, pp. 152-154). It is clear, however, that the trip and his subsequent book had a profound impact on both him and Russian society. To this day, the island and Chekhov’s work continue to hold a poignant fascination, as a photo essay  by Oleg Klimov for the 120th anniversary of the 1895 publication of Ostrov Sakhalin demonstrates.