People say that there are only 3? (7? 11?) basic plots in the whole of world literature. Goethe claimed it was 36, but apparently he nicked the idea from a guy named Gozzi. I suspect the exact number will be argued as long as people tell stories but they can spin yarns of such striking likeness it makes one wonder how these plots travel, cropping up in different times and places, in seemingly disparate worlds.

Orwell’s Animal Farm is a good case in point. As discussed in two previous blog posts, for close on 60 years it was the prime example of a political allegory using the ancient form of animal fable to comment on 20th century politics, but the rediscovery of two earlier stories of animal revolutions, Władysław Reymont’s Bunt, and Nikolai Kostomarov’s Skotskoi Bunt  in recent years has raised the question of whether the three stories share the same genetic lineage. If they do, the next question is: how did the original idea travel from Russia to Poland to Britain?

The first possible route that immediately comes to mind is via Sonia Brownell, “the girl from the Fiction Department”, Julia from 1984, and Orwell’s future wife. They met in the early 1940s at Horizon magazine where Sonia was working as a secretary to the writer and critic Cyril Connolly, but already had solid editorial experience as assistant to Eugene Vinaver, a Russian post-revolutionary émigré and another specialist in fairy tales, though in his case they were Malory’s Arthurian tales.

Eugene was the son of Maxim Vinaver who was born, raised and educated in Warsaw before making a career as a lawyer in St Petersburg. He played an active role in the Russian Revolution but escaped to France before it could swallow him up. While settled in St Petersburg, the Vinaver family would almost certainly have subscribed to the legendary magazine Niva, which published Kostomarov’s story in 1917, as no respectable bourgeois family could function in society without it. It’s practically certain too that Maxim Vinaver knew Reymont’s work; after all they went to school in Warsaw at the same time, a fact which wouldn’t have been lost on Maxim when Reymont won the Nobel Prize for Literature in 1925. As a sociologist and a lawyer fighting for Jewish rights, he must have been familiar with Reymont’s rural and industrial novels of the Russian Empire, Chłopi (‘The Peasants’; Warsaw, 1904; 12591.b.52.) and Ziemia Obiecana (‘The Promised Land’; Warsaw, 1899; 12591.cc.39) and also with his journalism dealing with the rights of Polish minorities subjected to heavy Russification in the Lublin Governorate after 1912. Maxim might have even read Bunt, and would have shared both its anti-revolutionary sentiment and its interest in folklore – he was a founding member of the Russian Jewish Ethnographical Society and apparently infected his son with his interests badly enough for the young Eugene to study mediaeval literature and eventually to become an academic specialist in fables.

Clearly both Vinavers had good first-hand knowledge of both the mechanics of revolution and the art of fairy tales. Just as Orwell had towards the end of his spell at the BBC when he was working on radio adaptations of fairy tales. At that time he had already met Sonia Brownell. Could it be it was then she passed Vinaver’s infection (in-fiction?) on to Orwell?

Another possible route from 1920s Poland to 1940s Britain for the story of animal revolt as a parable of Russian Revolution could be via Teresa Jeleńska, Animal Farm’s Polish translator (in fact the first translator of Animal Farm into any language). Jeleńska was an aristocratic socialite in pre-war Poland, moving in European literary and political circles, who found herself as a refugee in London in 1941. Working as a journalist she met Orwell and the two became friends. 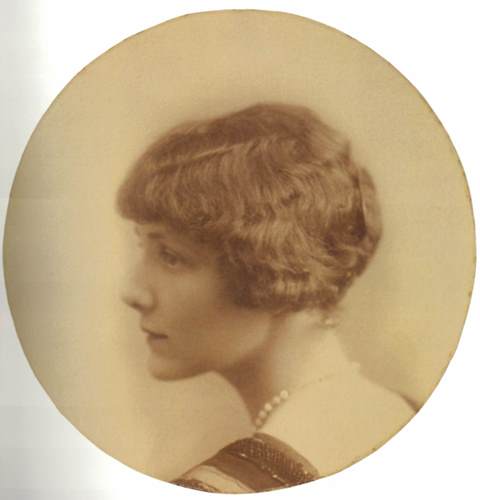 Jeleńska’s son, Konstanty, or Kot, later an influential essayist and translator of Witold Gombrowicz, after the war ran the Eastern European division of Congress for Cultural Freedom (its Manifesto was drafted by Arthur Koestler, a close friend of Orwell). In a letter to Jonathan Brent of 7 August 1985,  explaining the biographical introduction to his first collection of essays Zbiegi okoliczności (‘Coincidences’; Paris, 1982; X.950/16831), Konstanty recalled, “During my war years in England I discovered the Horizon and Partisan Review and met some English writers like Evelyn Waugh, John Betjeman, Cyril Connolly, Raymond Mortimer and George Orwell (a friend of my mother…)”. It must have been at the same time that he met and befriended Sonia Brownell, though their shared interest then was probably more in painting than literature. 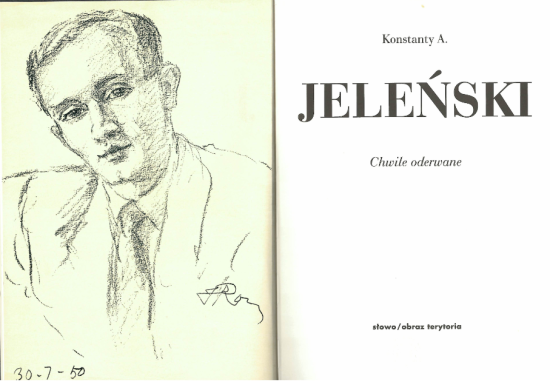 Jeleńska’s name doesn’t register in any biography of Orwell as one of his friends but only as a translator. Yet their paths apparently crossed quite frequently (probably after Jeleńska and Kot moved to Scotland in 1942), and their friendship, or at least their working relationship, was close enough for Orwell to trust her with the typescript of Animal Farm before publication. They may have been also Orwell’s Polish liaison behind his piece in Tribune (Sept. 1944) on the Warsaw Rising, in which he denounced the West for not helping the insurgents and Stalin for holding up the offensive and waiting for the Uprising to bleed to death. They corresponded regularly until Orwell’s death in 1950.

It’s unlikely that the Jeleńskis would not have known of Reymont’s story but whether they talked about it with Orwell remains unknown, as does whether Sonia Brownell regaled Orwell with stories heard from Eugene Vinaver about his years in St Petersburg or his father’s knowledge of a fellow Varsovian’s work on revolution. The readily available literature is mute on the subject, perhaps the secrets are still buried in the archives? These are mostly uncharted waters but perhaps one day someone out there will map them out. Sails up.