Writer, poet, painter, doctor, banished to a small village in Lucania in 1935 for his anti-fascist activities, Carlo Levi (1902-1975) wrote about his experience as a political prisoner in the then remote and extremely poor south Italian towns Grassano and Aliano.

This work, Cristo si è fermato a Eboli (Christ Stopped at Eboli) – a combination of diary, novel, sociological study and political essay – was published in 1945 and translated into English by Frances Frenaye in 1948. 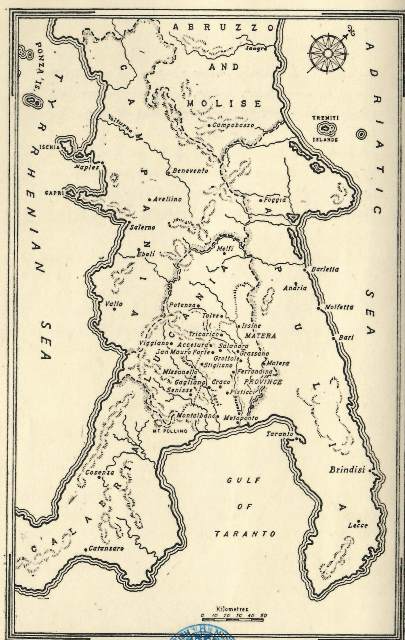 As Levi explains from the very beginning, the title signifies the peasants’ sense of loss:

We are not Christian – they say. ‘Christ stopped short of here, Eboli’. ‘Christian’, in their way of speaking, means ‘human being’, and this almost proverbial phrase that I have so often heard them repeat may be no more than the expression of a hopeless feeling of inferiority. We are not Christians, we are not human beings…

In 1979, the book was adapted into a film featuring also some of the paintings Levi made during that time. 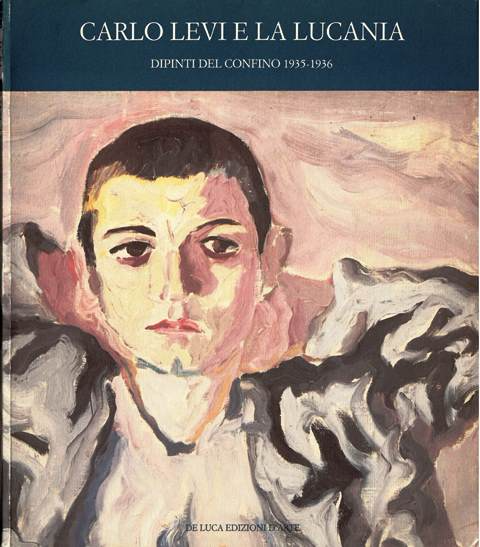 Christ Stopped at Eboli has the poetic narrative of a world seen by peasants – a world of superstitions, spells, where respect for the Madonna precedes religion, and the doctors from town are mistrusted. In describing how people lived Levi gives the paradoxical impression that he is the only free man in those villages. This marks a distance between him and that world, but at the same time reveals an empathic calm and love for it; as Italo Calvino says in a preface to the novel: ‘The love for things he talks about is a characteristic which we must bear in mind if we want to succeed at defining the singularity of Levi’s literary work’.

During the first days of my stay whenever I happened to meet … an old peasant who did not know me, he would stop the donkey to greet me and ask ...: ‘Who are you? Where are you going?’
‘Just for a walk: I am a political prisoner,’ I would answer. ‘An exile? (They always said exile instead of prisoner.) Too bad! Someone in Rome must have had it in for you.’ And he would say no more, but smile at me in a brotherly fashion as he prodded his mount into motion.
This passive brotherliness, this sympathy in the original sense of the word, as suffering together, this fatalistic, comradely, age-old patience, is the deepest feeling the peasants have in common, a bond made by nature rather than by religion.

The description of how peasants see the world reminds us somehow of the mythopoetic vision of the primitive societies described in a collection of essays first published in the same year with the title The Intellectual Adventure of Ancient Man and later reissued as Before Philosophy.

They could reason logically; but they did not care to do it. For the detachment which a purely intellectual attitude implies is hardly compatible with their most significant experience of reality.

That same impossibility of intellectual detachment is observed by Levi:

… And in the peasants’ world there is no room for reason, religion, and history. There is no room for religion, because to them everything participates in divinity, everything is actually, not merely symbolically, divine: Christ and the goat; the heavens above, and the beasts of the fields below; everything is bound up with magic. Even the ceremonies of the church become pagan rites, celebrating the existence of inanimate things, which the peasants endow with a soul, and the innumerable earthy divinities of the village… 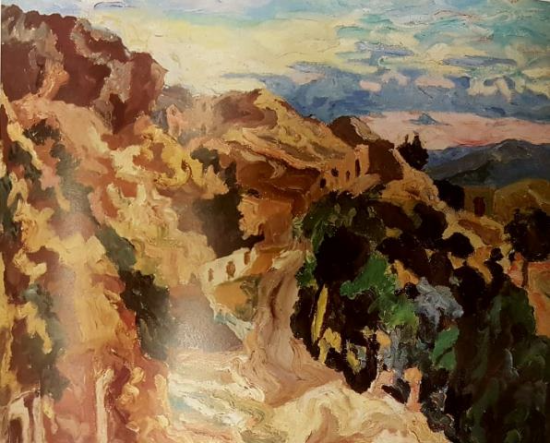 The dramatic description of Matera gives a clear idea of the conditions people lived in at that time:

In the gully lay Matera… The gully had a strange shape: it was formed by two half-funnels, side by side separated by a narrow spur meeting at the bottom… The two funnels, I learned, were called Sasso Caveoso and Sasso Barisano. They were like a schoolboy’s idea of Dante’s inferno… They were caved, dug into the hardened clay walls of the gully, each with its own façade, some of which were quite handsome, with eighteenth-century ornamentation… The houses were open on account of the heat, and as I went by I could see into the caves, whose only light came through the front doors. Some of them had no entrance by a trapdoor or a ladder… On the floor lays dog, sheep, goats, and pigs. Most families have just one cave to live in and they sleep all together: men, women, children, and animals. This is how twenty thousand people live. Of children I saw an infinite number. They appeared from everywhere, in the dust and heat, amid the flies, stark naked or clothed in rags: I have never in all my life seen such a picture of poverty.

When Levi describes the peasant woman Giulia we see again a distance between him and the world he observes – similar to the one between the writers of Before Philosophy and the ancient world they observe – but also a close, lucid enchantment:

Giulia was a tall and shapely woman with a waist as slender as that of an amphora between her well-developed chest and hips. In her youth she must have had a solemn and barbaric beauty… Her face as a whole had a strongly archaic character, not classical in the Greek or Roman sense, but stemming from an antiquity more mysterious and more cruel which had sprung always from same ground, and which was unrelated to man, but linked with the soil and its everlasting animal deities… 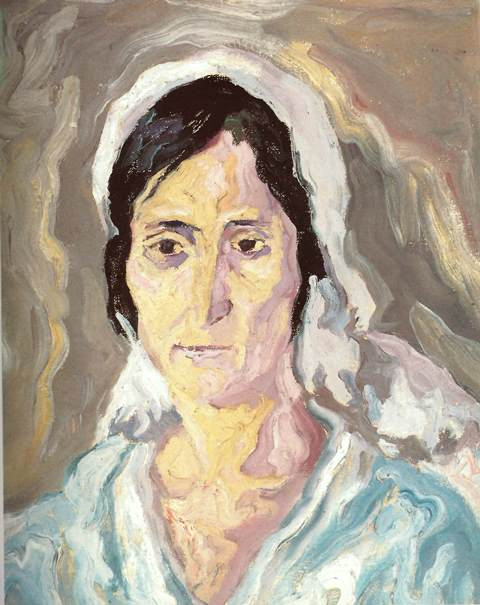 Levi’s empathy and commitment to help are also very tangible. Although initially reluctant, he used his medical knowledge to help and cure the sick, gaining the respect of the people but also making the local ‘doctors’ jealous. Still, Carlo Levi the doctor is not immune to the peasants’ magic vision of the world as he is also the poet and painter who immerses himself in it:

The peasant called jaundice male dell’arco or rainbow sickness, because it makes a man change his colour to that which is the strongest in the spectrum of the sun, namely, yellow. And how does a man catch jaundice? The rainbow walks across the sky with its feet on the ground. If the rainbow’s feet step on clothes hung out to dry, whoever puts them on will take on the colours of the rainbow, with which they have been impregnated, and fall ill.

As Calvino wrote in his preface, Levi witnessed the presence of a time within his time, of another world within his world, where myth and reality clash. Here again there is a similarity with what H. and H. A. Frankfort wrote in the introduction to Before Philosophy: 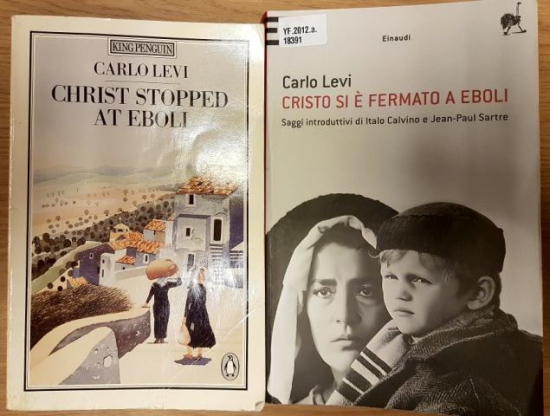 Christ stopped at Eboli is both a great literary work and an important historical text. It is worth reading to have an understanding of the North and South difference within Italy before and after the Second World War.