Women on brooms and more such raging.

Every child knows that the humble broom is the transport medium of choice for wizards and witches. They use it to fly to the Witches’ Sabbath, although other magical forms of transport are used, too. Why has the image of a witch on a broom taken such a firm hold in our culture? Why a broom and not a bread peel, or a cooking pot, or a pig, or even a cat?

According to art historian Renilde Vervoort two engravings by Pieter Bruegel The Elder were instrumental in imprinting the image of the witch on a broomstick (and her cauldron and black cat) in our collective imaginations.

Images of witchcraft in the 15th-century Low Countries were rare, which may go some way as to explaining their impact. Vervoort lists seven major works with such images produced in the Low Countries between 1420 and 1560. One example of a work that influenced Bruegel greatly is a pen-and ink drawing by the 15th-century painter Hieronymus Bosch, owned by Bruegel who greatly admired Bosch.

The drawing (now in The Louvre) depicts nine women playing around with sticks and brooms and other household utensils. Bosch clearly pokes fun at the silly old women, who are jumping and running about, trying very hard to get airborne, not succeeding very well. The striking thing about this drawing is that there is not a broom in sight, apart from one very short one, held over the shoulder by one of the women. 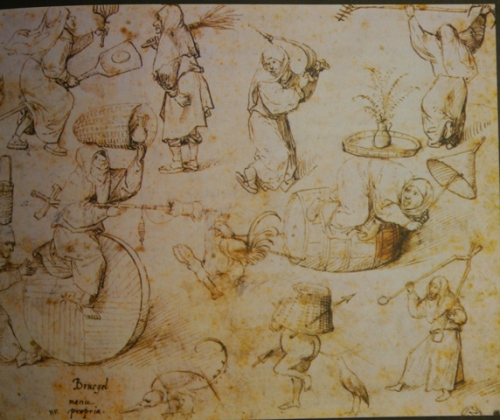 As an aside, this could also point to the belief that witches did not so much use broomsticks, or other sticks for that matter, to fly to the Sabbath, but to conjure up spirits and demons who would take them there. This belief might explain at least in part the origins of the wand. 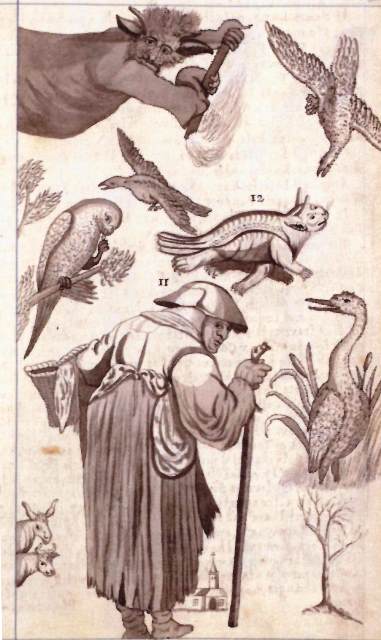 A witch and her familiars, from A Discourse of Witchcraft as it was Acted in the Family of Mr Edward Fairfax ... (18th-century English manuscript) Add, Ms, 32496

Enter Bruegel. His engravings ‘St. James Encounters Hermogenes’ (1565) and ‘The Fall of the Magician Hermogenes’, copies of which are held in Museum Boijmans van Beuningen in Rotterdam, make a lasting impression on anyone who sees them. They are full of weird and wonderful creatures, very ‘Bosch-like’.

Both engravings have the legend of St. James’s encounter with the magician Hermogenes as subject, a story that was well-known in the Middle Ages. However, nowhere in the story is there any mention of witches, therefore no earlier representations depict any. Bruegel’s does.

‘St. James Encounters Hermogenes’ shows witches on broomsticks, flying up into the air via the chimney, where they join two other witches fighting each other. 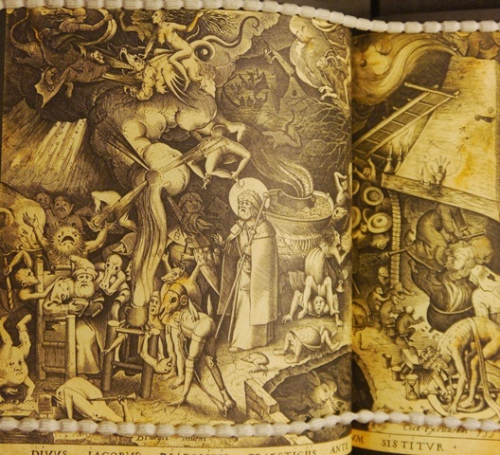 ‘The Fall of the Magician Hermogenes’.  shows only one witch who flies away on a broomstick, which she holds upside down. 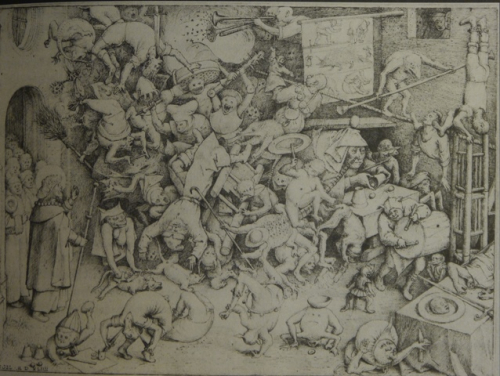 Pieter Bruegel The Elder, ‘The Fall of the Magician Hermogenes’. Reproduced in Vrouwen op den besem ...

It is unclear where Bruegel found his inspiration for the way he represented the legend of St. Jerome and Hermogenes. It may have come from a performance of the Three Apostolic Plays, by the Antwerp Chamber of Rhetoric ‘The Violets’, which showed witches and magicians. What we do know is that his fellow artist, engraver and printer Hieronymus Cock (1518-1570) commissioned the works, most likely also providing the framework for them. Cock must have expected to find a market for the prints. He was right and it is also probably due to the high reputation of both men that the prints spread rapidly, thus establishing the fairly new concept of a witch on a broom. 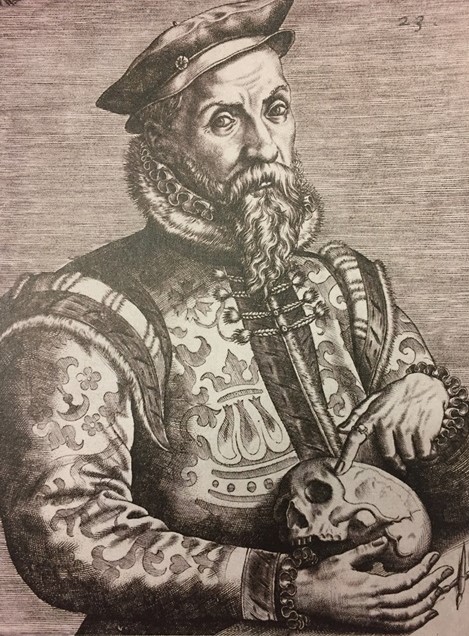 This concept remains a standard feature in depicting witches and witchcraft to this day. 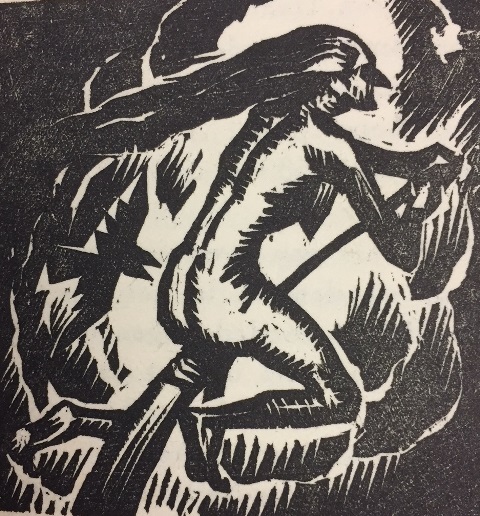 Witch trials more or less ceased altogether in the Low Countries around 1600, although people from surrounding areas would sometimes find their way to the small town of Oudewater, to be cleared of any accusations in their own countries.