The Centenary of the Belarusian Democratic Republic

I remember very vividly my confusion when in March 1990 I found myself on a park bench reading a thin samizdat publication, Dzien Voli (‘Freedom Day’), dedicated to the anniversary of Belarusian independence. It was delivered to Minsk from Vilnius where much Belarusian samizdat was published at that time. In the Soviet Union, we were told that Belarus and Belarusians had always been part of something else – of other countries and peoples.

From Dzien Voli I learned for the first time a story of the Belarusian Democratic Republic (also translated as Belarusian People’s Republic; BNR in its Belarusian abbreviation). It was proclaimed independent by representatives of civic and political organisations and parties in Minsk on 25 March 1918. They used a very short window of opportunity – just a few days – between the Russian Bolshevik army leaving Minsk and the advancing Germans entering the city. 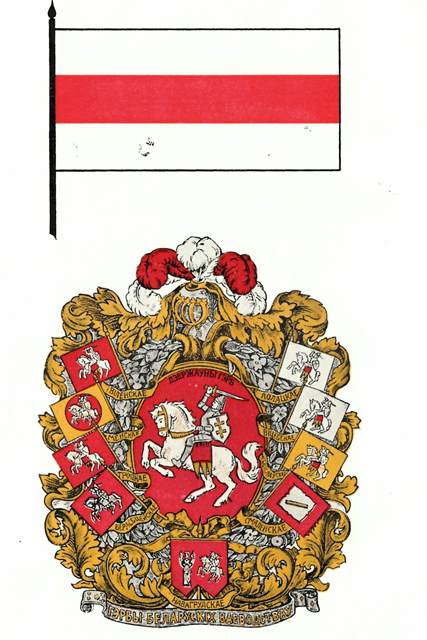 Neither the occupying German authorities nor the Russian Bolshevik government fully recognised the BNR, though both had to take its existence into account. The BNR government in Minsk attempted to form its own army, school system, local authorities, trade and diplomatic missions. It was most successful in building relations with the Ukrainian Democratic Republic, which had declared its independence three months earlier and secured recognition from the occupying German authorities. The BNR’s main income came from forest wood sold to the Ukrainian government in exchange for cash and food supplies. The BNR government managed to established diplomatic missions in several other countries and took part in the Versailles Peace Conference after the First World War. 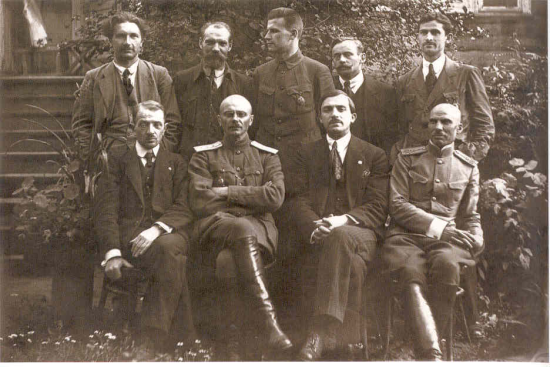 In January 1919, the BNR government left Minsk before the advancing Bolshevik army. It later operated in Vilnius, Hrodna (Grodno), Berlin and Prague. After the Second World War the Belarusian diaspora sustained its existence. Its role as a government in exile has always been symbolic, but symbols are capable of communicating memories and inspiring the strongest feelings.

Without BNR, the Bolshevik government might never have permitted the creation of the Byelorussian Soviet Socialist Republic (BSSR), which was among the founding members of the Soviet Union in 1922. Having their own state entity as part of the Soviet Union, though powerless in many respects, allowed the Belarusians to survive and develop further as a nation until full independence in 1991.

The BNR’s proclamation of independence was preceded by two other charters from the same body of civic and political representatives in February-March 1918. They confirmed the intention to build the future national state on democratic principles which can be easily found in the contemporary Constitution of the Republic of Belarus. The BNR government adopted the ancient Grand Duchy of Lithuania’s coat of arms as the state emblem and the white-red-white flag as the state flag. The independent post-Soviet Republic of Belarus initially adopted the same symbols. They were replaced, however, with variations of the BSSR symbols four years later –society was not yet ready for radical changes. 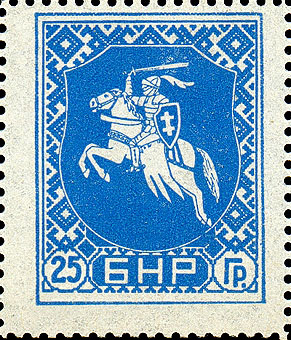 For decades, the BNR was the subject of ideological wars and myths. The discourse started acquiring a more evidence-based form when in 1998 two monumental volumes Arkhivy Belaruskaĭ Narodnaĭ Rėspubliki (‘Archives of the Belarusian Democratic Republic’) were published. These contained about 60 percent of documents from the early years of the BNR government. These documents survived in the State Historical Archives of the Lithuanian Republic  in Vilnius. Until the end of the Soviet Union, only selected and approved researchers had access to them. After Lithuania regained its independence, Siarhiej Šupa, a talented  journalist and translator (among his translations into Belarusian were George Orwell’s Animal Farm and 1984), stumbled upon them almost by chance and spent six years preparing their publication. 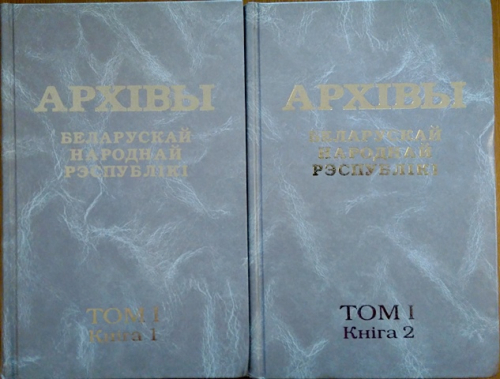 In Belarus, the consensus about the Belarusian Democratic Republic is still in its infancy. The topic has been politicised to an extreme degree until very recently. A new political situation, partly prompted by the events in Ukrainian Crimea and Donbas, has forced the authorities to re-examine the nation’s foundational events. The newspaper Nasha Niva recently reported that the Presidential Administration commissioned a report on the role of the BNR from the Belarusian Academy of Sciences’ Institute of History. The report has not been made public, but its essence can be deduced from the book to which the Director of the Institute referred the journalist investigating the story. In the Institute’s collective work Historyia belaruskaĭ dziarzhaŭnastsi ŭ kantsy XVIII - pachatku XXI st. (‘A history of Belarusian statehood from the end of 18th to the beginning of 21st centuries’) the BNR is characterised as the first attempt at a national Belarusian state. 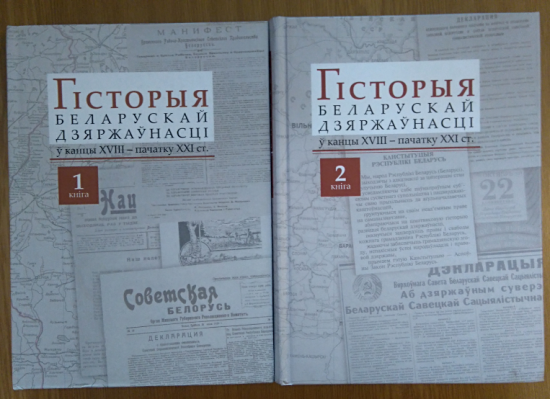 A new generation of civic leaders, more pragmatic than those who led the political opposition in Belarus in the last twenty years, worked on getting permission from the authorities to celebrate the BNR centenary publicly. They also run a large and successful crowdfunding campaign to fund the celebrations. Among the events the authorities agreed on is a large open-air concert in Minsk and the installation of a memorial plaque on the building in which the independence of the Belarusian Democratic Republic was proclaimed on 25 March 1918. It is fascinating to see how a sleepy (until very recently) country gets busy on rethinking its own past and how this past may shape the nation’s future.