Why Oudewater was so attractive to ‘witches’

In an earlier post I discussed the popularisation of the image of witches flying on broomsticks by Pieter Bruegel the Elder.

This chimes with what Balthasar Bekker writes in his famous De Betoverde wereld (‘The Enchanted World’), namely that the idea of witches flying to gatherings at night on a broomstick ‘is today a widely held belief amongst the common people’. 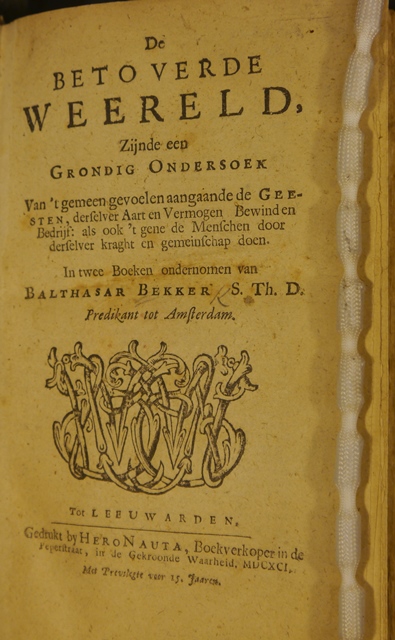 How did prosecutors go about proving that someone accused of being a witch was indeed a witch?

There was one practice that was uniquely reserved for witch trials, namely ‘trial by ordeal’, or divine judgements. In his Malleus Maleficarum (first published Speyer, ca 1487; IB.8581.), Heinrich (Institoris) Kraemer stated that witches could fly because they were weightless. So, all one had to do was establish the weight of the accused and when she (it was mostly women who were prosecuted) was found indeed to be weightless this pointed strongly to her being a witch. 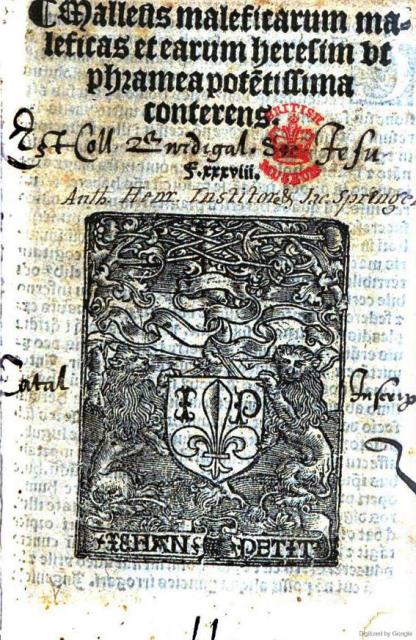 There were two ways to establish weightlessness:

The first was by water, a very popular method in the Netherlands, for obvious reasons: water aplenty! Throw the accused in the water and see if they float. If they sink they are innocent, if they float they are too light, and must be a witch. At the end of the 16th century this method was officially abolished in Holland, following a thorough academic study on the validity of the method by scholars from the University of Leyden.

This left the second method of trial by weighing. This was usually done on the scales of the local weighing house, where goods brought to market were weighed to quality-check them and therefore big enough for a person to stand on. Although seemingly pretty straightforward, there are accounts of places where the scales were fiddled with to show ‘0’ on the dial, leading to gross miscarriages of justice. No such tricks were played at what became known as the ‘Witches Weighing House’ at Oudewater, a small town between Rotterdam and Utrecht. 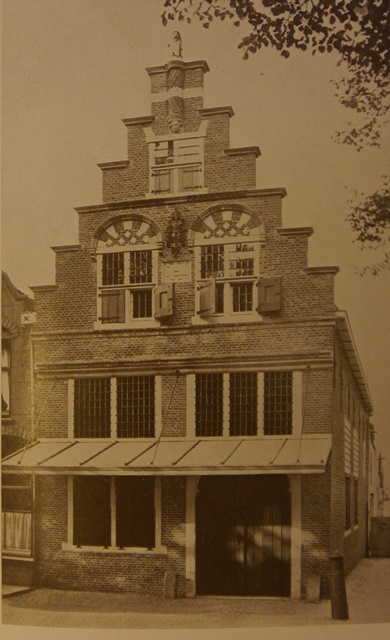 The authorities in Oudewater made sure that weighings were carried out correctly, with several witnesses apart from the weighing master, thus making sure all persons had a weight matching their stature. Moreover, the weighing house issued a certificate stating that the person was not a witch, which they would show magistrates back home. It is no surprise that none of the weighings carried out at Oudewater resulted in a prosecution. 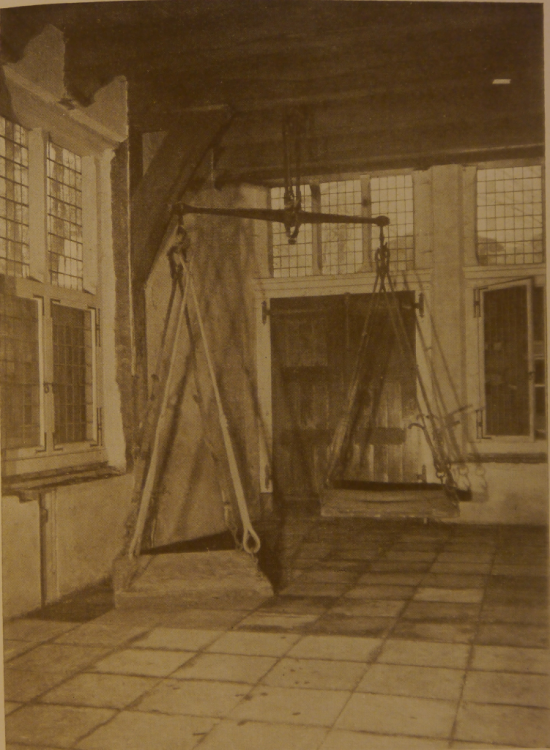 The scales of the weighing house at Oudewater, from Van de heksenwaag te Oudewater.

Oudewater was not well known in the Netherlands in the 16th century, when most witch trials took place. It was not until the witch trials had virtually ended there that it came into its own, during the 17th and first half of the 18th century. Oudewater attracted almost exclusively people from outside the Netherlands, who were sent there by magistrates in their home towns.

It is not known why it was that towns sent defendants all the way to Oudewater; why did they not carry out weighings themselves?

Over time belief in witchcraft diminished and the scales at Oudewater became an anachronism. This is poignantly expressed by the owner of a travel guide to the Netherlands, published in French in Amsterdam in 1779. It is entitled La Hollande aux dix-huitième siècle. In the chapter about Schiedam on page 36, the travel guide says that after 1593 not one person in Schiedam, nor in Holland for that matter, was punished for witchcraft. 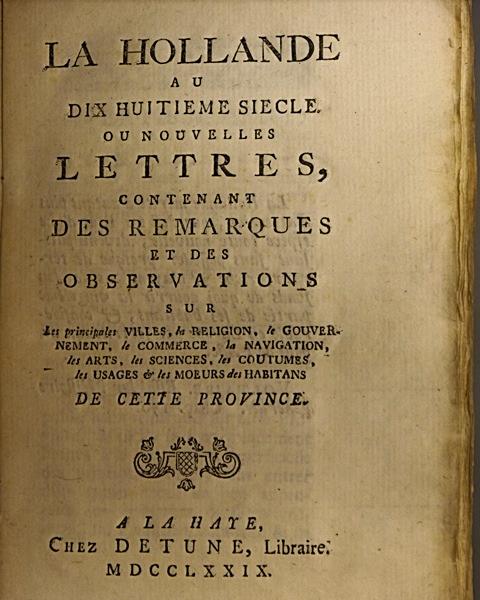 I recently bought a copy this travel guide for our collections. Inside it were several loose pieces of paper inserted with handwritten comments by what must have been the owner of the book. Imagine my surprise when I found that one note described the practice of weighing witches at Oudewater! Here is what it says: 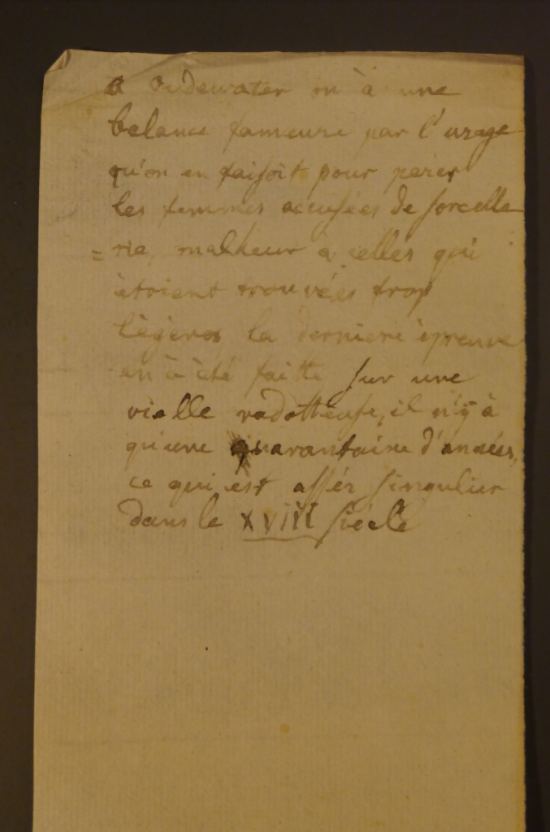