‘Now my text will be destroyed by gingerbread men’: the collaboration between Arthur Sjögren and August Strindberg

August Strindberg (1849-1912) – the unorthodox, self-taught, one-of-a-kind writer, painter, historian, photographer, scientist-alchemist and one-time schizophrenic – can’t have been easy to work with. A pioneer with such singular vision would naturally find some difficulty opening his work up to the ideas of those forever catching up with his modernity.

From the 1890s onwards Strindberg did, however, work closely with the artists Carl Larsson and Arthur Sjögren, falling out with each in turn some ten or so years later. The beginning of the end for the partnership with Sjögren came when Strindberg dismissed his contribution to a future publication in 1906, suggesting ‘now my text will be destroyed by gingerbread men,’ perhaps a jab at the artist’s stylizing tendency. Yet, undoubtedly, in the collaboration between Sjögren and Strindberg, some of the most significant Swedish works of art and literature emerged. 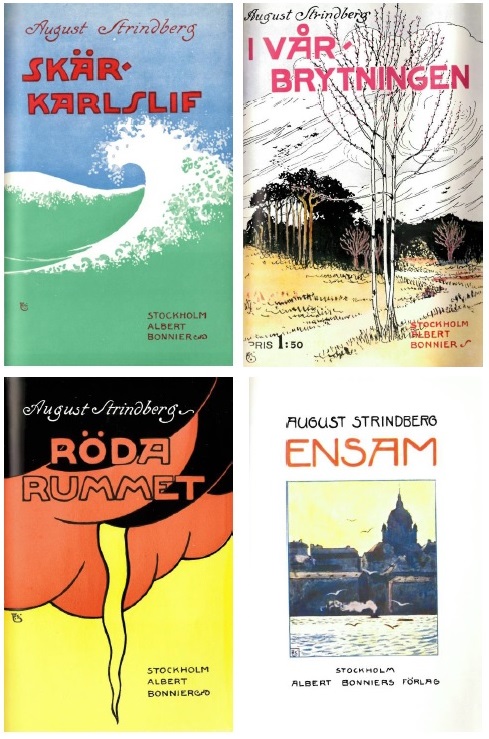 From the 1880s to the mid-1890s, Swedish book illustration and typography found itself in a ‘trough’, wrote the art historian Georg Svensson: ‘It had a plethora of styles but lacked style.’ That is to say, it did not have a national style of its own. Under the influence of William Morris in particular, publishers Waldemar Zachrisson and Hugo Lagerström called for a new style and for innovative artists to burst forth. Hugo and his brother Carl established the magazine Nordisk Boktryckarekonst (PP.1622.h) in 1899 and chief among its contributors was the prolific Sjögren (1874-1951), who fast moved away from an early career in architecture to the ‘pure lines’ of book craft. Nordisk Boktryckarekonst had as its aim to create the conditions for a Nordic style in book design and Sjögren would become, in the words of Erik Wettergren, ‘one of the most ingenious and intensive pioneers of book design in the national spirit’. 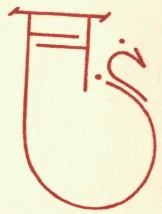 Sjögren began working with the already famous Strindberg in 1900, at which point the writer had had a few years’ experience collaborating with Carl Larsson. In the earlier relationship, it is clear that Strindberg very rarely gave free rein to the illustrator and Sjögren would meet a similar level of artistic direction. This is by no means an abnormal situation but there is little sign of the ‘role of chance in artistic creation’, as one of his essays once lauded. Strindberg sets out the roles in the preface to their first collaboration, Sveriges Natur (1901), ‘the drawings offer landscapes, not prospects, which are composed by the writer and carried out by Arthur Sjögren to the writer’s contentment [belåtenhet].’ 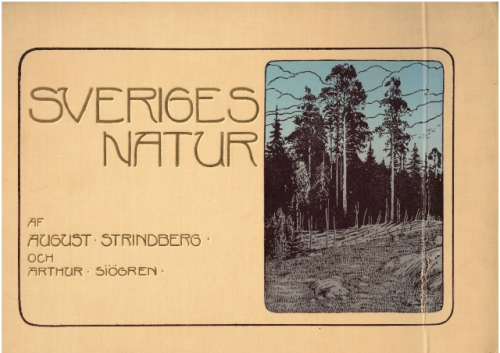 Strindberg had travelled around Sweden in 1891-2, much as he had done around France before, and made notes and sketches in situ and these drawings and photographs were the strict basis for Sjögren’s work. The author still insisted on writing both their names on the cover in the same gold type, despite the illustrator’s protests, yet we find Sjögren’s name appears smaller than Strindberg’s, perhaps as a concession to the modest artist.

Above: Heading from the section ‘Lappland’, and Below: Landscape of Lapland, from Sveriges Natur Future collaborations did see more conceptual input from Sjögren, yet Strindberg continued to be prescriptive. If the balance of input is not clear, Sjögren’s artwork in the poetry collection Ordalek och småkonst (Word Play and Minor Art; 1905) is without doubt as masterful as Strindberg’s verse, both encapsulating the tension between the innocent simplicity of nature and everyday life and the mystical otherness that Strindberg saw flickering everywhere at the edges. 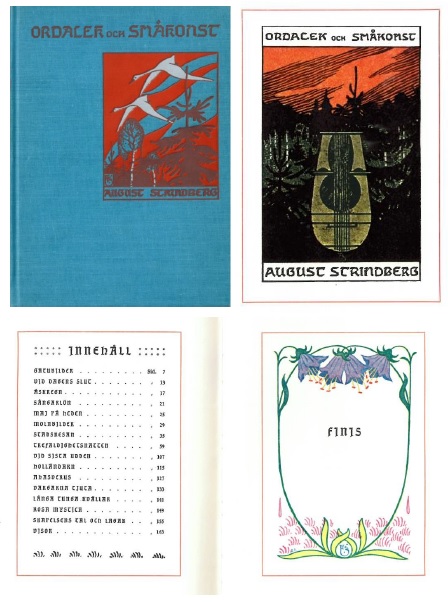 Ordalek och småkonst is visual poetry. Even without the illustrations, critics resort to imagistic terminology, evident in Lotta M. Löfgren’s interpretation prefacing her translation: ‘The realist’s eye now picks up a surreal shimmer.’ 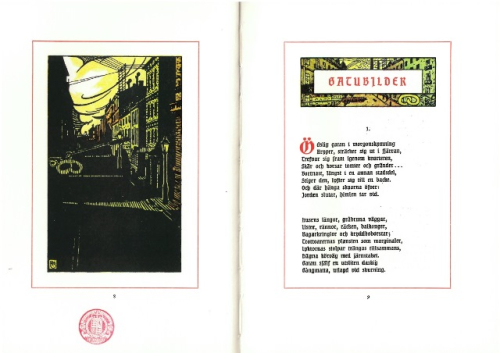 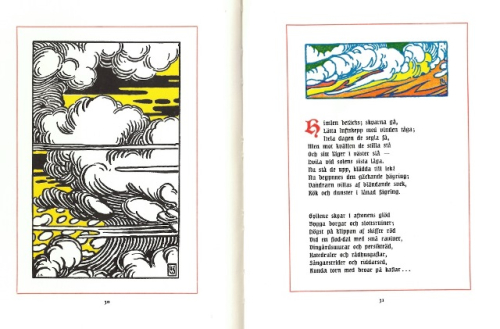 The stand-out poem in the collection, if not in all of Swedish poetry, ‘Stadsresan’ (The City Journey) moves from a perfectly harmonious Midsummer’s Day in Stockholm and the shores of Lake Mälaren to a sudden apocalyptic nightmare summoned by a pianist’s music. While such darkness always sits beneath the surface for Strindberg, it only takes the warmth of an impromptu audience and his wife’s hand on his shoulder for ‘life to smile again’. 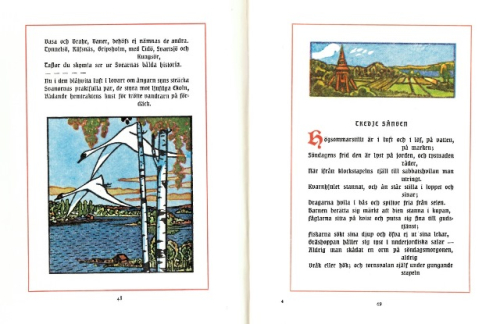 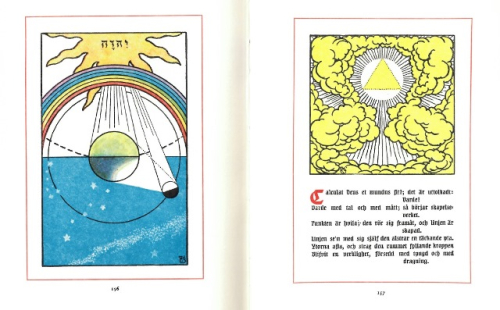 As the pianist steps back and the room begins to glow with the praise of the onlookers and the happiness of the family, the piano itself begins to gleam and, ‘Also it beamed out a power, it cast a glow all around them / Shone on the paltry furnishings, elevated the humble.’ Strindberg captures it precisely. In art, in poetry, in the illustrations of Sjögren and the words of Strindberg, the humble life is represented as it is and, in its simple beauty, is elevated at the same time.

Pardaad Chamsaz, Curator Germanic Collections
A second blog post on the collaboration between Strindberg and Sjögren will appear shortly.

Sten-Ove Bergwall, series of blogs on the collaboration between Strindberg and Sjögren