Esperanto – not what you thought?

Today is the opening day of the British and Pan-Celtic Esperanto Conference in Aberystwyth. 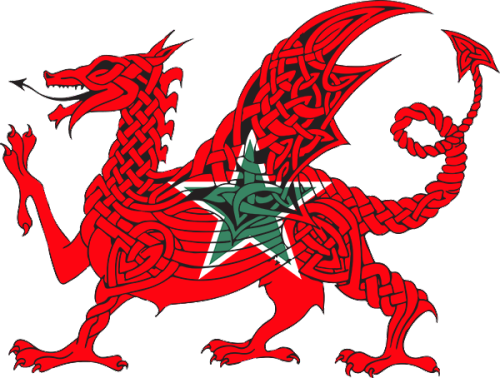 Logo of the Conference

Esperanto speakers? You’re probably thinking there can’t be many of them – and moreover that the few who do exist are probably crazy as well. Yes, you’re right that they are far fewer in number than the people who are learning English or, these days, Chinese. But how many are there? The truth is that nobody knows. If the figure of “more than 100,000” is good enough for Encyclopaedia Britannica, far be it from me to contradict it by giving my own estimate.

In any case, we can confidently say that there are a few million Esperanto speakers scattered throughout the world. If there weren’t, the Esperanto Wikipedia would not now be the 32nd largest in terms of the number of articles (as recorded in June 2016). Not to mention the 1.6 million learners who have signed up for the Esperanto courses with the language-learning site Duolingo.

Esperanto speakers are everywhere. The Universal Esperanto Association has members in over 120 countries. Esperanto speakers can also be found in the sort of places where you would never think of looking, such as East Timor and New Caledonia, and there are fascinating stories about the development of Esperanto in various countries, from China to the Czech Republic. The British Library’s Esperanto Collections reflect the history and diversity of the Esperanto movement and its publications. 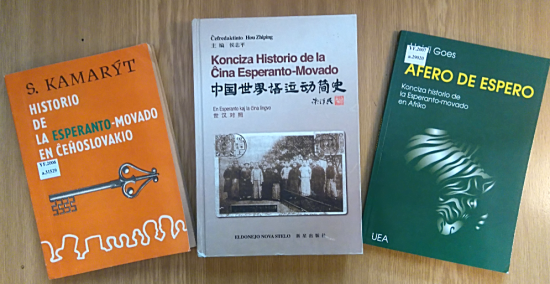 Zamenhof, the creator of Esperanto, belonged to those 19th-century visionaries who dreamt of universal brotherhood, peace and understanding. But during the very first World Congress in Boulogne-sur-Mer in France in 1905, a more practical group came to the fore, asserting that Esperanto was just a language, a means of facilitating international communication, and had nothing to do with airy-fairy dreams of a better world.

These are not the only divisions among Esperanto speakers. There are those who are working for it to become the world’s universal second language, and those who are happy for it to remain a niche interest and prefer to concentrate on developing its cultural potential. This second approach has a name: Raŭmismo, the Rauma movement, after the Finnish town where the World Esperanto Youth Congress  was held in 1980.

As a world-wide phenomenon the Esperanto community is exposed to many influences. During the last century numerous special-interest groups were founded, contributing to a truly colourful panorama. One of the earliest was the International Union of Catholic Esperantists. But unsurprisingly the Catholics were followed by the Protestants, then by the Orthodox Christians, to say nothing of Buddhists, Ōmoto (a Japanese religion), Muslims, Bahá’í and Mormons. Naturally, in response to all this religious activity the atheists could not fail to put in an appearance – but oddly enough, there is no Jewish association at the moment, although there is no lack of Jews in the movement as a whole. All these diverse groups have found common ground between the Esperanto movement and their own ideals. 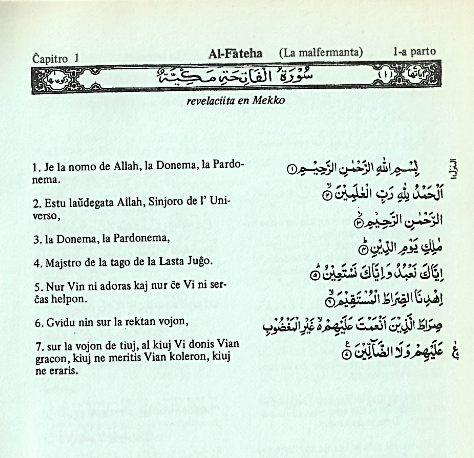 Afterwards came the Communist Esperanto speakers, the Socialists, Anarchists and other splinter groups who even fought in the Spanish Civil War, but now are more likely to fight amongst themselves. At the same time professional associations came into being, who used Esperanto as their working language and published specialist periodicals. You may be surprised to learn that there are doctors who discuss surgery in Esperanto. 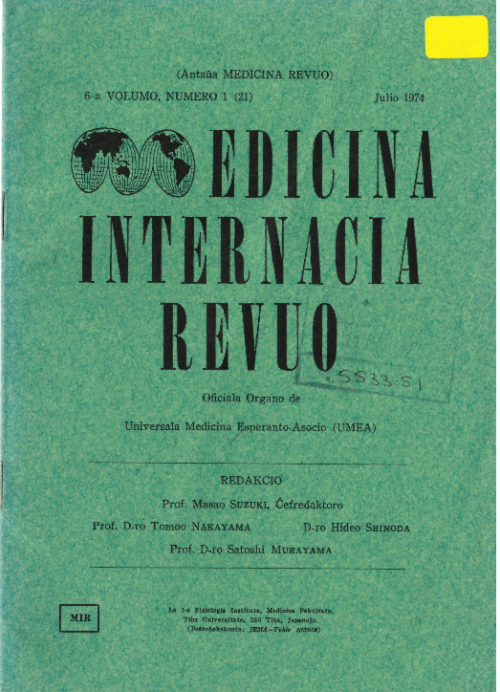 Then there are the railway workers, the journalists, the ecologists, the feminists and numerous others. Teachers are particularly important in a movement whose aim is to teach a language. Their association is the International League of Esperantist Teachers. 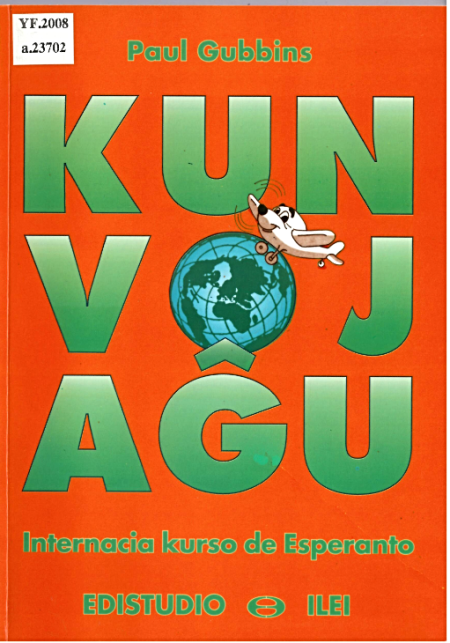 You might well ask yourself what all these diverse groups have in common. In fact, there is something.

The first general trait is being interested in “the other”. Esperanto was born with the aim of facilitating communication between people speaking different languages, and so curiosity about other cultures is part of its DNA. 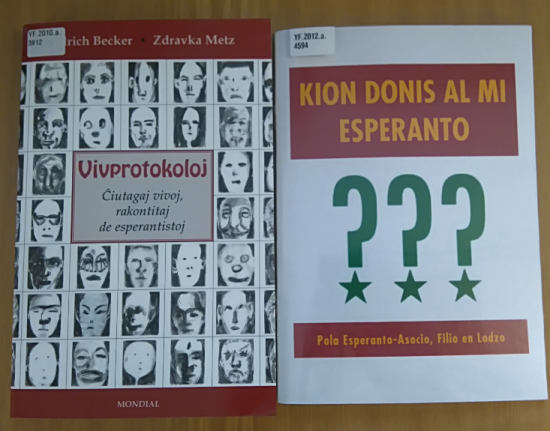 The second trait is tolerance. No one cares if you support some cranky fringe movement; you will be accepted anyway. The Esperanto-speaking world is open to groups who may be subject to some rather odd looks in the rest of society. Nobody in the UK now finds anything remarkable about being a vegetarian, but that was not the case as recently as the 1960s. The British Esperanto movement contains a higher proportion of vegetarians than society as a whole, as was shown in Peter G. Forster’s study The Esperanto Movement (The Hague, 1982; X.0900/323(32)). Homosexuals were welcome in the Esperanto movement at a time when homosexuality was still a crime in many countries.

In the 130 years since the first book in Esperanto was published, Esperanto speakers have been creating their own culture of novels, poetry, songs and jokes. Hundreds of thousands of books have been published, both translated and original. Many Esperanto authors are known for their writing in their own languages as well as Esperanto, for instance the British writer Marjorie Boulton. 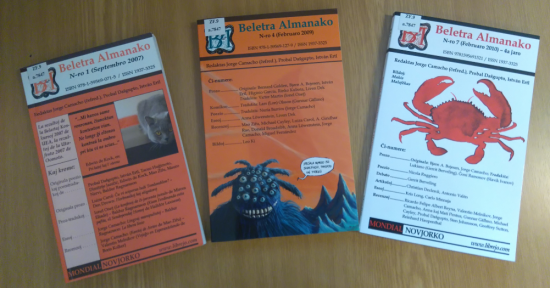 Musicians singing in Esperanto can be heard online (e.g. https://www.youtube.com/watch?v=27BP5sXwuTs), and many of the thousands who have started learning with Duolingo create videos for YouTube. You will also find many Esperantists on social media platforms. 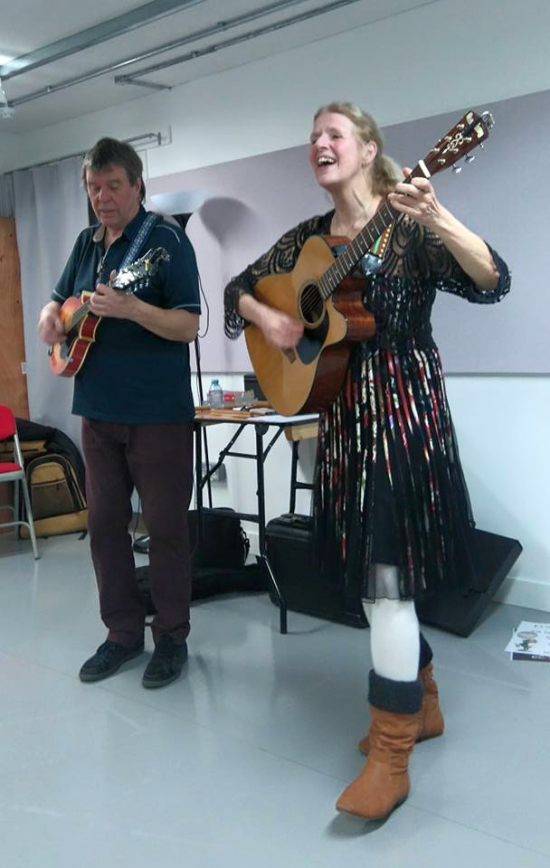 And finally, the last trait that all Esperanto speakers share, whatever their backgrounds or beliefs, is their love for the language itself and for the Esperanto-speaking community. For many couples Esperanto has even become their family language, particularly when they belong to different nationalities. They chat in Esperanto over the dinner table and use it to talk to their children.

Roberto Garvía Soto. Esperanto and its rivals: the struggle for an international language. (Philadelphia, 2015) m15/.11262

Esther H. Schor, Bridge of words: Esperanto and the dream of a universal language (New York, 2015). Waiting for shelfmark.