In the long 18th century, colour-printing techniques changed the ways in which information could be communicated. British Library collections of French books illustrate these seismic shifts, and highlights from its collections will be showcased in the study day 18th-Century Colour-Print Cultures, involving nine London collections, which is part of the conference ‘Printing Colour 1700-1830’ (10-12 April 2018, Senate House, University of London). Following technical innovations in printmaking processes in various European countries in the first half of the 18th century, colour printing flourished in France from the 1740s. It waned shortly after the beginning of the French Revolution, but French single-leaf colour prints were, and still are, very collectable because of their outstanding technical qualities and highly fashionable subjects.

Until the introduction of chromolithography  in the middle of the 19th century, French intaglio colour printing was dominated by illustrations about natural science. Colour printing was rarer in other disciplines, such as medicine, and it was briefly used to illustrate novels around 1800. Scientific illustrations in intaglio (etching and engraving are far more detailed than relief techniques, like woodcut) were first colour-printed in Holland, England and Germany in the early 1700s. By the 1780s, French engravers, printers and hand-colourers were producing the most refined scientific images in Europe, particularly in botany and zoology. They still faced strong competition internationally, especially from England and Germany, but the quality of their designs and colour-printing techniques was renowned. 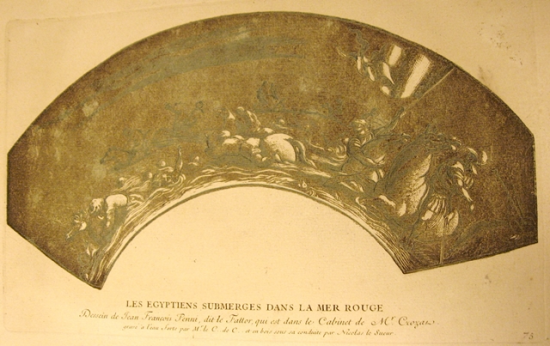 One item on display will be the first volume of the so-called Recueil Crozat of 1729, of which the second volume was published in 1742. The title translates to ‘collection of prints after the most beautiful paintings and drawings in France, from the collection of the King, from that of the duc d’Orléans, and from other collections’, with descriptive texts and biographies of the artists by Joseph-Antoine Crozat (1696-1751). He was the nephew of the great collector Pierre Crozat (1665-1740), owner of the (anonymous) collection mentioned in the title; Pierre died shortly before the publication of the second volume, and Joseph-Antoine inherited part of his vast collection. Some might say that this enormous project ‘democratised’ art collecting, because these reproductions of original artworks in French collections allowed many people unprecedented access to unique artworks through the then best-possible, full-colour reproductions. However, relatively few copies were printed, they were expensive items for elite collectors, and they celebrated royal and aristocratic collections. Nevertheless, it demonstrates how a range of new colour-printing processes created a new, relatively mass market for artwork. 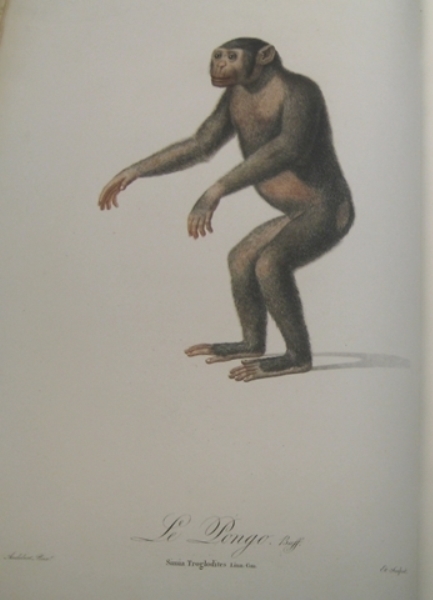 The display will also include a volume of Jean-Baptiste Audebert’s Natural history of apes and monkeys from ‘an VIII’ of the French Revolutionary calendar (1799/1800). It demonstrates how new colour-printing techniques transformed zoology through the exact depiction of animals, sometimes life size (hence this volume’s large folio sheets), to achieve the then-unsurpassed natural rendering of their skins and furs. Hand-colouring could not provide for that level of accuracy and standardisation across an edition. The colour printing in Audebert’s work transformed the understanding of apes and monkeys—and also the field of zoology itself. 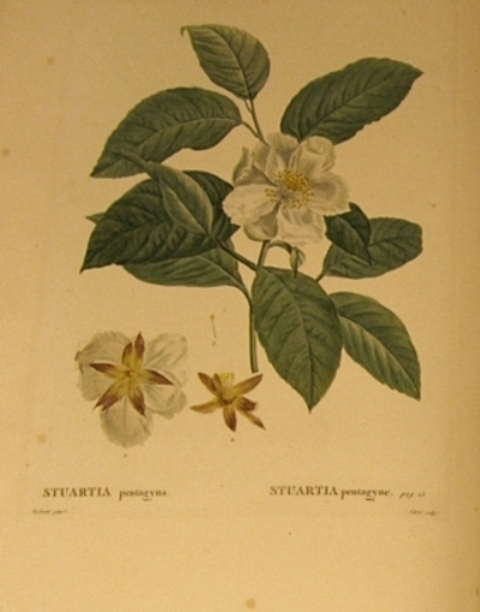 Another highlight will be one of the botanical volumes designed by Pierre-Joseph Redouté (1759-1840), which demonstrates the implications of these new techniques to the understanding of plants. The title boasts of the new information, much like textbooks in the 1990s might have boasted of a CD-ROM: ‘Treaty of trees and shrubs that are cultivated outside in France: with illustrations in colour’. This first volume of a series of seven exemplifies the high quality of French botanical publications, which were world-leading at the time. They visualised the scholar Henri Louis Duhamel du Monceau’s (1700-1782) extensive expertise through the draughtsmanship of Redouté (the most prolific botanical artist of his generation) and Pancrase Bessa (1772-1846), the engraving skills of a team of 54 engravers who translated their drawings into prints, the artisanal skills of the printers who inked each plate à la poupée in natural hues, and also the artistic skills of what must have been a large team (possibly of women) who delicately finished impressions with paint. 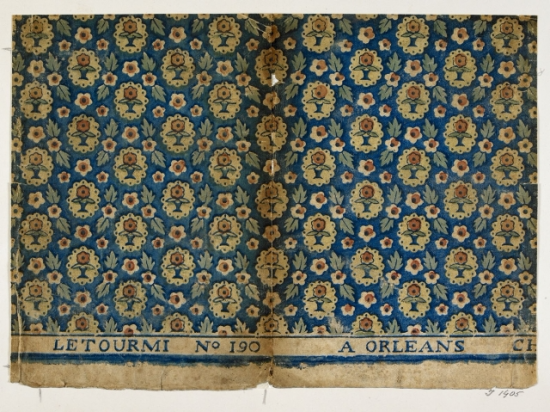 The display will be accompanied by a projection of 18th-century French decorated papers which are part of the Olga Hirsch collection  and have been digitised by the British Library (see Box 13, Hirsch J1390-J1415  and Folder 14, Hirsch J1416-J1436 ). The decorative colour printed sheets were meant for daily use. They contrast with the elegance and technical skill of the scientific illustrations. They were printed manually (that is, by block-printing or stamping), so they use matte pastes or water-based inks, rather than glossy oil-based printing inks. This means that a different palette was available to the producer, and the inks have a different and often less even appearance. This kind of colour printing is often omitted from the history of colour printing, because it was not produced with a printing press, but it would have been familiar to people of all social classes and far more common than the elite and educational uses that exemplify the furthest technological advances.