Literature of the Baltic countries in English translation

In this centenary year of the independence of each of the Baltic republics, Estonia, Latvia and Lithuania, great efforts are being made to promote the three very distinct literatures of those countries in translation. Until now, when lists of works appearing in translation were produced by the literature-promoting agencies of each country, English translations made up the shortest list among the European languages.

Since English is more widely spoken in Europe than the other languages into which translations are made, it is a matter of urgency to rectify this, and now, in this centenary year, being marked by ‘market focus’ status at the London Book Fair in 2018, there is a chance to showcase the rich diversity of Baltic literature – in translation.

The reverse side of the coin is the huge competition for the attention of English-speaking readers in the marketplace. Only a small proportion of each country’s literature is seen as worth translating into English, given the relative unpopularity of translated literature among Anglophones.

Part of the problem in the Baltic case is that there are practically no opportunities to study these literatures, either in the original or in translation, at British universities. At the School of Slavonic and East European Studies (part of University College London), from 2018 it will be possible to study an undergraduate course introducing the literatures of these three countries in English translation. The range of available texts is now at last expanding rapidly.

Each of the Baltic republics’ governments operates a state-subsidised translation programme; these have existed almost since the countries regained their independence in 1991. With the centenary celebrations and the market focus at the London Book Fair, English is being emphasised as a target language this year. Both modern works and the classical canon are being represented, and the introductory course will try to give at least a taste of as many genres and generations of writing from each Baltic country as possible. 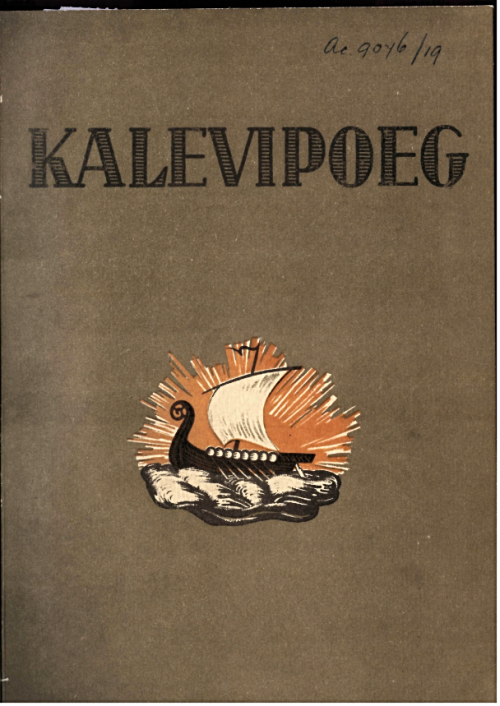 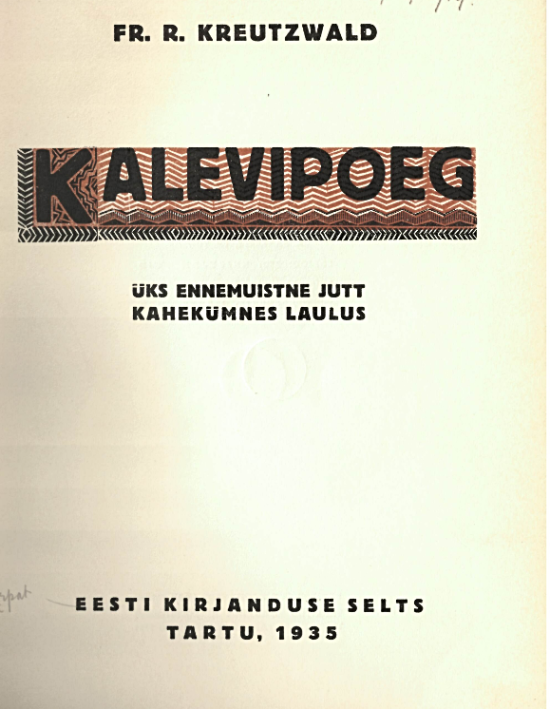 The languages are ancient, but the literary traditions are relatively young. To present the ‘folk’ literature of each nation is to be thrust into the 19th-century National Awakening which followed in the wake of Enlightenment scholars such as Herder and their influence filtered through the Baltic German nobility (at least in Livonia, the northern half of the region). In Estonia the national epic Kalevipoeg (The Son of Kalev) was largely the work of 19th-century authors Friedrich Reinhold Kreutzwald and Friedrich Robert Faehlmann, inspired by the more genuinely ancient folk poetry of the Kalevala in Finland.

In Latvia, too, the work of epic ancient heroism Lāčplēsis (The Bear Slayer) was the work of one 19th-century author, Andrejs Pumpurs. The germ of this creation, however, lay in much older oral verse, as gathered by Krišjānis Barons in his vast collection of dainas – short rhymed verses reflecting folk wisdom on various aspects of life, love and the annual cycle of the seasons. 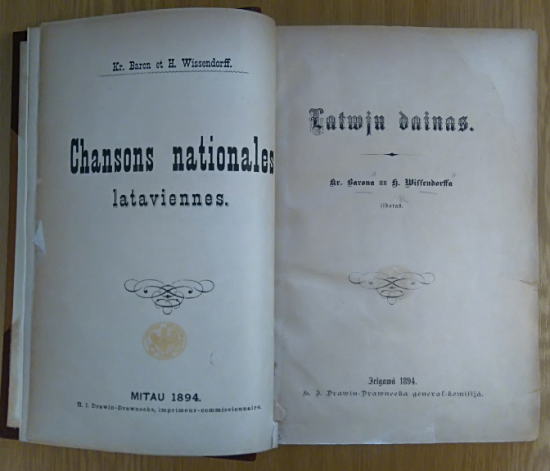 The situation in Lithuania was slightly different, the result of different historical processes and the long political association with Poland. The first notable Lithuanian work available in any kind of English translation is Kristijonas Donelaitis’ 18th-century poetical cycle Metai (The Seasons) – there were earlier poets and writers, but their work is still virtually inaccessible to the English speaker.

From the 19th century onward certain trends are detectable that reflect European literary movements of the time, but the works are also specific to each country’s situation. 19th-century literature is inextricably linked to the struggle for recognition and development of the languages as literary vehicles in their own right.

Early examples of the novel genre, such as the Latvian Kaudzīte brothers’ Mērnieku laiki (The Time of the Surveyors), are not readily available in English. In fact, any literature written before the first independence period (1918-1940) is hard to come by in English translation. Breaking away from foreign cultural models was linked to the prevalence of Russian and German in education in the Baltic countries. The full flowering of the novel came with independence, with authors such as A.H.Tammsaare and Friedebert Tuglas in Estonia and Andrejs Upītis in Latvia. Among the most prolifically translated Baltic authors is Jaan Kross of Estonia. 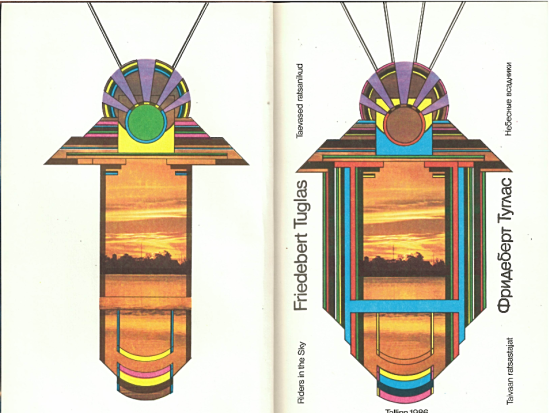 Poetry in translation is mostly confined to anthologised work, but it spans both of the independence periods. Some poets have achieved international distinction, such as Tomas Venclova from Lithuania and Jaan Kaplinski from Estonia. What is more difficult to obtain in English is drama – very few plays from the Baltic republics have appeared in English, not even the works of the Latvian Rūdolfs Blaumanis, and thus the survey of literature in translation is a little lopsided as to genres. 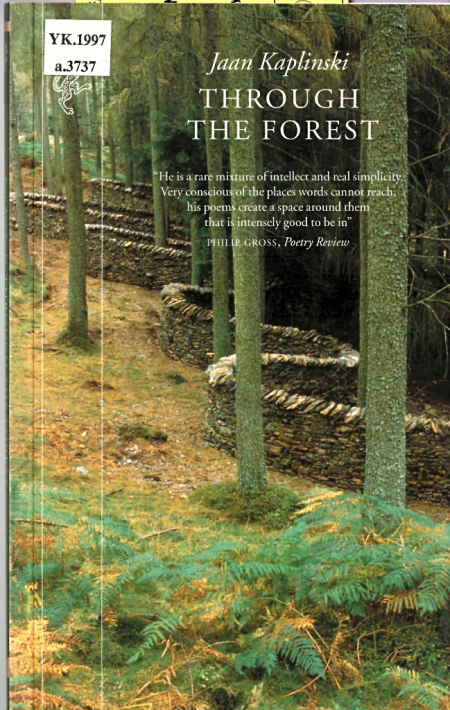 Contemporary literature is much more widely available in translation. Writers who lived into the second independence period, or are writing now, are making their literatures known more than ever before. In Lithuania, Ričardas Gavelis and Jurgis Kunčinas; in Latvia, Pauls Bankovskis and Zigmunds Skujiņš; in Estonia, Andrus Kivirähk and Indrek Hargla have recently become available in English, to name but a few.

Baltic literature in English translation is still patchy in its coverage. Certain writers who are central to the canon in their own countries – Oskar Luts in Estonia, Jānis Rainis in Latvia and Vincas Krėvė in Lithuania, are still sorely under-represented. But this is an exciting time to become acquainted with this previously little-known corner of Europe and the literary treasures it holds. 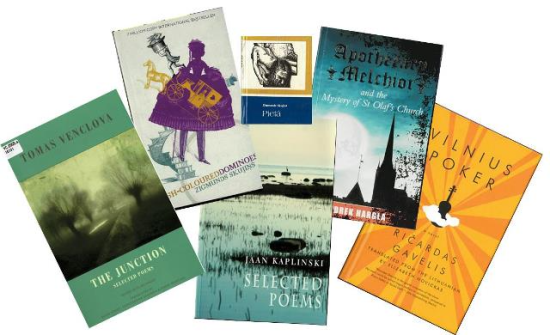 On 9 April the British Library will be hosting ‘Being Baltic’, a discussion with three leading Baltic writers – Mihkel Mutt (Estonia), Nora Ikstena (Latvia) and Kristina Sabaliauskaitė (Lithuania) chaired by Rosie Goldsmith. You can find more details and book online here.