Singing in the rain with Vítězslav Nezval

This year marks the centenary of the establishment of Czechoslovakia as an independent state. Today we also commemorate the 60th anniversary of the death of one of the new country’s most notable poets, Vítězslav Nezval. He belonged to the generation which found its voice as Czechoslovakia itself was finding its place on the international stage in culture as well as politics. 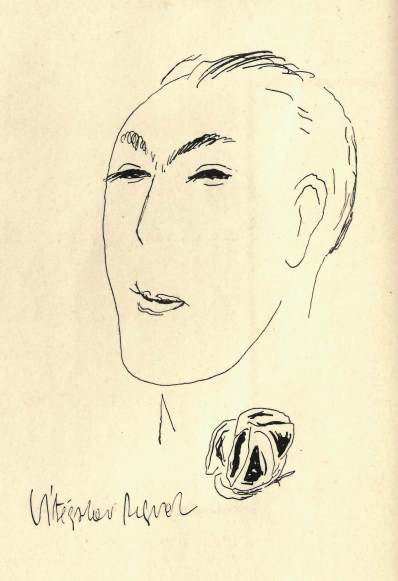 Many of the young poets of the First Republic were members of the left-wing avant-garde, in general strongly influenced by modern French poetry. They had made their acquaintance with it through Karel Čapek’s outstanding anthology of translations Francouzská poezie nové doby (Prague, 1920; Cup.410.f.663 ), and it would leave a lasting imprint on Nezval’s own development; in particular he was strongly influenced by Guillaume Apollinaire. 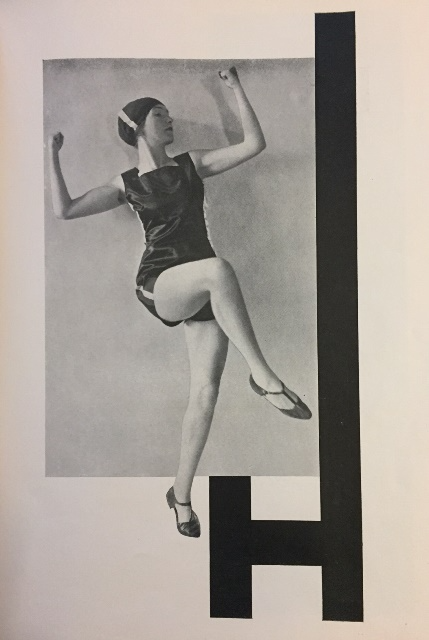 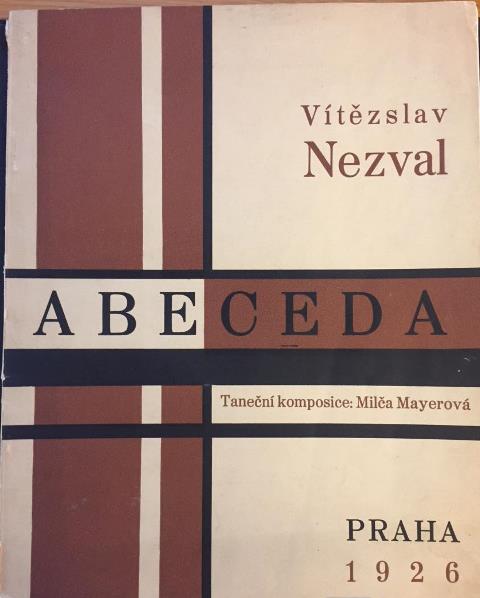 The dancer Milca Mayerová posing as one of the letters of the alphabet, and the cover of Nezval’s Abeceda (Prague, 1926) Cup.409.b.5.

Nezval, as the son of a musical and art-loving schoolmaster from Moravia, had displayed a talent for music early in life and was far more at home in artistic circles than at Charles University, where he studied philosophy but never graduated. His companions in Prague’s cafés and studios included not only Teige but also Jindřich Štyrský, Jaroslav Seifert and Toyen (Marie Cerminová), and in 1922 they bonded together to found the avant-garde group Devětsil (literally ‘nine forces’, the Czech name of the butterbur plant, but with an implicit reference to the nine founding members of the group). They frequently collaborated on artistic and typographical projects; Nezval’s poem Židovský hřbitov (‘The Jewish Cemetery’), for example, featured six original lithographs by Štyrský and typographic design by Teige. 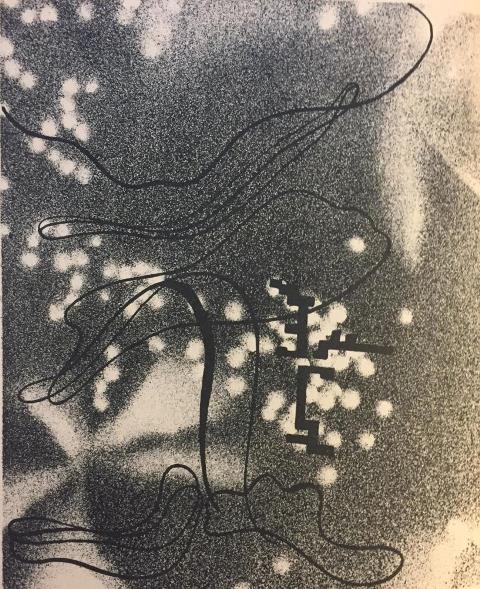 It was natural that Nezval’s interests should lead him to visit France, where he made contact with many of the most significant figures in the Surrealist movement, including André Breton and Paul Éluard. As a result of this a specifically Czechoslovak Surrealist group was established in 1934; Nezval had already translated Breton’s Surrealist Manifesto in 1930, and he went on to edit the group’s journal Surrealismus. His collections from this period, such as Praha s prsty deště (‘Prague with Fingers of Rain’; Prague, 1936; Cup.408.zz.27) reflect this influence, while a later collection, Absolutní hrobař (‘Gravedigger of the Absolute’; Prague, 1937; X.989/38352), was strongly influenced by the paintings of Salvador Dali and might be said to be his most Surrealist work. 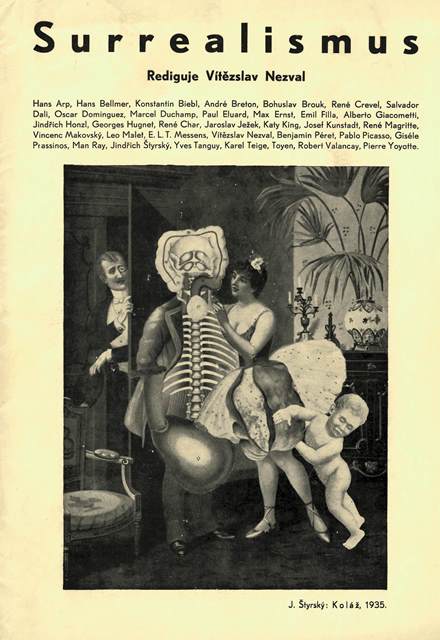 Initially the young Poetists had been eager for more extreme political action than that advocated by President Masaryk and his followers, and had identified with the international Marxist and proletarian movements. Nezval subsequently rejected André Breton’s doctrine, and returned to a less experimental poetic style which was linked to his staunch support for Communism. Unlike his contemporary Jaroslav Seifert, for example, who left the party in 1929 and went on to become one of the signatories of Charter 77 , Nezval remained loyal to it and from 1945 to 1950 even headed the propagandistic film department at Czechoslovakia’s Ministry of Information. He also composed an effusive poem in praise of Stalin, which makes uncomfortable reading when one considers the worst excesses of the era following the Communist takeover of 1948.

However, when his writings of this nature have been justly forgotten, it is perhaps for his evocations of Prague itself, its people, buildings and landscapes, that Nezval will be remembered. He portrays in loving detail its shop-windows at Christmas-time, its office girls waiting for a tram, its bridges, chimneys, markets and acacia-trees, and Prague in the midday sun, ‘beautiful as the mystery of love and improbable clouds’. And, summing up the quirky contradictions of Poetism, here is one of the best-loved poems from his collection Sbohem a šáteček (‘A Farewell and a Handkerchief'; 1933), ‘Pocket Handkerchief’:

I’m taking off today; I feel like crying—
Just time to wave my handkerchief, I see;
If all the world were one great gaudy poster,
Cynic, I’d tear it, throw it in the sea.

Just like a fish, this vale of tears absorbed me,
Its image, broken thirty times, composed;
Now leave me, skylark, your great glorious error,
If I must sing, I’d sob a bit, one knows.

The kerchief flutters down; the city opens—
Grotesquely, at the tunnel’s mouth, it breaks;
A pity death’s not just a long black journey,
From which, in some unknown hotel, I’d wake.

You whom I loved like Andrea del Sarto,
Turn a silk kerchief for fair women’s eyes;
And, if you know death’s just a leap, a moment—
Don’t flinch, now—Good day, goshawk!—up one flies!
(Translation © Susan Reynolds, 2011.)