John Bax (1793-1863) was an administrator in the Bombay Civil Service. Throughout his working life he kept a meticulous record of his travels between England and India, as well as around Great Britain, and across continental Europe and the Middle East. Two volumes of Bax’s journals have been digitised for the Qatar Foundation Partnership Programme, thanks to Bax’s descriptions of Arabia and Persia. However, these volumes also offer us an insight into life in early 19th-century Europe.

Bax’s overland journey from England to India during 1824 and 1825 is particularly illuminating, not least because it offers fascinating vignettes of life in the Habsburg Empire. Bax’s journey through the Empire’s dominions covered in excess of 1,000 kilometres. It took him from Salzburg to Vienna, where he stayed for several weeks over Christmas 1824, and then onwards to Buda and Pest, through Transylvania, stopping at the towns of Temeswar [Timisoara] and Hermanstadt [Sibiu], before passing into the Turkish province of Wallachia. 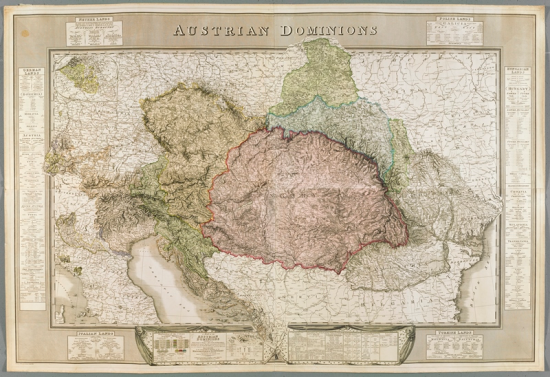 Bax’s diary entries reveal something of the internal contradictions and tensions of the Habsburg Empire; of the contrasts between its centre and far-flung frontiers, of strict religious codes versus cosmopolitanism, and the stark contrasts that existed between courtly opulence and provincial poverty.

Between Munich and Salzburg Bax noted that the ‘road is protected by whole troops of saints, several of whom were comfortably housed in a kind of sentry box.’ Of Salzburg itself Bax wrote that ‘the bigotry of [the town’s] inhabitants is of ancient date and no Protestant is permitted to domicile there.’ Bax added that ‘We were required to specify our religion immediately upon arrival’ (f 209). 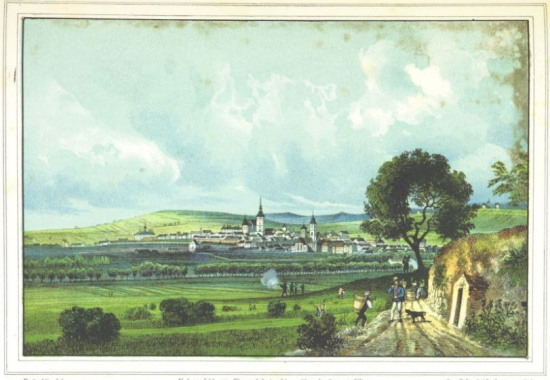 Bax was ambivalent about Vienna. He described the ‘want of energy and activity of the inhabitants’ and the ‘changeless monotony of society’ as not befitting the capital of a large Empire. However, Bax did note that ‘all the finery and clothes of the city’ were on display at the Prater on New Year’s Day, and that the music of the carnival seasons was ‘universally of the superior order’. Bax appears to have thought the most ‘imposing spectacle’ of his stay was the funeral procession of an Austrian Field Marshal (ff 210-211).

When Bax arrived at Buda the town was still a distinctly separate entity from Pest, its modern neighbour, on the opposite bank of the Danube. 24 years elapsed after Bax’s visit before the Széchenyi Chain Bridge linked the two towns. In Buda, Bax wrote that during ‘the summer months, there is a bridge of forty-seven boats’ across the river, which were opened up for one hour each morning to allow the passage of other vessels up and down river (f 213). 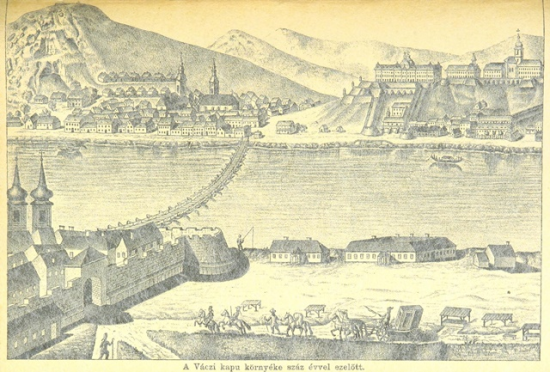 In 1825, large parts of the Habsburg Empire had been liberated from Ottoman rule only a century previously. In Transylvania, Bax saw for himself past and present attempts to protect the region’s towns from the Turks. His journal indicates the contrast between the ‘strong fortified’ Timisoara and the ‘dilapidated’ red brick walls of Sibiu. On the road between Timisoara and Sibiu, Bax wrote of villages ‘built of wood and mud’, in which ‘poverty seemed to reign on every side in pale and wan squalidity’ (f 215). 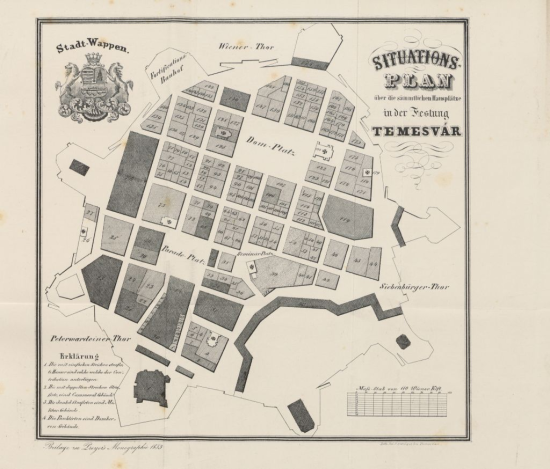 When Bax arrived in Sibiu the carnival season was in full swing. He described dancing crowds of ‘Germans, Hungarians, Greeks, Saxons and Transilvanians [who] were nightly exhibiting a succession of the most intricate figures.’ On his departure from the town he witnessed a marriage procession, led by a man ‘bearing aloft a long pole to which streamers of various colours were attached’, followed by a fiddler, the bride and groom, and a ‘mob of men and women and children’ (ff 216-217). 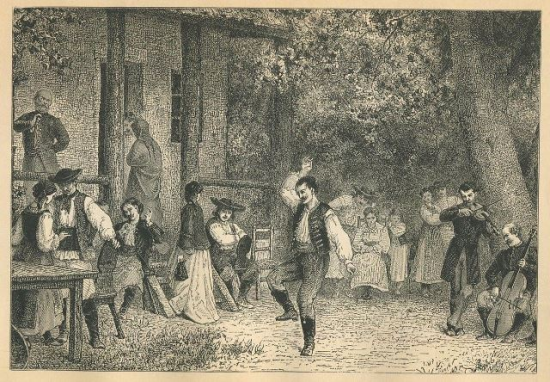 You can read more of John Bax’s travels throughout Europe and elsewhere, in the first of his two volumes of travel journals, now available online on the Qatar Digital Library.