If we are to believe the legends, to be a prominent figure in the development of Greek drama is to be almost guaranteed a sticky end; Sophocles was said to have choked on a grape, Aeschylus to have been hit on the head by a tortoise dropped by an eagle, and Euripides to have been attacked by a pack of hounds. The premature death of Costantinos Chatzopoulos was less dramatic but no less unfortunate for the modern Greek theatre. In 1920, he was returning with his family from Greece to Munich, where they had lived for several years, to collect the possessions which they had left behind on their precipitate departure in 1914. While travelling on the Montenegro, an Italian steamer, he was suddenly overcome by a violent attack of food poisoning and died shortly afterwards. 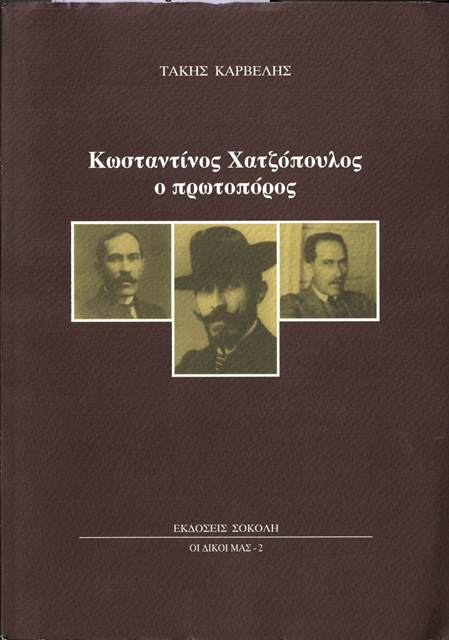 When Chatzopoulos was born on 11 May 1868, Greece was still a poor and culturally backward country, cut off from the rest of Europe for linguistic and historical reasons. Little had changed since Byron and Hölderlin had expressed their frustration at the incapacity of the Greeks to live up to the glorious reputation of their forefathers and throw off the Ottoman yoke. When Athens was declared the capital in 1834 it had only 10,000 inhabitants; as late as 1907 the illiteracy rate was 40.5% among men and 82% among women. 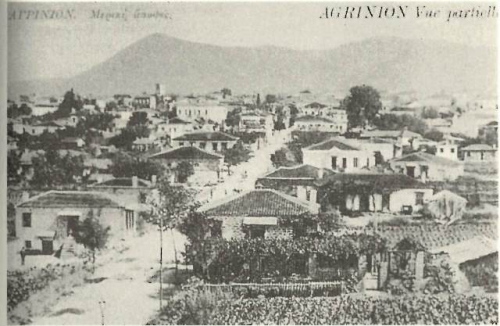 Although Chatzopoulos’s father was a farmer from Agrinio, three of the seven children went into literature; Costantinos’s younger brother Dimitris became a writer and Zacharias a journalist. Costantinos did his military service in the Balkans, studied law at the University of Athens, and practised this profession briefly (1891-93) before an inheritance enabled him to devote himself to writing. In 1898 he published a volume of poetry, Tragoudia tēs erēmias (‘Songs of Solitude’) under the pseudonym Petros Vasilikos. 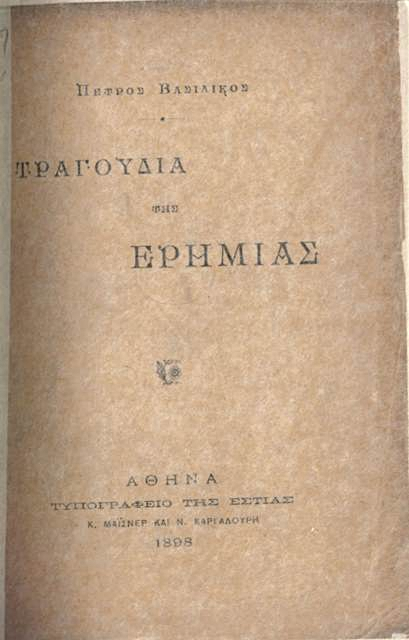 He was also active in the promotion of demotic Greek instead of the ‘sanitized’ Katharevousa, and in 1898-99 collaborated with Yiannis Cambisis on Technē (‘Art’), the first periodical in Greece to be written in Demotic. Its 12 issues contained translations of contemporary German and Scandinavian literature and critical theory, and bore witness to Chatzopoulos’s fascination with Nietzsche. He had studied German in Athens with the classicist Karl Dieterich, and in 1900 he made his first visit to Germany, wishing to improve his knowledge of the language in order to read German classics in the original.

Emerging from the narrow and constricting atmosphere of Greece, Chatzopoulos tended to view Wilhelmine Germany through rose-tinted spectacles, going so far as to describe it as a haven of personal freedom. It was during this stay that he met his future wife, the Finnish painter Sanny Häggman, and in the summer of 1901 he visited Finland. Over the next few years he embarked on a considerable career as a translator not only of German but of Scandinavian authors including Schiller, Lessing and above all Goethe, who enabled him, as he wrote to a friend, to ‘turn around and understand the Parthenon that stands right behind my window’.

The first permanent theatre in Athens had been established in 1840, but the profession of director was slow to develop. In 1901, however, the Royal Theatre was established  with Thomas Oikonomou as its director. In this climate Chatzopoulos’s translations were eagerly welcomed, and made a considerable contribution to the development of the modern Greek theatre; they included Goethe’s Iphigenie auf Tauris (1910) and Faust (1916), Hugo von Hofmannsthal’s Elektra, Ibsen’s When We Dead Awaken, and works by Strindberg, Grillparzer, Gogol, Gerhart Hauptmann and Hermann Bang. Not surprisingly, as an Ibsen enthusiast he was one of the first to support women’s rights in Greece.

Unlike Hölderlin’s Hyperion, whose sojourn among the Germans proved a source of disillusion and disappointment, Chatzopoulos was eager to return, and went back in June 1905 with his wife and three-year-old daughter Senta to settle in Munich. They also spent time in Berlin, and only left Germany on the outbreak of war in 1914. During these years he made the transition from poetry to prose, publishing short stories such as Taso and O hyperanthrōpos (‘The Superman’), published as a collection in 1916, which reflected social change and growing urbanization during the reforms of Eleftherios Venizelos, who became prime minister of Greece in 1910.

Significantly, this coincided with Chatzopoulos’s growing interest in the ideas of Karl Marx. However, when the socialist ideals which he had cherished in Germany were confronted with the reality back in Greece after his reluctant return, Chatzopoulos was embittered by the realization that there was little chance of mobilizing the Greek labour force to create an effective organization. An article which he published in the Greek press also noted Heinrich Mann’s all-too-accurate depiction in Der Untertan (Leipzig, 1918; 012554.a.10; translated into English as Man of Straw) of the spirit of Imperial Germany and the threat which it posed in cultural and political terms. His career closed, as it began, with poetry; in the year of his death there appeared his two final collections, Aploi tropoi (‘Simple Ways’) and Bradinoi thruloi (‘Evening Legends’; Athens, 1920; X.908/18945). 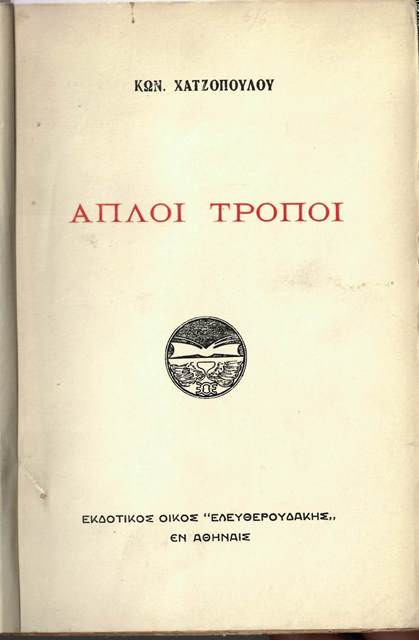 He did not live to see Greek culture increasingly influenced by France rather than Germany, and his premature death protected him from witnessing developments in his second homeland which would have caused him anguish and deepened the schism between ideal and reality which many critics have identified in his work. Yet in his comparatively short life he not only captured images of a society in rapid transition but spun strong threads to weave it firmly into the fabric of wider European culture.