This year sees the 200th birthday of political philosopher Karl Marx, who was born in the German town of Trier on 5 May 1818. 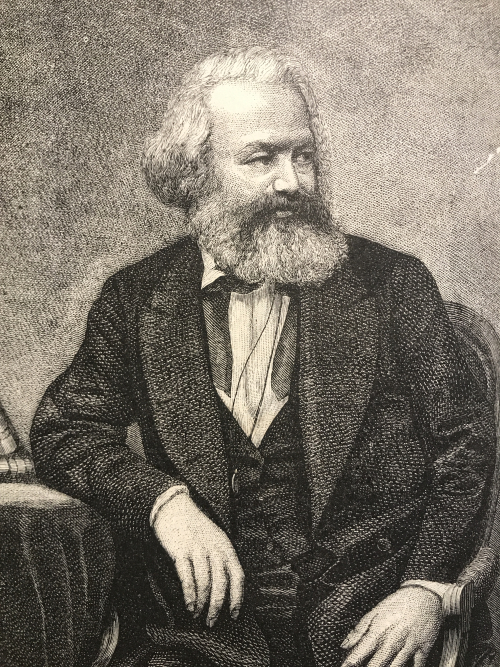 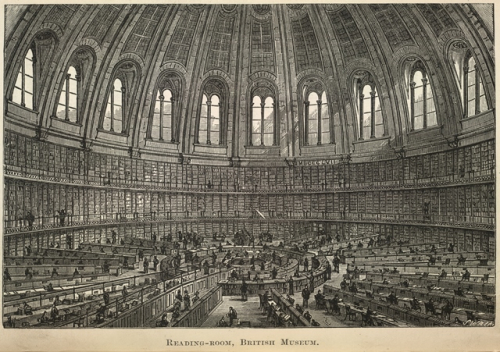 The Round Reading Room of the British Museum, completed in 1857, where Marx spent much of his time as a reader. From Thomas Greenwood, Free Public Libraries, their organisation, uses and management (London, 1886) 11902.b.52.

From the first edition of the Communist Manifesto to letters written by Karl Marx, Friedrich Engels and others in their circle, items from the Library’s collection provide an unique insight into the life and work of one of history’s most significant and controversial thinkers. 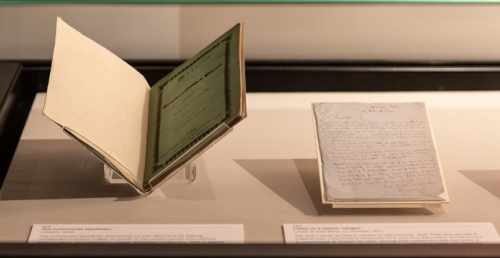 Marx made London his permanent home after being forced into exile after taking part in the German revolution of 1848. He famously spent long hours in the British Museum, researching and writing his works that would go on to shape world history.

One highlight of the exhibition, displayed for the first time, is an original edition of the French translation of Das Kapital (1872-75), which Karl Marx himself had donated to the British Museum Library. Crucially, it contains some annotations in the margins that are believed to be in Marx’s own hand. There is a chance to learn more about this book and its significance in a talk by the exhibition curators on 18 June (book tickets here). 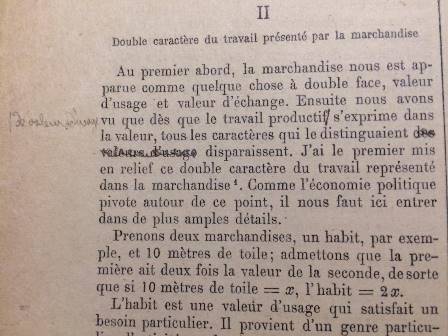 One of the manuscript corrections in Le Capital (C.120.g.2.), thought to be in Marx's hand

The run-up to the bicentenary has seen lots of new artistic, academic and wider public engagement with Marx’s life. Last year, a new play Young Marx was performed at London’s Bridge Theatre to great acclaim, while Oscar-nominee Raoul Peck directed a film on the topic. Members of both production teams, as well as novelist Jason Barker, are coming to the British Library on the afternoon of 5 May to discuss these recent re-imaginings of Marx. The panel discussion is followed by a rare UK screening of Peck’s The Young Karl Marx (last minute tickets are available here).

Also, on 16 May, recent biographers of Karl and Eleanor Marx, Gareth Stedman Jones and Rachel Holmes, will be speaking at the Library about these two fascinating characters, their lives in London, and their wider legacy. 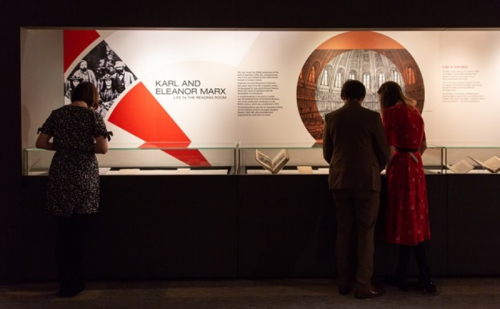 The British Library is of course not alone in marking Marx’s birthday. From a large exhibition in Marx’s native Trier, to a variety of events in the UK and a display in Nanjing in eastern China – the Marx anniversary is a truly global affair.

Find out more about the ‘Karl and Eleanor Marx’ display in The Sir John Ritblat Treasures Gallery and the accompanying series of events at the British Library here.