A year ago my colleague Barry Taylor wrote a post for this blog about a wild man being seen in the Hartzwald in Bohemia and commented on an anthology of wild men (RB. 23.a.24200). This brought to my mind associations with regions that I am very familiar with and that are dear to me.

The mention of Hartzwald and wild men made me smile immediately: I am from the Harz Mountains in the north of Germany; and in the forests there is a little town by the name of Wildemann. 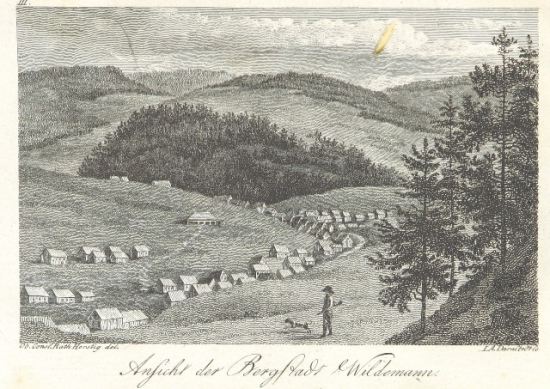 Here I recall several bemusing conversations with colleagues about the name of my home region, all based on the mutual misunderstanding of the geography and word play: “I am from the Harz Mountains”, I’d say. “Ah, you are from the Hartzgebirge?” would be the response – yet one of us would mean Bohemia, the other Germany.

Both mountain ranges, the Hartzwald in Bohemia, and the Harz in Lower Saxony, in central Germany, between the rivers Weser and Elbe, are indeed similar medium range mountains, of similar geological age. They are covered in forests, with pine trees and other conifers being the predominant trees. Hence the name Har(t)z, which derives from “Hart”, as the Harz mountains were also known until the later middle ages, meaning “mountain forest” and “Harz”, meaning resin, the viscous secretion of plants and of conifer trees in particular. And, in their remoteness and sparse settlement, they’d lend themselves to being home and origin of myths and fairy tales, - as well as being ideal refuge and hideaway of whoever might need it (wild men included).

In the case of Wildemann the place name points more to the tales and legends of the local mining community, and the imaginary names the local miners would give to their settlements and mine shafts. 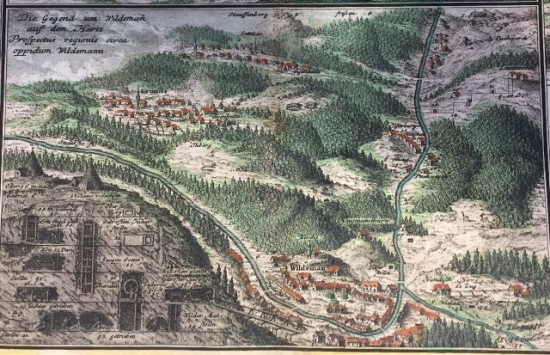 According to the folk tale, a “wild man” was seen along the banks of the river Innerste, now the location of the small town of Wildemann. The tale describes him as a tall man, a giant, who also had a companion, a giant lady, and, in defence, was swinging a tall fir tree, as his weapon. The miners tried to capture him at have him questioned by the Earl in Brunswick, but the wild man died in transport. Along the river banks, where they had first seen him, a rich lode of ore was then discovered.

The Harz in North Germany was location of a rich mining industry, with gold and silver mining, and later, ore mining active from 968-1988, one of the richest and longest mining traditions in Europe. Thus this wealthy mountains became a region where kings and emperors like residing – the city of Goslar has an Emperor’s palace, where the travelling court of the kings and emperors would hold court – and this might be the reason, such significance of these rich, green, wild forests, that King George III took an interest in the region. There were ‘Four views of the Harz Forest’ in his collection, now in the British Library as part of the King’s Library. 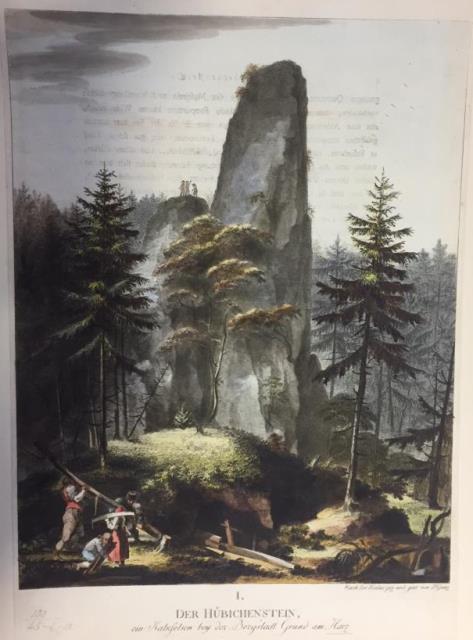 And of the mining village-town of Wildemann there is a map: 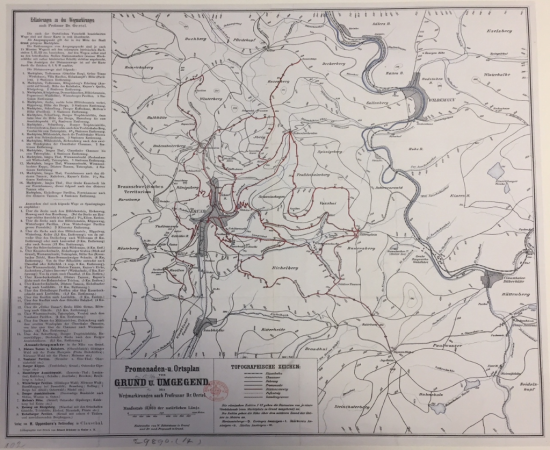 How gold and silver were first discovered in the Harz Mountains is worth telling – and then there is yet another wild man with a realm in a kingdom of mountains and pine forests, back in Bohemia: both stories will bring us back to mountain tales and legends.

Posted by Olga Kerziouk at 4:35 PM